The name Vitaly Bulgarov might not ring any bells, but you’re certainly familiar with his creations. His futuristic ideas and extravagant mechanical blueprints were used in high-profile projects such as Transformers, Terminator, Robocop, World of Warcraft, and Starcraft. But now that Bulgarov has partnered with the company Korea Future Technology, his ideas are transitioning from outlandish concepts to practical designs.

The 13-foot-tall, Method-1 mechanical suit is just one product of this exciting collaboration. The Method-1 not only looks impressive, but it’s also programmed for real-world functionality. A human pilot sits in the center glass-encased cockpit, gripping a pair of arm controls. As the pilot waves his arms inside the cockpit, the mechanical suit precisely mimics every motion.

If you thought this was a stationary creation, then think again. The Method-1 is capable of walking on flat surfaces both forwards and backwards. When it comes to movement, though, there remain a few considerable setbacks. Currently, the robotic suit needs to be tethered by a cable to a power source, and needs assistance from an attached moving girder to prevent falls. 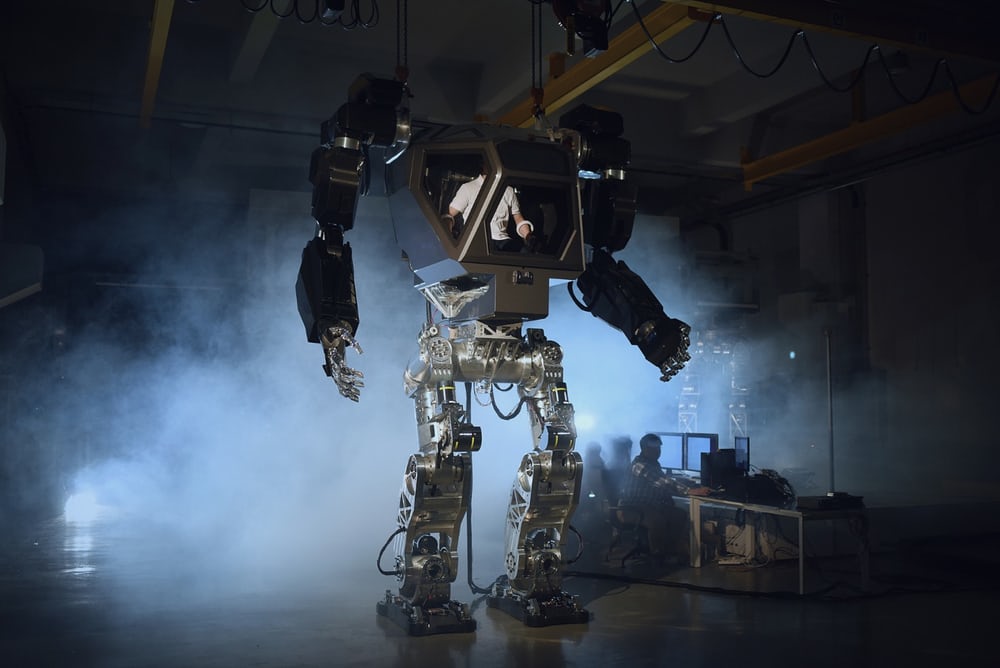 Recently, Bulgarov detailed the future plans for this high-tech creation, “The company’s short-term goals include developing robotic platforms for industrial areas where having a tethered robot is not an issue. Another short-term, real-world application includes mounting only the top part of the robot on a larger-wheeled platform, solving the problem of locomotion through an uneven terrain as well as providing enough room for sufficient power source.”

The second short-term application described by Bulgarov is scheduled for restoration work at the Fukushima disaster site in Japan. Following a major earthquake in 2011, a 15-meter tsunami disabled the power supply of three Fukushima reactors, causing a serious nuclear accident. Hopefully, this complex gear can assist with the ongoing cleaning process. Until then, watch how the Method-1 currently functions in the video below.