The European Space Agency has finished inspecting the second of two solar arrays that belong to the BepiColombo Mercury Transfer Module (MTM).

The MTM will carry two orbiters using solar electric propulsion and gravity assist flybys all the way to Mercury. After its expected launch October 2018, it’ll partake on a 7.2-year journey, reaching its target in 2025.

Before arriving to Mercury, the MTM will separate, leaving the two science orbiters at the mercy of the planet’s polar orbit. Then, those two devices will eventually disconnect and continue toward their planned courses.

One of the MTM’s five-panel, 15-meter-long solar arrays is on display in the image below. Although out of view, the solar array attaches to the module toward the right of the photo. Engineers are seen meticulously validating alignment, and performing electrical and illumination tests. 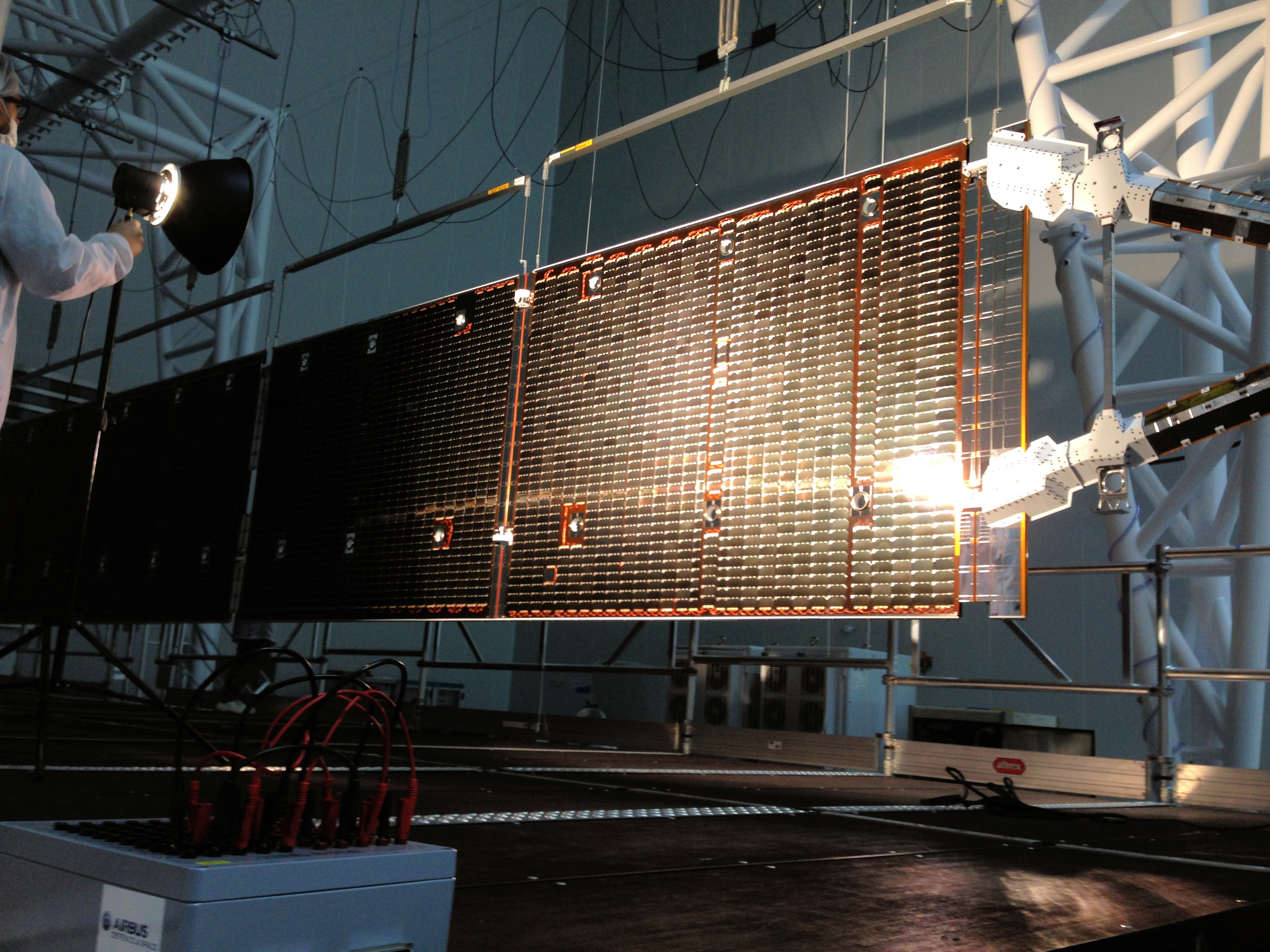