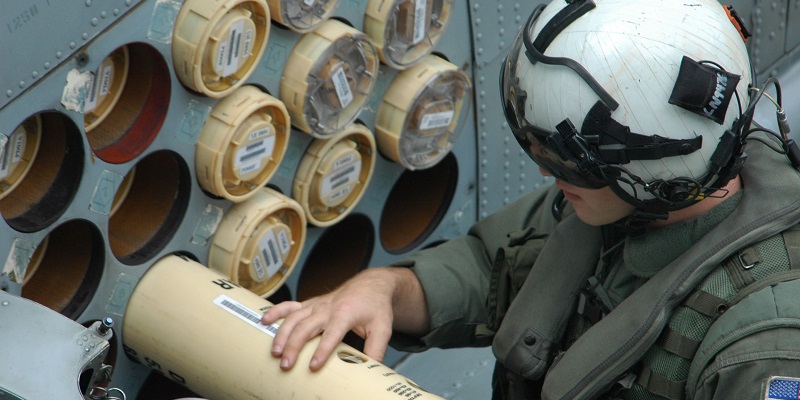 The U.S. Department of Defense (DoD) announced in its Monday digest of contracts that Indiana-based manufacturer Erapsco will be awarded a $178.5 million modification to a Navy contract for the delivery of up to 136,500 of its sonobuoys.

According to Erapsco, a sonobuoy is used to detect and classify objects moving through the water. The device is usually used to detect submarines through monitoring the noise the watercraft’s propellers make, known as active detection, or bouncing a sonar “ping” off the ship, a process known as active detection. Sonobuoys also use multi-static methods to identify a submarine. The three foot long devices are usually dropped into the water from an aircraft.

All of the funding involved with the firm-fixed-price, indefinite-delivery/indefinite-quantity will be assigned with individual delivery orders. The work will be performed in DeLeon Spring, Fla. (51.7 percent) and Columbia City, Ind., (48.3 percent), and should be finished in October 2017.

Lockheed Martin received a $260 million modification to an Air Force contract for long lead efforts involving 28 C-130J transport aircraft. The labor will be performed in Marietta, Ga., and should be finished by April 30, 2017.

Boeing will be given an $897 million modification to a Navy contract for 15 EA-18G warefare aircraft and associated airborne electronic attack kits. None of the funds being awarded will expire at the end of the 2015 fiscal year. The work will be performed throughout the U.S., with the exception of a small amount of labor that will be conducted in South Korea. The work should be finished in January 2018.

California-based communications company ViaSat will be awarded a $13.1 million Air Force contract for Mini Crypto, which is a cryptographic module placed in a variety of communication devices to protect data and insure the safety of anything with which those devices communicate. ViaSat will provide engineering and manufacturing development with options for production of the devices.

More than $2 million in fiscal 2015 and 2016 research and development funds will be assigned with the award. Seven companies submitted offers for the cost-plus-incentive-fee contract. All of the work will be performed in Calrsbad, Calif., and should be finished by Oct. 30, 2020.