More than 200,000 computers across 150 countries have been affected by a large-scale cyberattack in the past few days. The ransomware WannaCry encrypts information on computers and asks users to pay $300 in exchange for decryption.

According to press reports, the malicious software was first spotted in Russia but rapidly spread across the globe in what might turn out to be an attack of unprecedented scale. The attackers took advantage of a known flaw in Windows XP, the operating system that is still used by millions of PC users and machines across the globe. Microsoft officially stopped providing security support for XP in 2014 but issued an emergency patch in response to the latest attacks.

As our chart illustrates, the $300 ransom asked of users affected by the WannaCry attack is low compared to other attacks in recent years. The average ransom across all attacks known to security software provider Symantec in 2016 was $1,007. 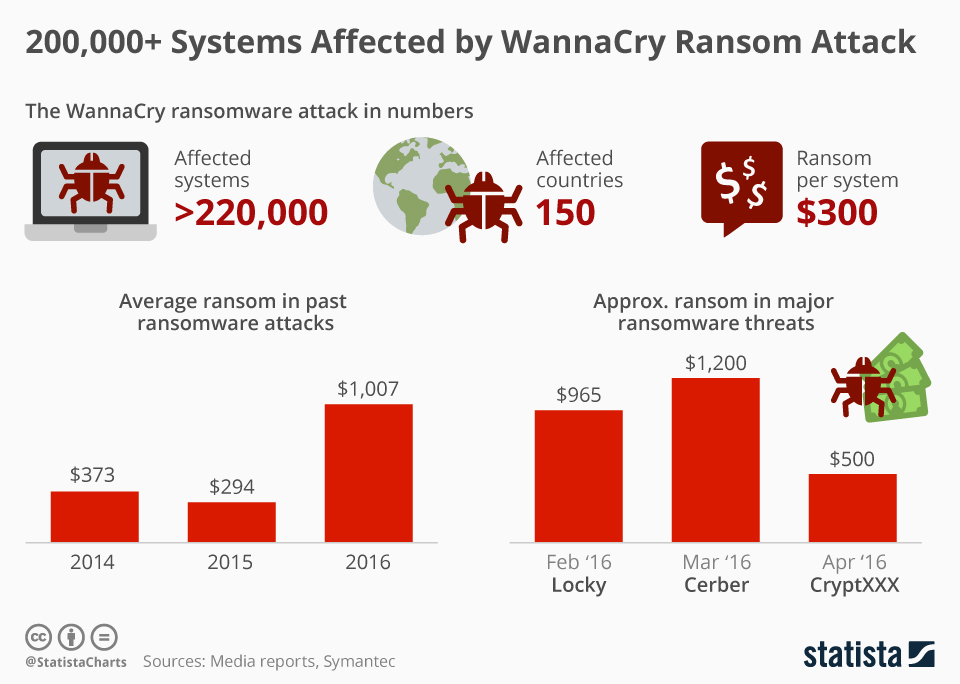