Instead, you can have an awesome cast with pressure sensors, bluetooth speakers to play your music, LED lights, gyroscope, accelerometer, and WiFi enabled Intel Edison.

Meet BOOMcast, a 3d printed cast with embedded electronics so that a doctor can monitor a broken limb’s physical state from anywhere in the world. The BOOMcast is programmed to deliver medical information to a doctor, and play music from a cell phone, and map pressure and audio data into LED lights that convey information to a patient. BOOMcast was created by the engineers and designers at FATHOM. The 3D-printed body and functional ratcheting straps (FDM Nylon 12 for impact strength and durability) were built on additive manufacturing equipment including the Fortus 900mc and Objet500 Connex3 from Stratasys.

The sole of the cast was built in PolyJet multi-materials (rigid substructure with rubber-like cushioning). This version was for Mike North of Prototype This! And Outrageous Acts of Science on television, after he broke his fibula.

Typical casts would not suit his lifestyle, which involves a lot of travel. In flight, air pressure changes often cause swelling in the limbs, which would not be good for broken legs in a nonflexible cast.

The cast enables North to maintain an active, enjoyable lifestyle that doesn’t compromise the healing process. The BOOMcast is a clever demonstration of how wearable technologies can be used for innovative medical purposes. As North puts it, “This thing is badass.”

In addition to cool features like Bluetooth-enabled speakers from Boombotix and Intel Edison (WiFi-enabled) powered by SparkFun, Adafruit, and Arduino, the cast had to be durable and easily removable, especially for TSA security checks.

Real-time data are transferred to the cloud. BOOMcast includes four force-sensitive resistors (FSRs) that record the contact pressure along the leg to indicate whether the healing bone has exceeded the doctor’s recommended load-bearing conditions.

The cast’s fully functional speaker system projects any music desired and has a double-stomp function for hands-free track changes. The speakers are also programmed to exude inaudible low-frequency tones that research indicates facilitate the healing of fractured bone. 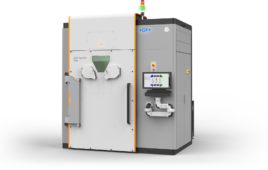 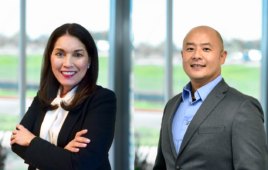