The Northrop Grumman Cygnus resupply flight 10 (CRS-10) is scheduled to launch to the International Space Station in mid-November. The craft’s cargo includes several tons of crew supplies and science experiments ranging from 3D printing and recycling to simulating the creation of celestial bodies from stardust.

Read more about some of the science NG CRS-10 delivers to the space station:

Refabricator demonstrates an integrated 3D printer and recycler for the first time aboard the space station. It recycles waste plastic materials into high-quality 3D-printer filament, which could enable sustainable fabrication, repair, and recycling on long-duration space missions. The recycling capability eliminates the need for carrying a large supply of feedstock. Current challenges of this type of 3D printing include quality control and consistency of feedstock material. 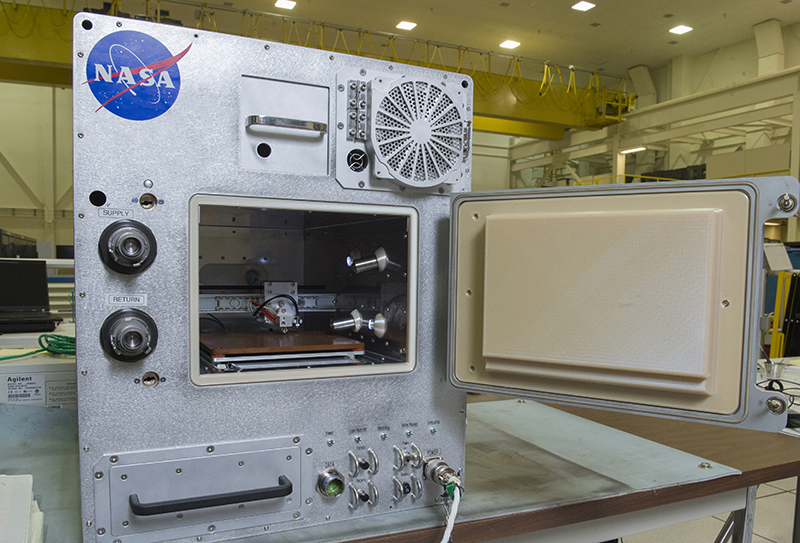 The Refabricator flight hardware as it appears when installed in the EXPRESS Rack on the space station. Credits: NASA

Changes in sensory input in microgravity may be misinterpreted and cause a person to make errors in estimation of velocity, distance or orientation. VECTION examines this effect as well as whether people adapt to altered sensory input on long-duration missions and how that adaptation changes upon return to Earth. Using a virtual reality display, astronauts estimate the distance to an object, length of an object and orientation of their bodies in space. Tests are conducted before, during and after flight. The investigation is named for a visual illusion of self-movement, called vection, which occurs when an individual is still but sees the world moving past, according to principal investigator Laurence Harris. The Canadian Space Agency (CSA) sponsors the investigation.

The MVP-Cell 05 investigation uses a centrifuge to provide a variable gravity environment to study the complex process of cement solidification, a step toward eventually making and using concrete on extraterrestrial bodies. These tests are a follow-on to the previous studies known as Microgravity Investigation of Cement Solidification (MICS), which studied cement solidification in microgravity.  Together, these tests will help engineers better understand the microstructure and material properties of cement, leading to design of safer, lightweight space habitats and improving cement processing techniques on Earth. This investigation is sponsored by NASA. 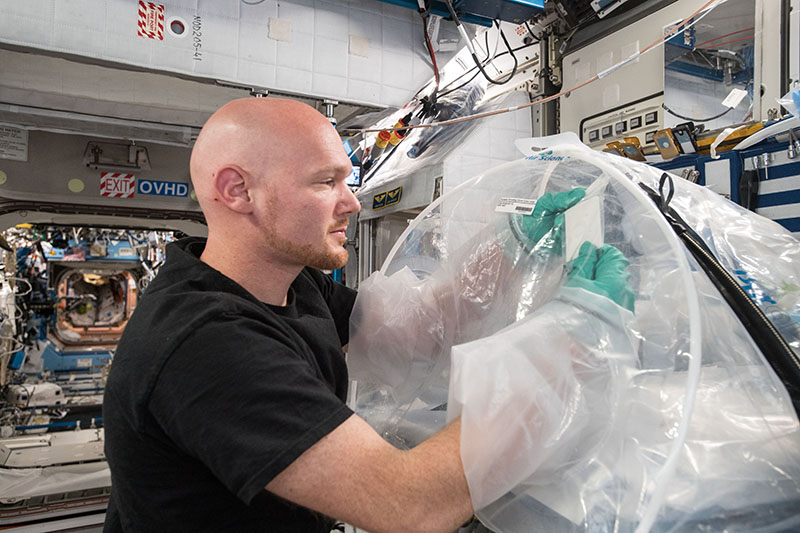 The CASIS PCG-16 investigation grows large crystals of an important protein, Leucine-rich repeat kinase 2, or LRRK2, in microgravity for analysis back on Earth. This protein is implicated in development of Parkinson’s disease, and defining its shape and morphology may help scientists better understand the pathology of the disease and develop therapies to treat it. Crystals of LRRK2 grown in gravity are too small and too compact to study, making microgravity an essential part of this research.

Membranes represent one of the most energy-efficient and cost-effective technologies for separating and removing carbon dioxide from waste gases, thereby reducing greenhouse gas emissions. CEMSICA tests membranes made from particles of calcium-silicate (C-S) with pores 100 nanometers or smaller. Producing these membranes in microgravity may resolve some of the challenges of their manufacture on Earth and lead to development of lower-cost, more durable membranes that use less energy. The technology ultimately may help reduce the harmful effects of CO2 emissions on the planet.

These are just a few of the hundreds of investigations currently happening aboard the orbiting laboratory. 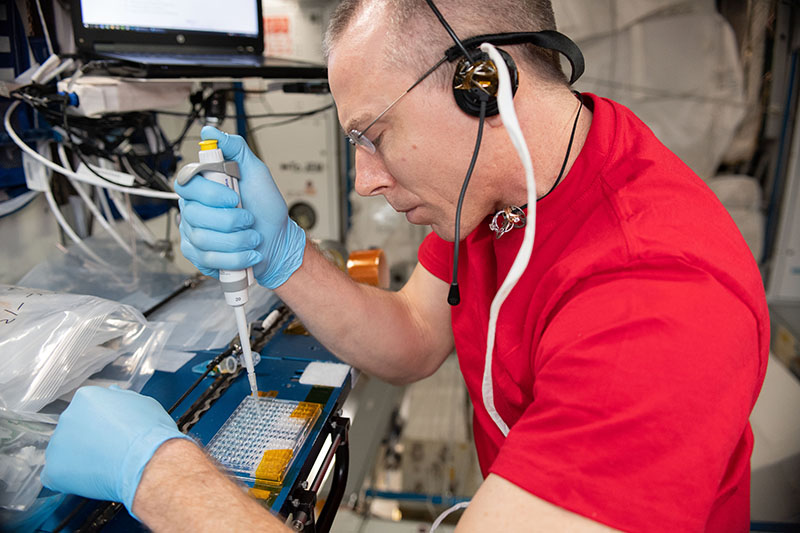