NPT stands for National Pipe Tapered threads, also known as ANSI/ASME B1.20.1 pipe threads. It is a U.S. standard for measuring tapered threads on threaded pipes and fittings. Threaded pipes can give an effective seal for pipes using hydraulic fluids. Sometimes referred to as MPT (male pipe threads), NPT threads are not interchangeable with NPS (National Pipe Straight) threads. Unlike straight threads found on a bolt, a taper thread will pull tight, making a closer seal. A sealant compound or PTFE (Polytetrafluoroethylene) tape must be used to ensure a leak-free seal. 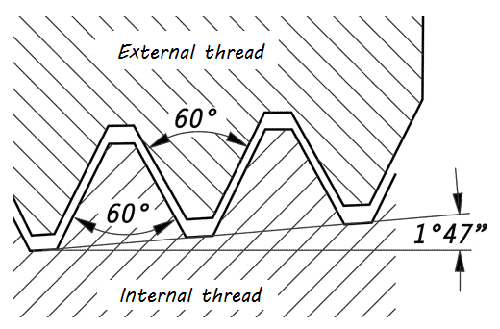 Sizing
The NPT threads sizing chart includes data for external and internal pipe threads. The taper rate for all NPT threads is 1/16—3/4 in. per foot (62.5 mm per m)—which is measured by the change of diameter over distance. The outside diameter (OD) of a pipe or fitting must also be measured; both the TPI and OD are required for accurate identification of thread size because more than one size can have the same TPI.

Commonly used sizes include: 1/8, ¼, 3/8, ½, ¾, 1, 1 ¼, 1 ½, and 2 in. These can be found on pipes and fittings used by most U.S. suppliers. Sizes less than 1/8 in. are sometimes used for compressed air, while sizes more than 2 in. are less common, mainly because other joining methods are more often employed with these larger sizes.

Leakage issues associated with NPT
NPT threads were initially designed for water pipe plumbing (60 psi), not for hydraulic systems. However, they have been used in hydraulic systems for many years. Pipe threads in general are not recommended for high-pressure applications as they tend to leak more than any other style of connection. As previously mentioned, NPT requires some kind of sealant placed on the threads before assembly.

NPT threads are more likely to leak than their Dryseal counterparts; however, either thread type will leak if undertightened. A general tightening standard has yet to be established, but keep in mind that tightening requirements change with each re-use and/or type of sealant used. Also note that overtightening can crack the female port. 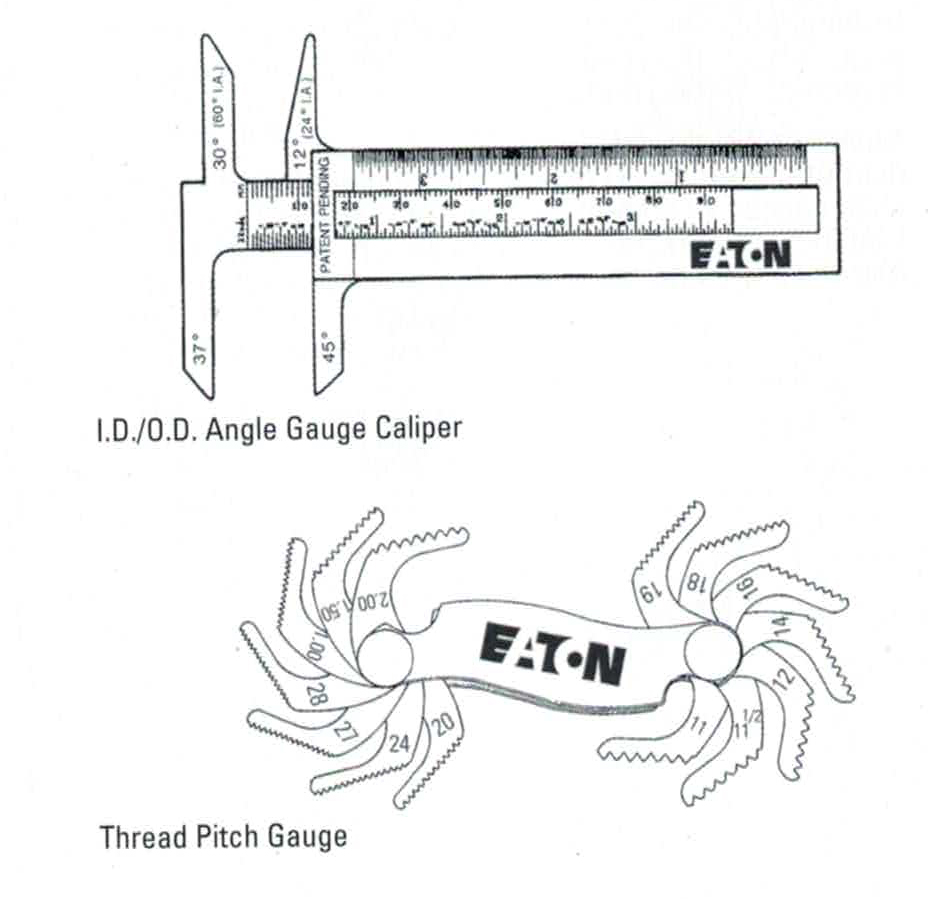 Measuring for a leak-free seal
In the imperial system, TPI is measured by how many crests (threads) there are per inch; the metric system measures the distance between two crests.

Using the trial-by-error method, try different thread gauges until you determine the tightest fit; engage as many threads as possible—the more threads engaged, the more accurate the reading. Hold the fitting and thread gauge up to the light, looking for gaps between the gauge and thread. This is easier to see on a male connection than a female one.

The post What is NPT? appeared first on Hose Assembly Tips.