With the arrival of low-priced consumer targeted 3D printers, some users of this technology ask why it needs to cost so much and when will the higher-priced versions go on sale? A look at the inner workings of these printers answers these questions.

Why invest in a $15,000, $35,000 or higher cost fused deposition modeling/fused filament fabrication (FDM®/FFF) 3D printing technology when there are other extrusion printers out there that are under $2000 (such as RepRap)? Well, it depends on what you want to do with your system, and, as the caveat goes—“you get what you pay for.”

The technology behind Fused Deposition Modeling was invented by Scott Crump, CEO of Stratasys. The term FDM is trademarked by Stratasys. At least one of the patents issued to Mr. Crump has expired, enabling companies like RepRap to use that knowlege to develop their versions of extrusion systems. RepRap coined the term fused filament fabrication to avoid trademark conflicts.

These 3D printer systems use extrusion to deliver material that is used to build a three-dimensional part. Extrusion is one of the six primary processes in 3Dprinting/additive manufacturing. The others are jetting; lamination; melting as in electron beam melting or direct metal deposition; photo curing; and sintering. As of today, there are more FDM® machines than any other type in the world, including the consumer targeted units.

One of the strengths of this technology is that it can use a range of materials to develop good and strong mechanical properties in parts. Another strength is that these systems can handle any geometric complexity you can create. One critique often leveled at 3D printing technology is that parts tend to take longer to build, compared to a CNC subtractive operation. Such an argument does not necessarily consider part complexity, material, and other factors. Build speed in extrusion systems is a function of the material feed rate, the plotting speed, the rate at which the material can be melted, and the weight of material. For total throughput time, you may also want to consider the programming time for a CNC, support removal for a 3D printed part, as well as curing and applying an infiltrant if necessary.

The extrusion process consists of simultaneously advancing and melting a ribbon of material through a computer controlled nozzle deposition unit. (By contrast, laser sintering systems rely on the crystalline nature of powdered material to change to a curable liquid state when hit with high heat.) The material flows through the nozzle under pressure to ensure a constant rate of flow. In Stratasys systems, for example, drive wheels push a thermoplastic filament into the heating chamber of the extrusion unit, which heats it to a flowing consistency.

As long as the flow rate of the material is coupled with the motion of the extrusion head, your parts will have consistent and accurate dimensions. Ensuring that the material and the nozzle move together is challenging, as both are constantly changing; the extrusion head accelerates and decelerates as it travels across the build platen. In addition, the X-Y movement of the nozzle must coordinate with the Z movement of the build plate for consistent material deposition. As the head speed changes, the drive wheels need to adjust the material flow rate to deliver a precise ribbon width that changes as needed to produce the part. The lower cost extrusion systems often use stepmotors that drive belts to move the plotter system, but the tradeoff is accuracy and speed. The more expensive etrusion systems use servo drives and lead screws, which deliver the needed accuracy for more precisely built parts. The Stratasys Fortus 900 mc, for example, uses ball screw drives.

Ensuring that the material and the nozzle move together is challenging, as both are constantly changing. Lower cost extrusion systems often use stepmotors that drive belts to move the plotter system, but the tradeoff is accuracy and speed. The more expensive extrusion systems use servo drives and lead screws, which deliver the needed accuracy for more precisely built parts as shown in the Stratasys example here.

In Stratasys machines, for example, the material flowing from the nozzle typically measures 0.008 to 0.038 in. wide (0.20 to 0.97 mm) and as fine as 0.005 in. high (0.13 mm). On the highest performance Stratasys machines, though, part accuracy or tolerance reaches as high as 0.003 in. (0.08 mm). By comparison, injection molding’s accuracy is 0.005 in. These measurements are not available on the lower cost consumer style extrusion systems, or even on many of the desktop personal use systems.

The diameter of the nozzle also affects the material’s flow rate, as well as minimum feature size and part porosity. These factors partly explain why extrusion-based processes are well-suited to building large parts, rather than very small parts with tiny wall thickness.

The path to accuracy

Extrusion systems build a part differently from laser-based systems. Both use a layer-by-layer approach, but in extrusion, an outline of the part is deposited first. This outline determines the accuracy of the build part’s dimensions, so the deposition speed is often slower to ensure precise deposition. Then, the nozzle fills in the outline using specific, established fill patterns of back and forth motion. These fill patterns are similar to the cut patterns used by CNCs in planar pocket milling.

In the higher priced extrusion 3D printing units, software handles the slicing, the outline deposition, the fill-in deposition, support creation, and other printing parameters, while still giving you a choice of ranges. In the lower-cost systems, you may have to code these functions from start to finish.

Keep in mind that the nozzle may need to make frequent turns to handle corners and edges. Cornering can be a challenge in extrusion processes; how it is handled will affect build speed as well as the strength and dimensional accuracy of your parts. A concern during material deposition is that the nozzle could damage the material already laid down for the outline as it fills in the part. Also, your fill-in pattern needs to ensure that material is extruded close enough to bond layers to the outline as well as to each other well.

Many materials used in extrusion machines display an Anisotropic quality, where they will show different properties, such as strength, depending on the layer direction. Different layering strategies will give you different part strengths.

Be aware that as the nozzle fills in the part, there can be gaps as the nozzle changes direction, or moves into corners, or at the ends of a part. The higher end systems alternate material flow rate and speed to handle this issue.

The material should solidify quickly and bond to previously extruded material. Sometimes, this can be an added layer of complexity, as the build chamber is kept at a high temperature to ensure material flow.

Many parts built through extrusion require that you also design supports that will be built concurrently. With some extrusion systems, these supports are generated automatically through the software. Supports can be made of material similar to the build item or of a secondary material.

In some machines, the extrusion head alternates between part material and support material during deposition. Keep in mind, though, that the supports must be removed from the part without damaging the part.

The material in the extrusion unit has to be in a form that can flow through the nozzle. Some systems use heater coils to keep the material in a flowable state.

The build chamber must also maintain a consistent temperature to ensure proper flow, but not be so high as to impede bonding. Depending on the extrusion system or material, the material solidifies based on heat or a chemical reaction. With chemical, the material reacts to some additive, be it a curing agent, a solvent, the air, or the process of drying.

Another factor affecting material dimension is gravity. Once extruded, gravity and surface tension may alter the final dimensions of the part.

Part cooling is not necessarily a linear process. You may see some dimension shifts and porosity develop simply because of cooling. Ensuring the proper temperature in the build chamber can reduce the likelihood of dimensional changes and porosity.

Stratasys is the largest manufacturer of extrusion-based systems. The line includes the Dimension units, uPrint SE, as well as the Fortus line. The Dimension offering lets you control a few build parameters, and works with ABSplus material. The two printers in the Dimension line vary by build envelope size and layer thickness options.

The uPrint SE is a desktop version that has one layer thickness setting and one build material. These machines are primarily geared toward concept exploration. The Fortus line offers one of the largest build envelopes (3 x 2 x 3 ft), can print in different layer thicknesses, and can works with nine different materials.

Aside from Stratasys systems, other extrusion systems include the RepRap, MakerBot, BotMil, and 3DTouch units. The MakerBot and BotMil units typically come in kit form, although MakerBot also offers an assembled version.

There are good reasons why some extrusion-based 3D printing systems have a high purchase price. Their technology addresses the issues of build speed, part build accuracy and strength, production capacity, as well as maintenance to deliver as automated a build process as it technically possible at this time. Cost is only one consideration with 3D printing technology. MPF 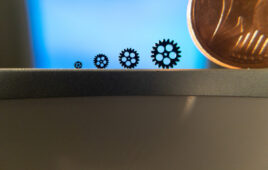 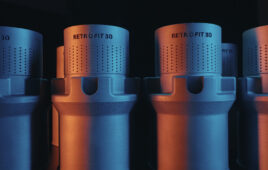