Over 9,000 allied troops were killed or wounded during the invasion, but by the end of the battle, the Allies had regained their foothold in Europe, a critical move that turned the tide of the Second World War against Nazi Germany.

A day of great carnage, D-Day was the largest sea invasion ever undertaken. What follows is a series of photos that capture some of what happened on that day. 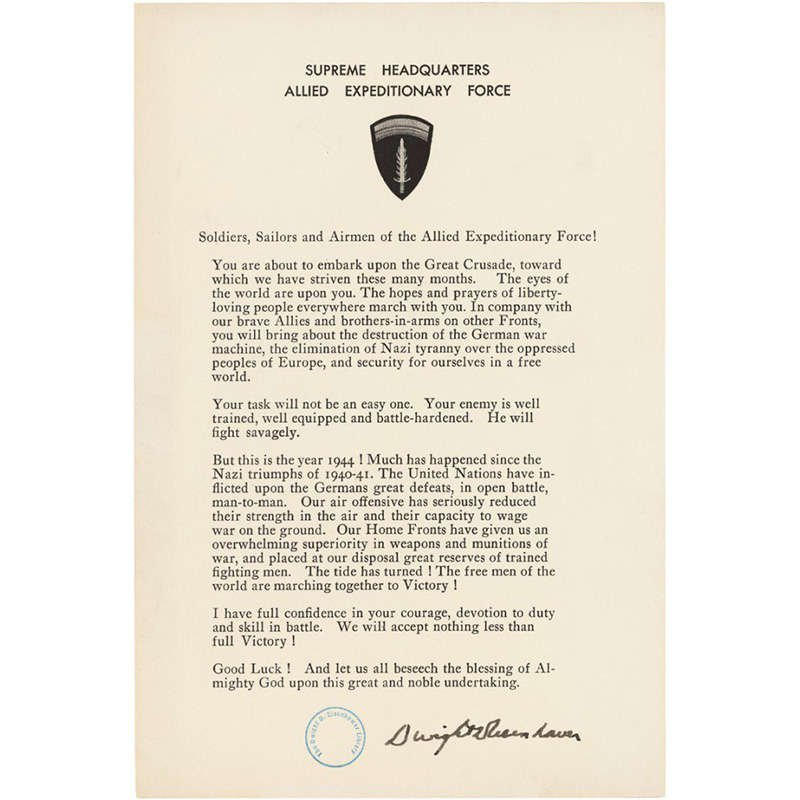 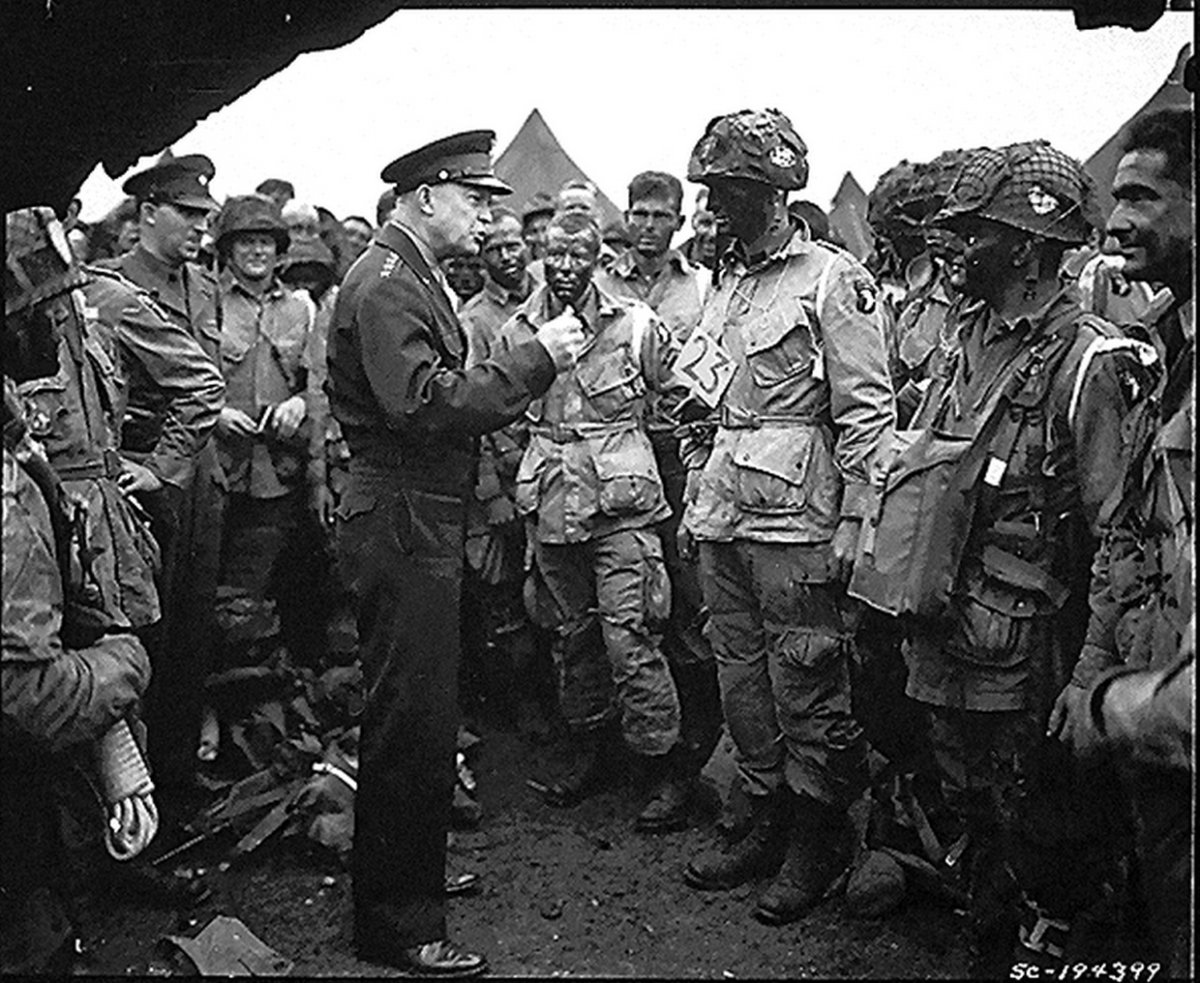 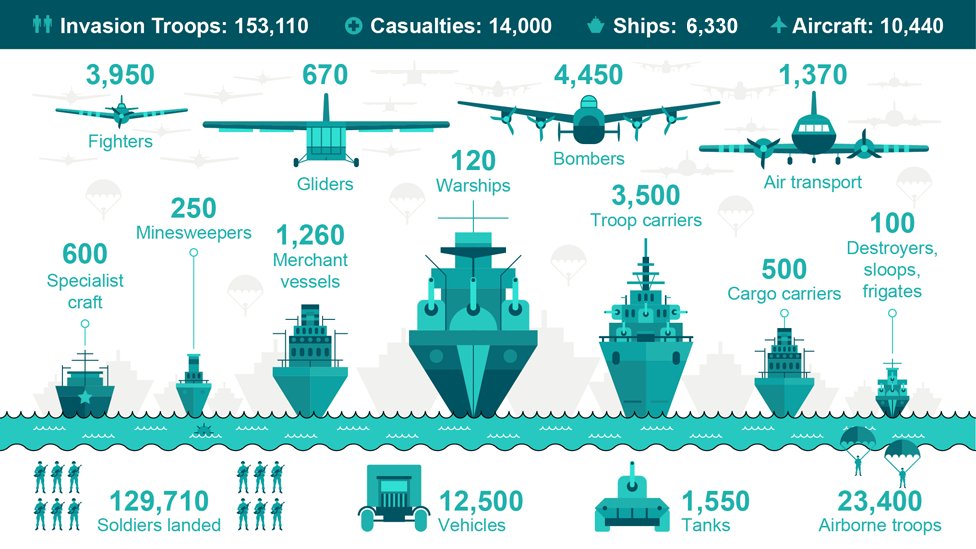 D-Day by the numbers. (Credit: The SITREP) 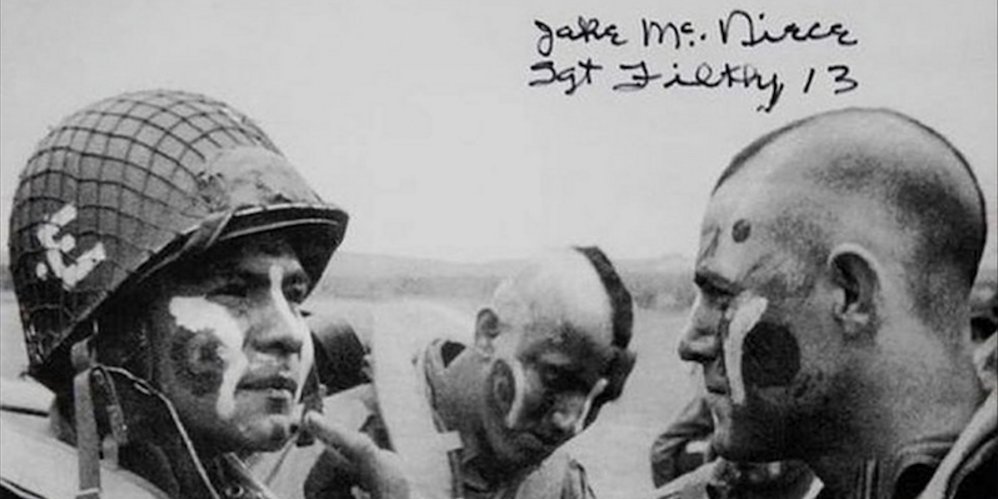 US soldiers assigned to the 101st Airborne Division, apply war paint to each other’s face in England in preparation for the invasion. (Credit: National Archives) 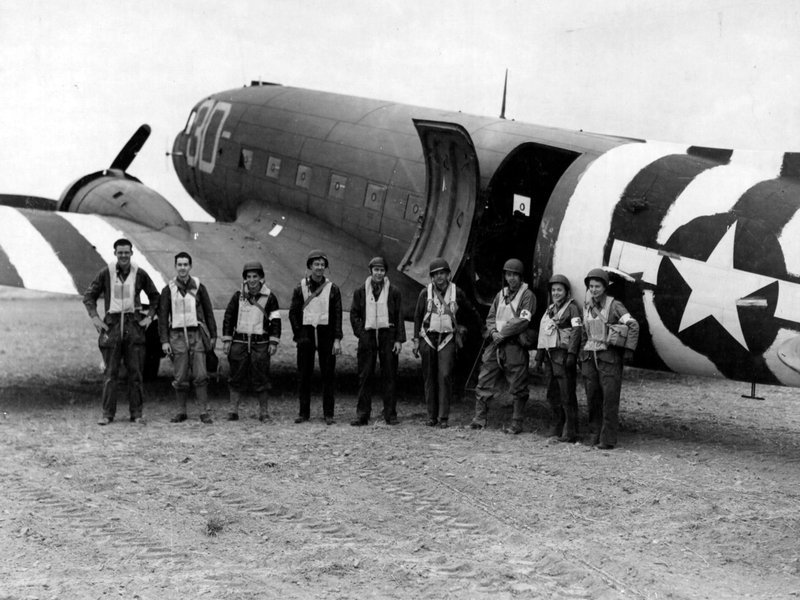 The C-47 “Goonie Birds” were the first to take off to begin D-Day. (Credit: NARA) 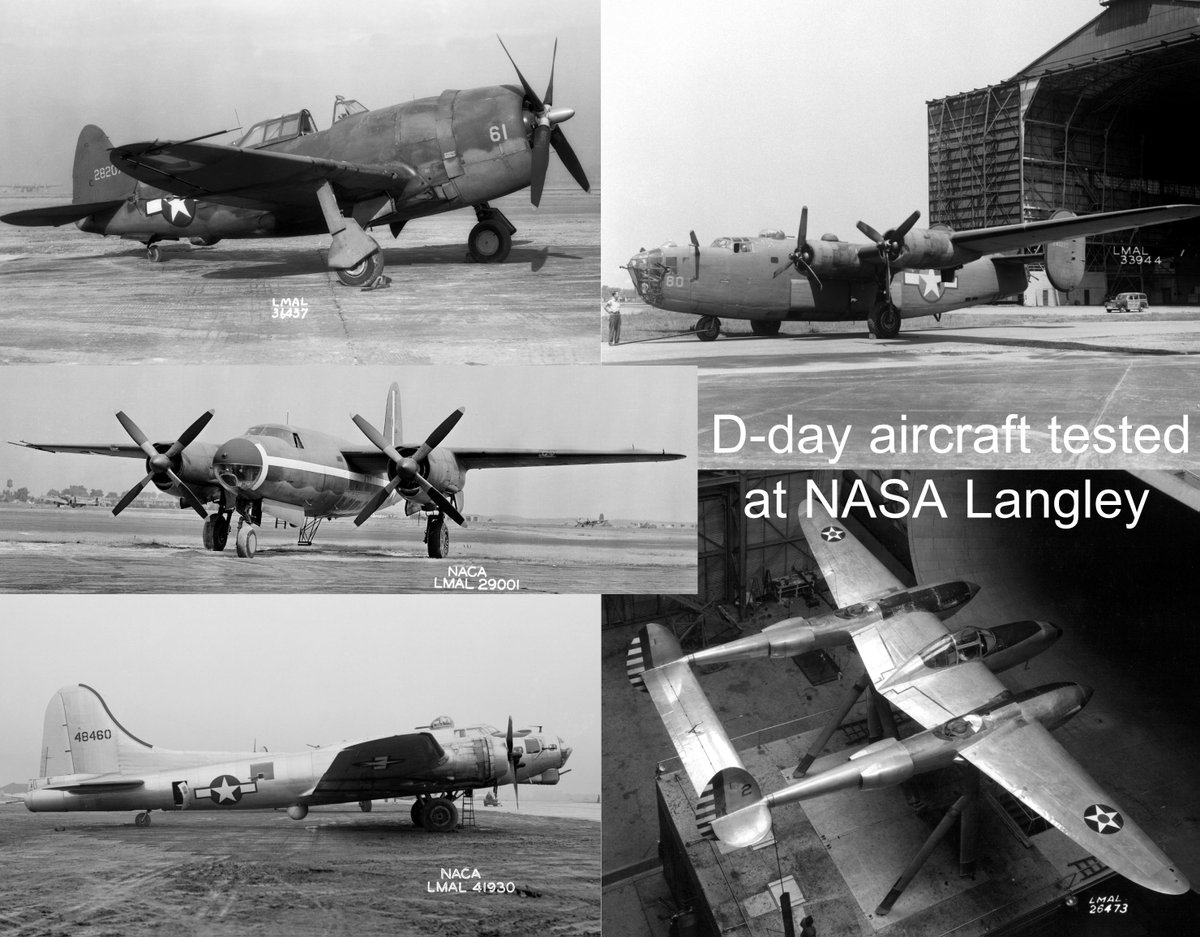 NASA-tested aircraft that were used during the invasion. (Credit: Langley Research Center) 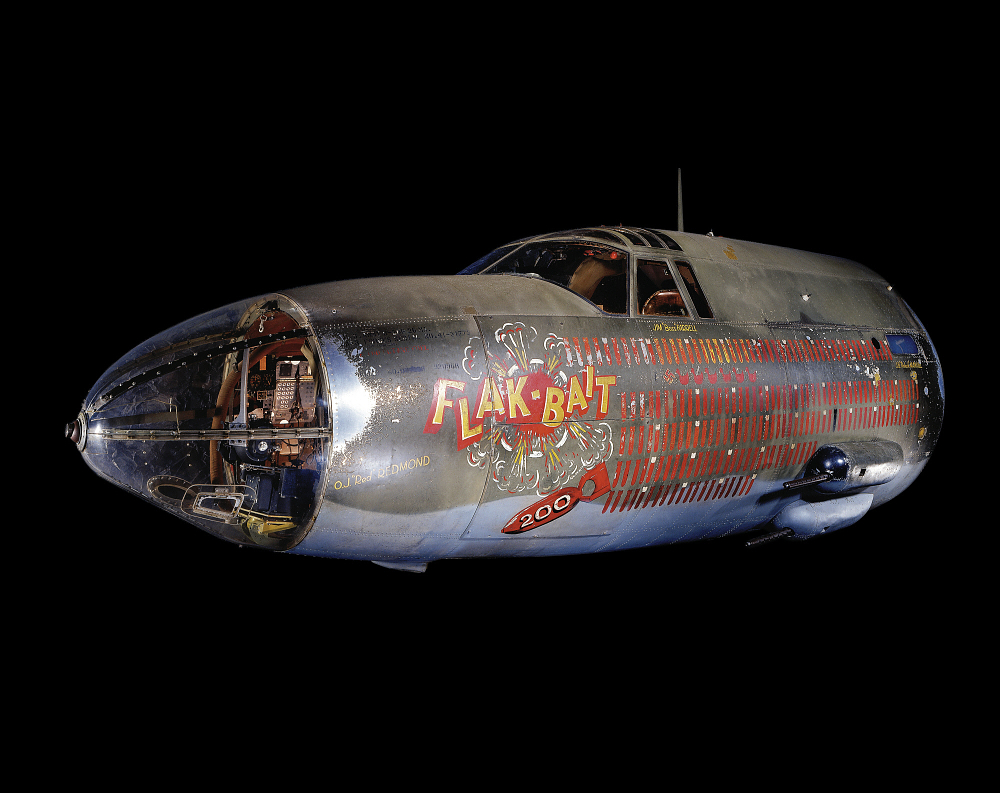 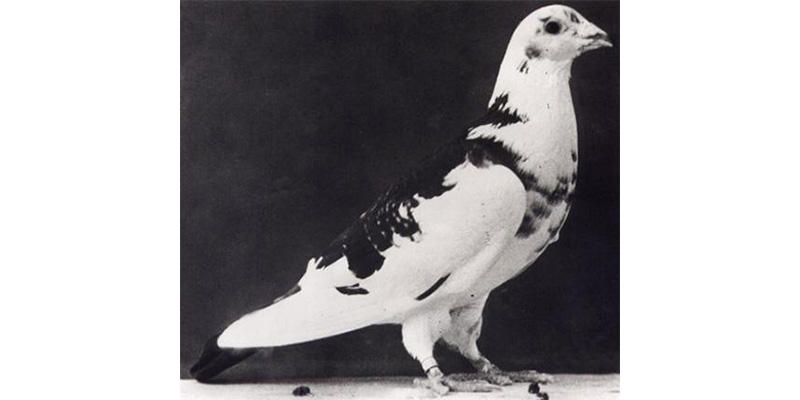 Gustav the pigeon crossed the English Channel to bring the first news of the invasion to the UK. (Credit: BT Group) 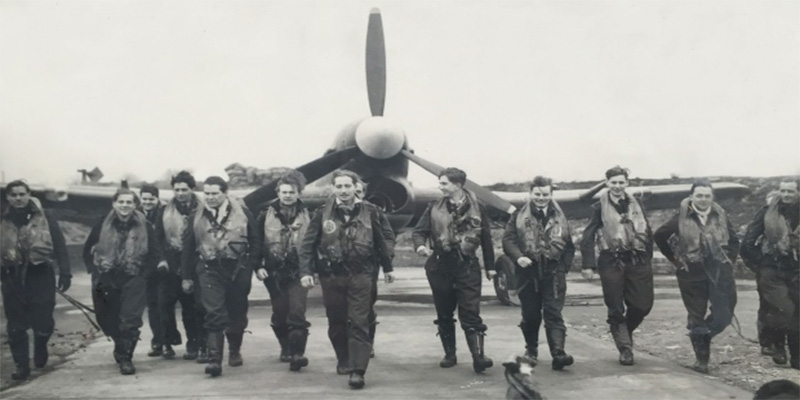 Montreal D-Day pilots. Peter Roper (fifth from right) with members of 198 Squadron. In January 1944, 198 was the highest-scoring squadron in Fighter Command with 50 enemy planes shot down. (Courtesy of Dr. Peter Roper) 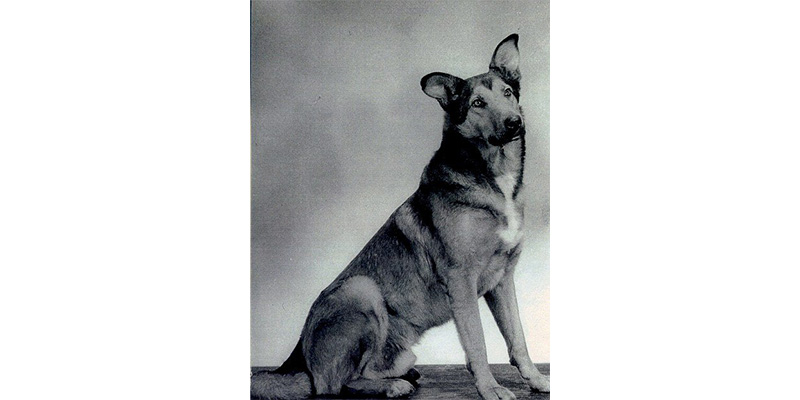 Bing the British para-dog played a vital role in liberating France. Even after he was wounded by mortar fire, he continued to sniff out trouble. He was awarded the PDSA Dickin Medal in 1946. (Credit: Daily Mail) 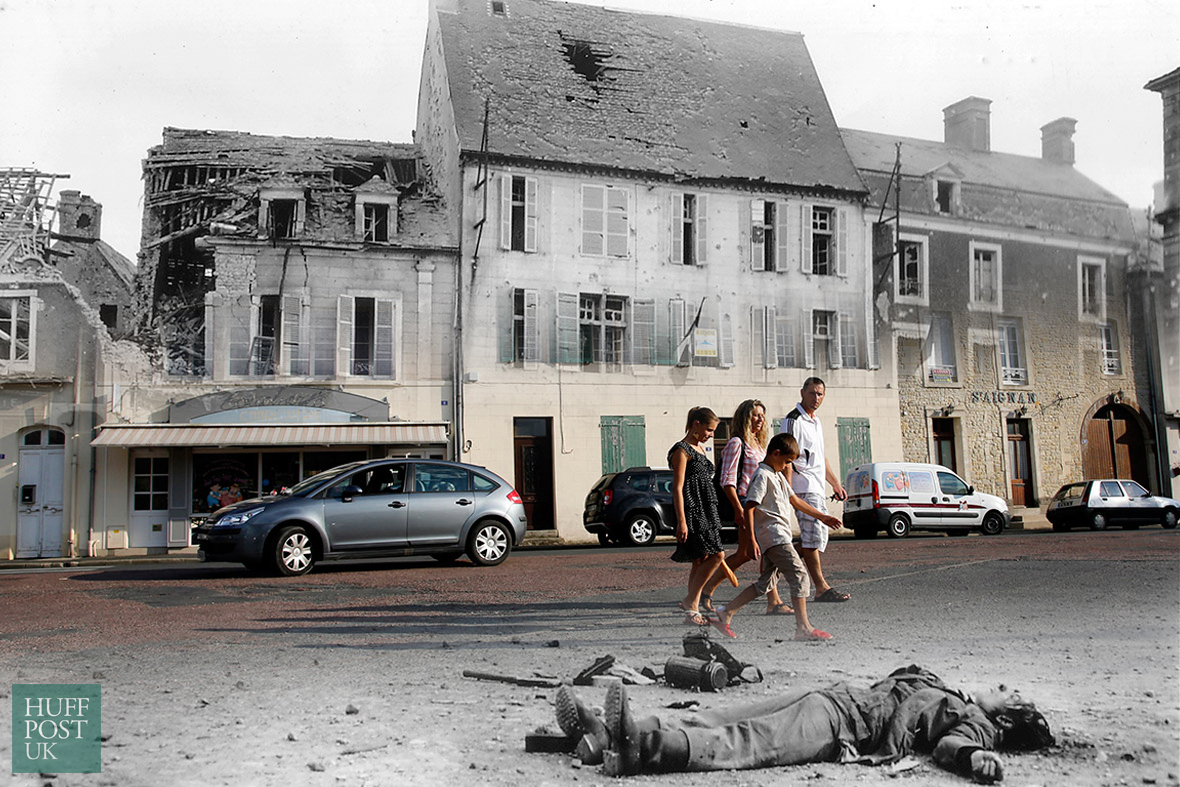 Then and now: tourists walk by where the body of a dead German soldier once lay in the main square of Place Du Marche in Trevieres. (Credit: Reuters) 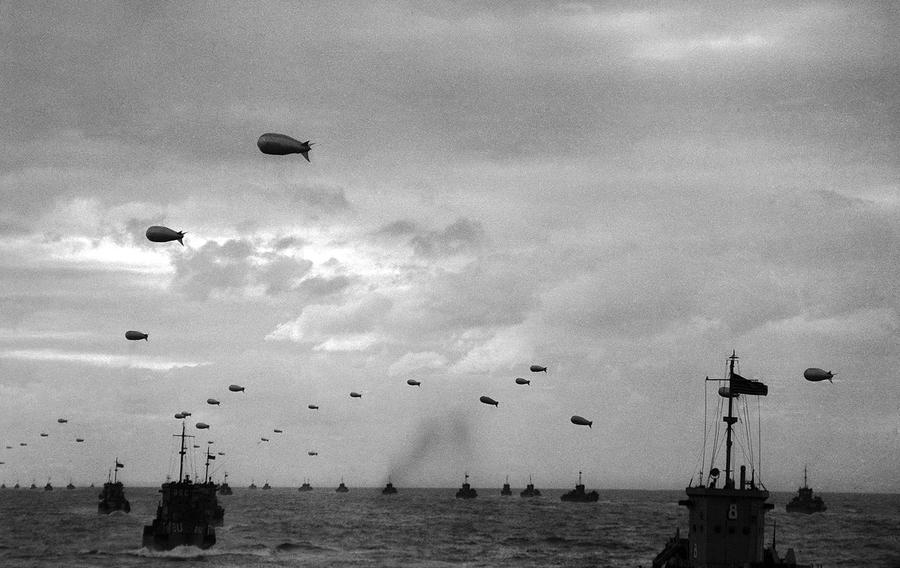 German prisoners of war captured after the D-Day landings at a camp in Nonant-le-Pin, France. (Credit: Reuters) 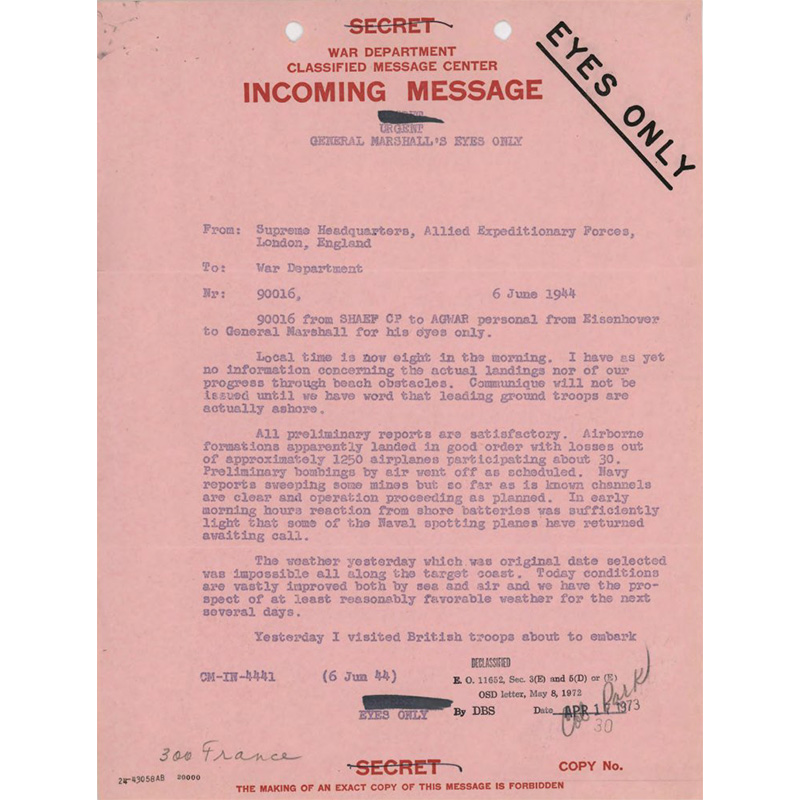 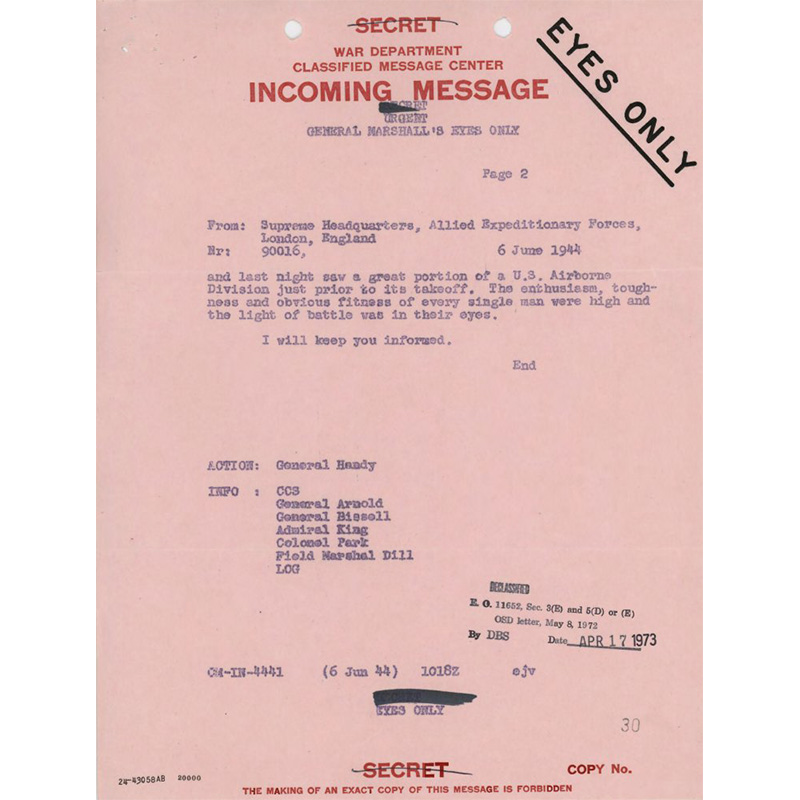 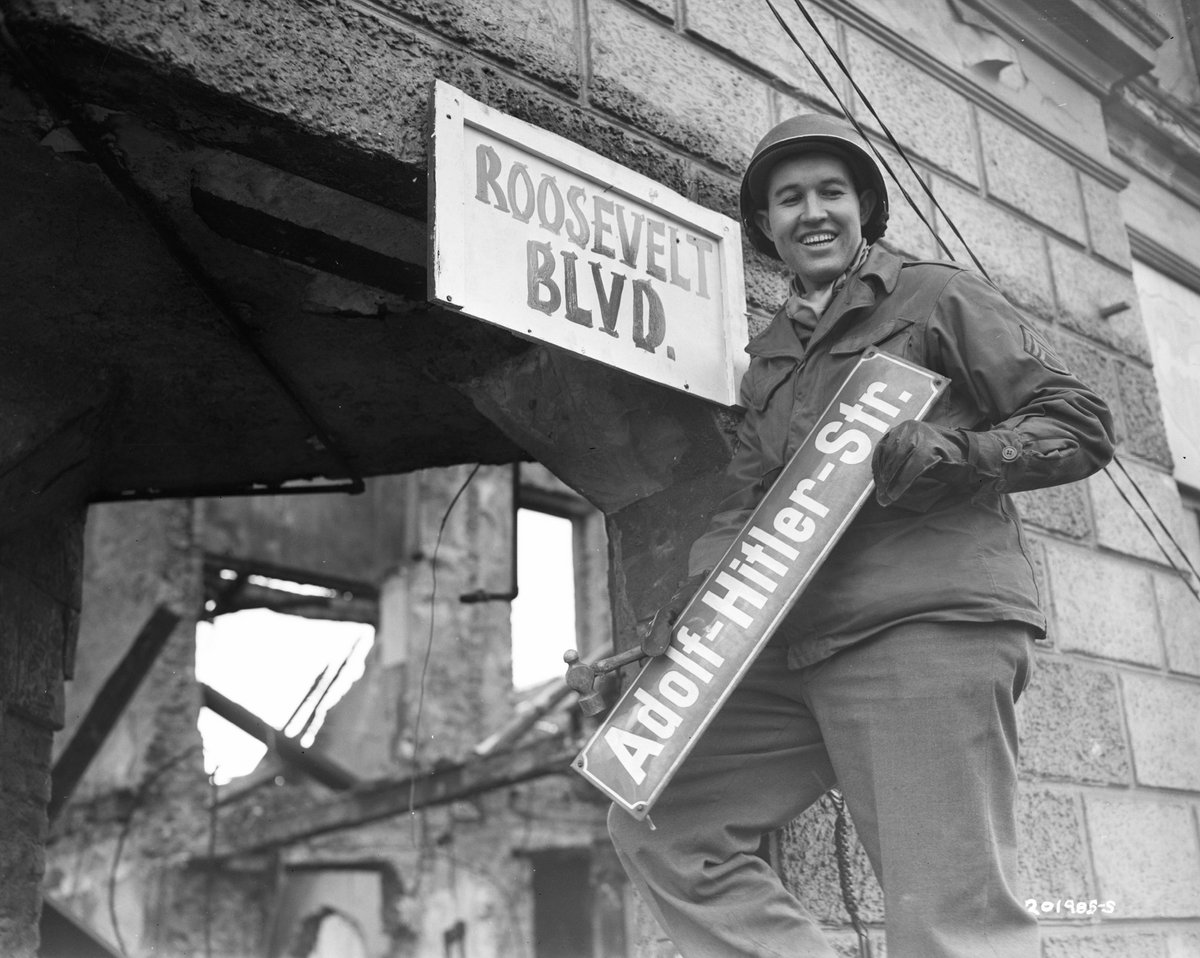 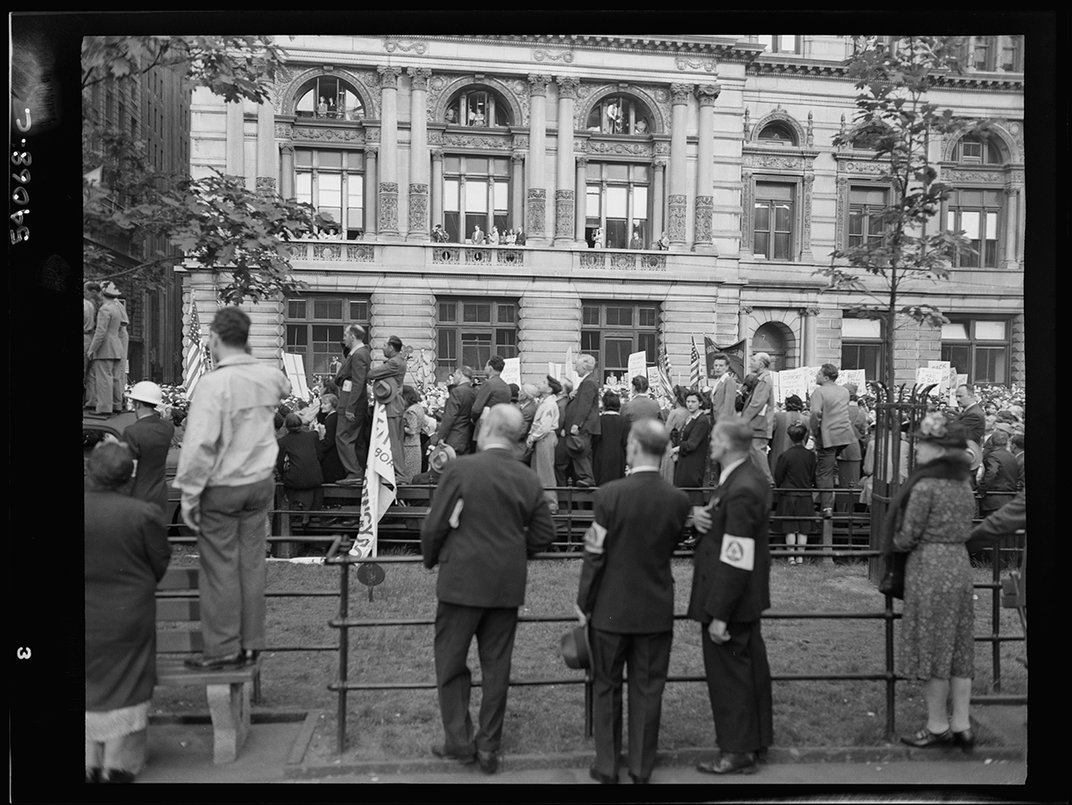 Photo from the hours after Americans heard about the invasion. (Credit: The Smithsonian) 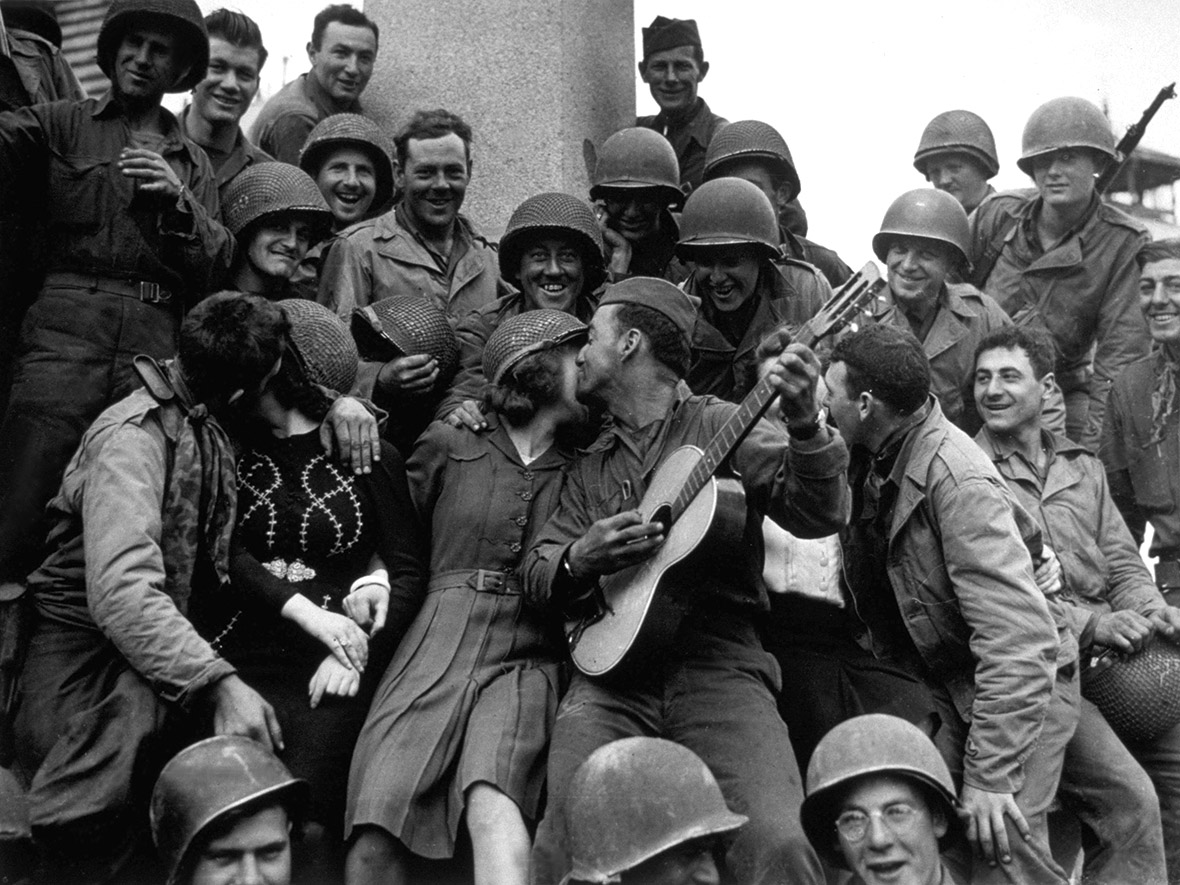 A happy crowd of American soldiers receive a warm welcome from the inhabitants of Cherbourg after its liberation (Credit: Keystone/Getty Images) 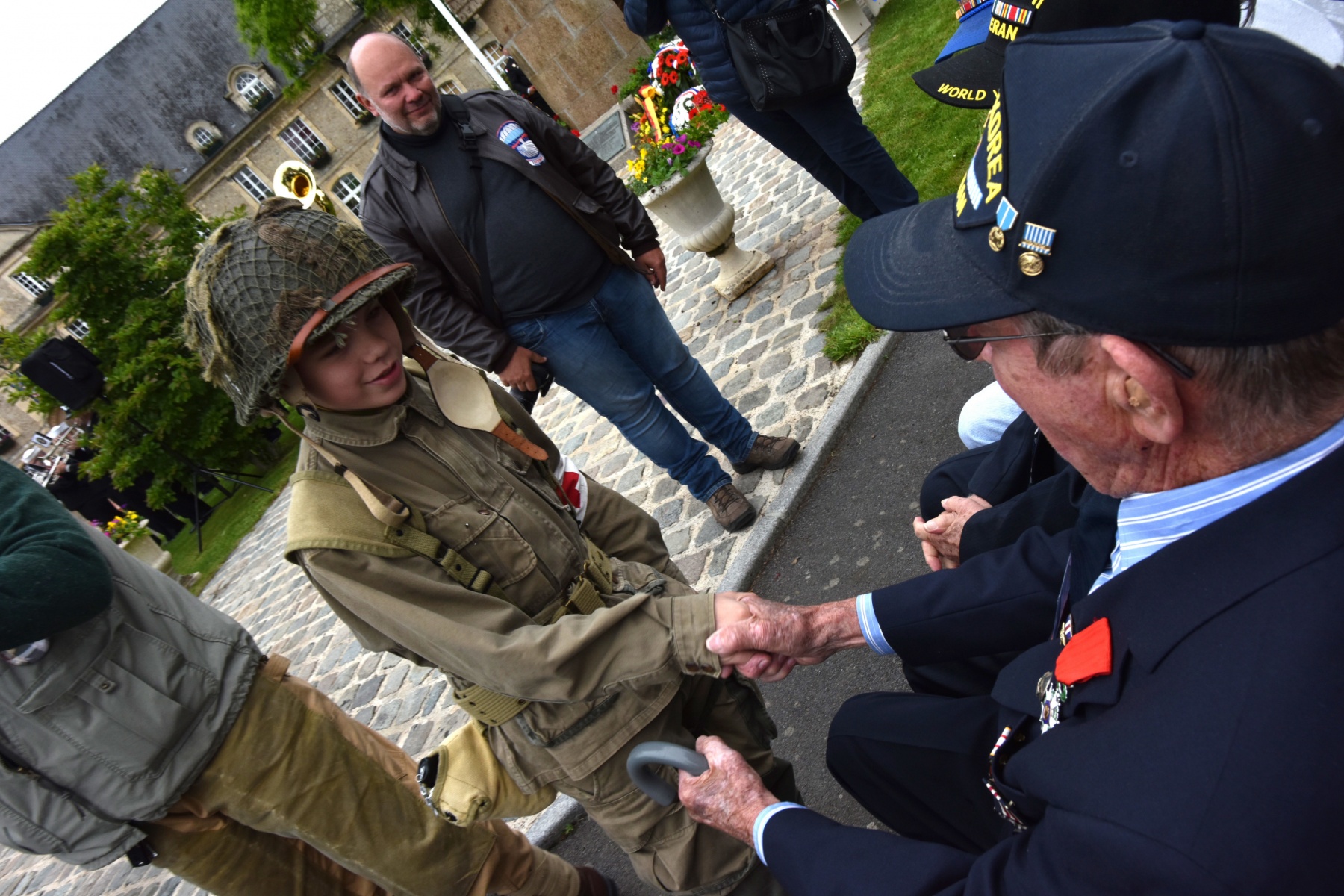