Soon, a giant Pac-Man-like design will help “eat up” the ocean’s garbage. The Ocean Cleanup’s trash collecting barriers have gone through many design changes, but now a final version will be taken to the Great Pacific Garbage Patch. The design harnesses the power of wind and surface waves to autonomously sweep the area of garbage as waves continuously collect plastic waste, according to New Atlas.

A lot of research has gone into the team’s redesign. Originally, the stationary booms were going to be held in place by anchors on the seafloor that used the currents to passively collect plastic. This would have made the design vulnerable to storms.

The second thought was to use anchors but hang them from the system at a depth of 2,000 feet. This would allow the system to drift with the current, but at a slower rate than the plastic waste, which would accumulate in the slow-moving skirt that hangs below the booms. This did not work, because the team underestimated the impact of the wind and surface waves.

So, the team dropped the anchor entirely, because ultimately what the team needed was a difference in speed between the barriers and the collection of plastic.

The designed a system driven by the wind and waves that could power the Great Pacific Garbage Patch to gather plastic like a “giant wind-and-wave-powered Pac Man,” according to CEO Boyan Slat.

The skirt hangs 10 feet below the surface in the center, but narrows off toward the ends. The center has more resistance and lags behind, keeping the edges out ahead in a u-shaped “mouth” that stays open and ready for collection.

Plastic waste that is collected is hauled away by a vessel every couple of months and is taken to land to be recycled. The system is modular so it can be redefined and scaled up as time progresses.

The electronics of this cleanup system, such as sensors, cameras, lights, navigation modules and satellite antennas, are all powered by solar energy. The plan is to deploy 60 Ocean Cleanups, which is expected to clean almost 50 percent of the Great Pacific Garbage Patch every five years. 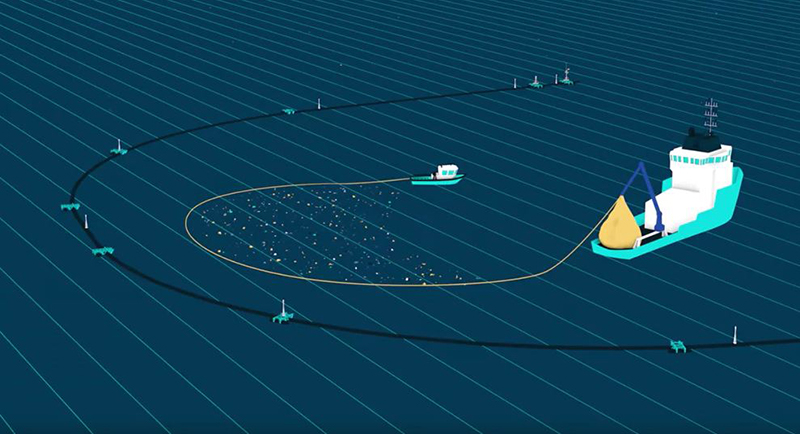