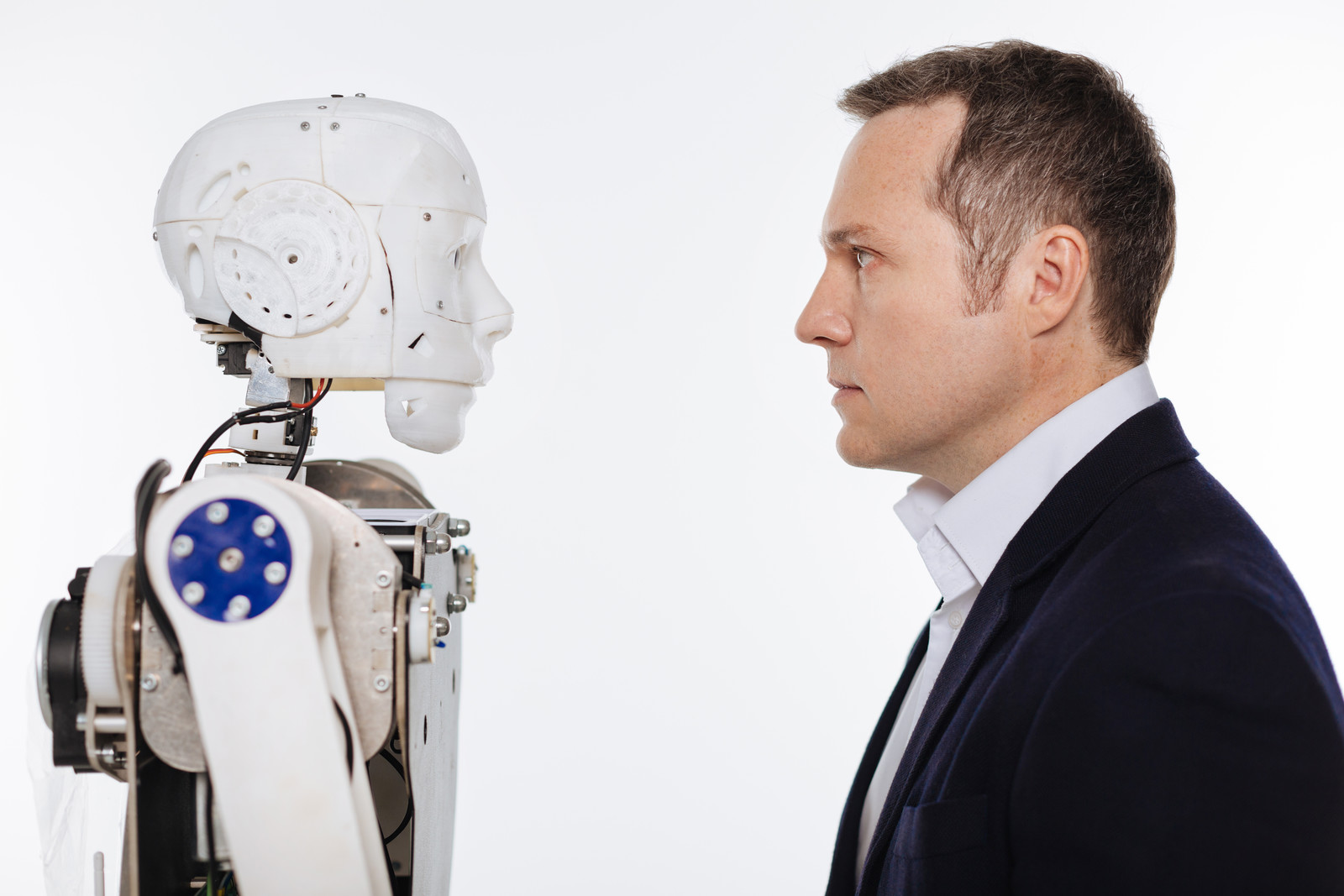 The prospect of machines replacing human workers has been of concern for more than two centuries: the Luddites destroyed machinery in cotton mills at the beginning of the nineteenth century to protest what they considered unfair practices by manufacturers.

Although technology has certainly eliminated some job categories, it has historically opened up others. The development of the automobile was bad news for farriers, buggy makers, and manure removal specialists, but created careers for auto mechanics, tire manufacturers, and many more.

But artificial intelligence (AI) is now threatening to replace knowledge workers such as writers, lawyers, doctors, and perhaps even (gasp) engineers. True, we already have enough lawyers, but what of our profession? Will the prospects for an engineering career soon rival those of a menhir delivery man?

In some areas like board games, AI systems have been beating humans for the last couple of decades. Chess is a lost cause: IBM’s computer Deep Blue defeated world champion Garry Kasparov in 1997. Deep Blue used custom hardware for faster execution of search algorithms; more recently, the emphasis has switched to software solutions running on low-cost standard hardware. In 2009, a program running on a mobile phone even achieved grandmaster level.

Go, the ancient Chinese game where victory is determined by captured territory on the board, was reckoned to be a sterner test because a brute-force approach—constructing a search tree with all possible sequences of moves—won’t work: the Go search space is a googol (10100) times larger than that of chess.

In the end, it didn’t matter: in 2016 AlphaGo from DeepMind (appropriately now part of Google) defeated the reigning European champion; a year later it trounced the world’s best player, Ke Jie, three games to zero.

What do these developments mean for the engineering profession?

Applying AI to engineering tasks is proving difficult. Designing a circuit requires the application of physical laws in the presence of defined constraints such as cost, time, power consumption, and size. After that, success depends on a series of judgments informed by past experience: in AI, that means training the system on a large data set.

Almost all human knowledge, though, is unstructured and in natural-language form: engineering examples includes data sheets, application notes, images, and so on.

As a result, computers are performing tasks in other fields formerly entrusted to skilled humans: for example, many routine sports reports from the Associated Press (AP) are computer-generated. In the legal field, LegalMation uses Watson to provide a draft set of responses to discovery requests; the company claims that the material is similar to that created by a paralegal or junior associate.

Engineers are also beginning to benefit from some AI-driven tools. Fujitsu is including an AI module as part of the Flexible Technology Computing Platform (FTCP), their integrated development platform—it will provide assistance with various design tasks, notably printed-circuit-board layout. 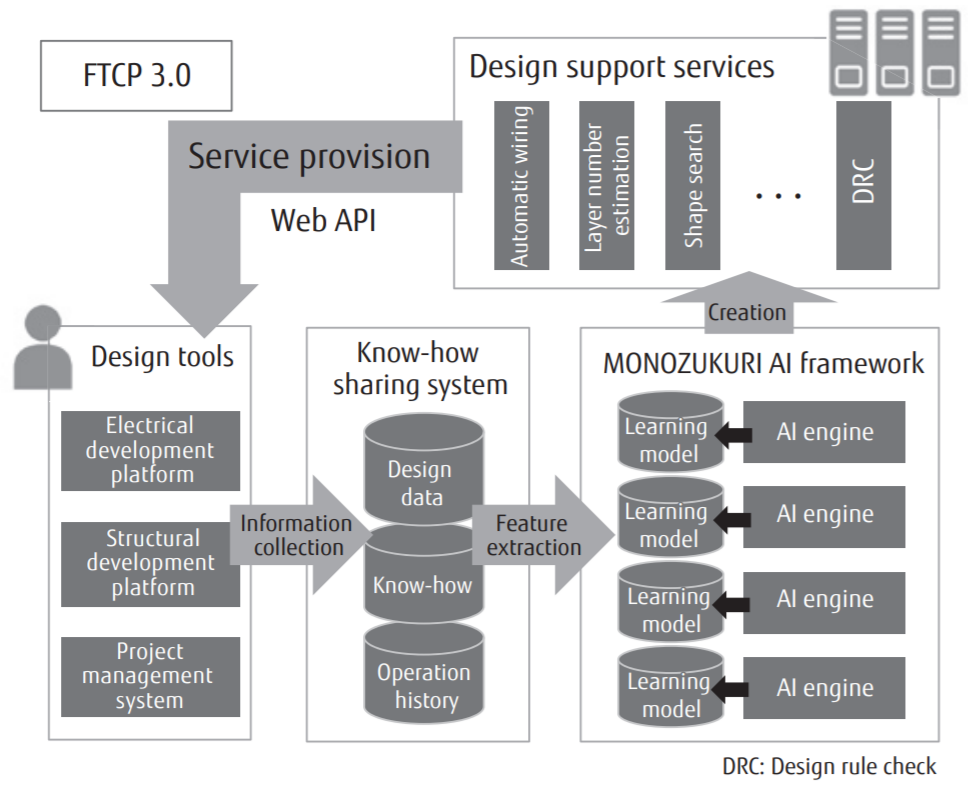 So far, advances in AI are being used to free up human lawyers, doctors, journalists, and engineers to perform higher-value tasks. Practitioners in those fields aren’t overly concerned: a recent article in Harvard Business Review on AI’s encroachment into radiology concluded that even if AI manages to perform a certain task—image analysis, say—better than a human, it won’t render radiologists obsolete. Instead it will give radiologists more time for other key activities, such as consulting with other physicians about treatment strategies.

Take games. At first, seeding the AI program with data from millions of human games was thought to be the winning combination. Now, the human component is being phased out in favor of machine learning from first principles: allowing the program to make its own judgments using deep learning, a neural network technology that simulates the processes inside the human brain. The system is given just the rules of the game and learns by playing against itself. Using this approach, AlphaZero and AlphaGoZero have quickly surpassed their traditionally trained equivalents: AlphaGoZero took only 40 days.

An engineering design has many more rules and constraints than chess, but formulating them and converging on an optimum solution seems mostly to be a question of processing power.

Many analysts expect that Moore’s Law will come to an end around 2025. Year-on-year processing improvements may be less dramatic for standard architectures, but manufacturers are developing new AI-friendly chips: Nvidia’s DGX-2, for example, is optimized for deep learning and can achieve up to 2,000 TFLOPS (trillion floating-point operations per second). As such levels of processing power become widely available, it seems likely that an increasing percentage of engineering tasks will be turned over AI systems.

Incidentally, the British Broadcasting Corporation (BBC) has a website to help you gauge the risk of your job being automated within the next 20 years, based on research from Oxford University and Deloitte.

Roles requiring employees to develop creative and original ideas hold a significant advantage in the face of automation. Occupations that require a high degree of social intelligence and negotiating skills, like managerial positions, are also at considerably lower risk from machines. So if you’re a pointy-haired boss, your job looks pretty secure for now.

The table below shows the estimates for some engineering functions. Technicians, beware!

The safest career? A manager or owner of a hotel or bar—0.4 percent automation risk, in case you’re wondering what to do with your 401(k) after the singularity arrives.