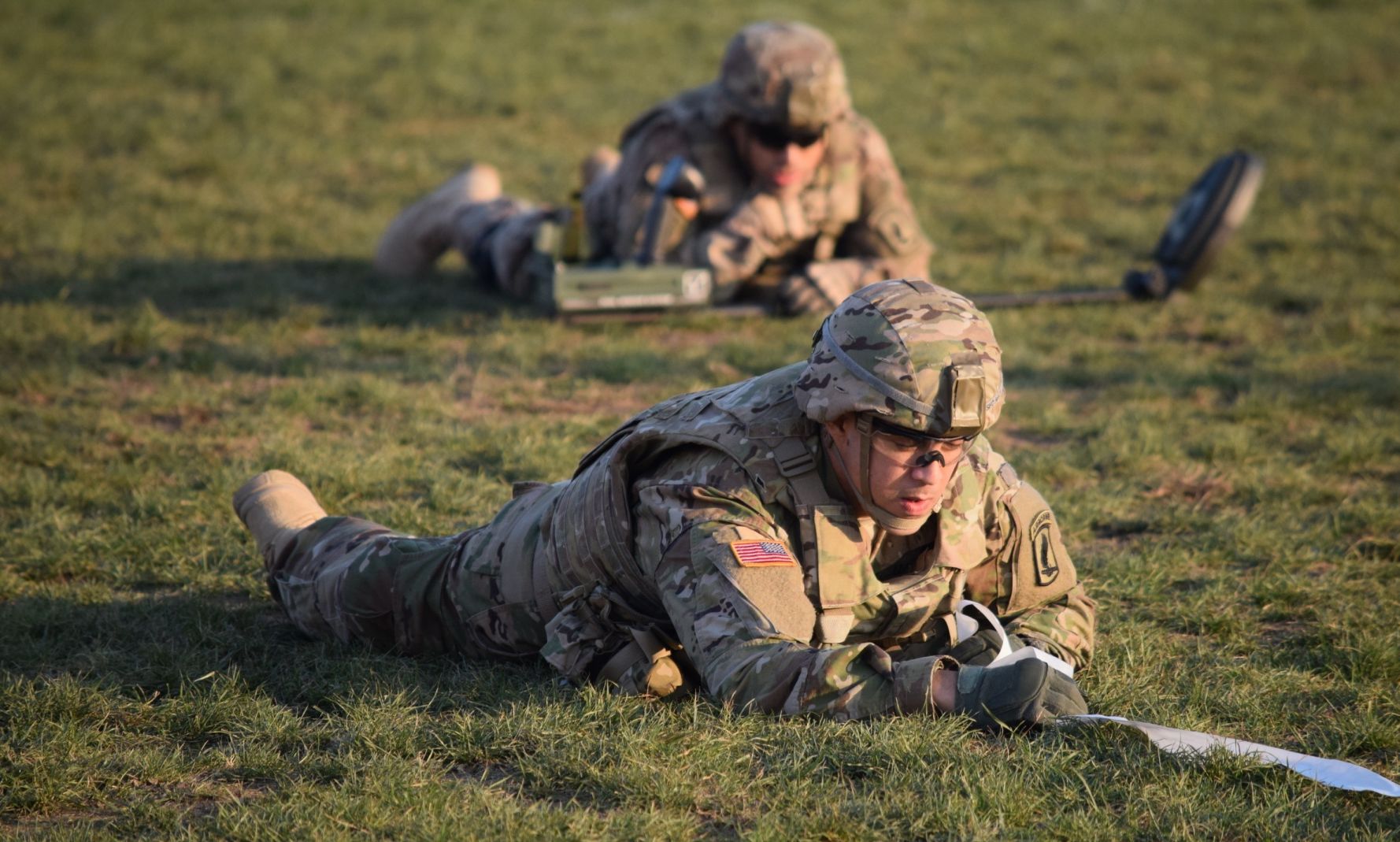 Airborne engineers, from the 173rd Airborne Brigade, joined by military engineers from throughout the United States and Europe will spend the next two weeks participating in Exercise Dagger Resolve here, Dec. 2, training on the tasks and equipment required for engineers to support an airfield seizure.

Subject matter experts will instruct and train on the equipment and capabilities needed to execute the mission. The exercise will culminate in a practical exercise at Hohenfels Training Area, Germany, in which the combined engineer task force recovers a heavy equipment package airdropped by a U.S. Air Force C-17, and then assess, clear and repair damage to the field-landing strip.

“Dagger Resolve is designed to enhance our shared understanding of this mission across the engineer force and to build capability to project power wherever the mission demands on short notice,” said Maj. John Sivley, operations officer, 54th Brigade Engineer Battalion, 173rd Airborne Brigade. “Through this exercise, we will build interoperability with our fellow engineers within Europe and our airborne counterparts at Fort Bragg, North Carolina.”

The idea for the exercise came about from a leadership professional development class taught by 1st Lt Tyler Fortofher, an engineer with the 82nd Airborne Division. Forthofer drew on his experience as a sapper platoon leader on the Global Response Force to explain the engineer platoon’s role in supporting a Joint Forcible Entry. During the class, the attending engineers learned about the roles and responsibilities of individual combat engineers in marking and clearing obstacles such as craters and mines on the assault landing zone.

“This is a complex operation that requires synchronization between the airborne task sorce, U.S. Army Special Forces and the U.S. Air Force,” Fortofher said. “Engineers ensure that follow-on forces can deploy as soon as possible.”

During the exercise, more than 50 airborne engineers will train on the equipment needed to mark and clear obstacles on the flight landing strip, and they run through several iterations of obstacle assessment and clearing, including clearing wires and dummy mines with grapnel hooks and mine detectors.

The 173rd Airborne Brigade is the U.S. Army Contingency Response Force in Europe, capable of projecting ready forces anywhere in the United States, or the European, Africa or Central Commands’ areas of responsibility within 18 hours.