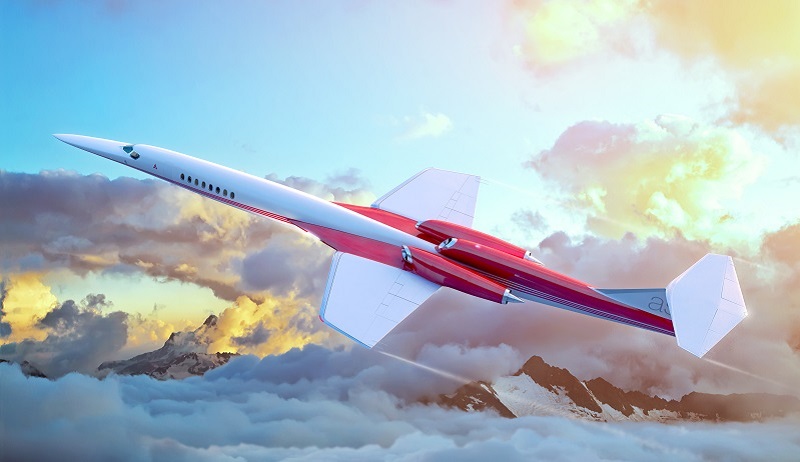 Airbus and Aerion are moving ahead with a supersonic jet that could fly from Tokyo to Los Angeles in six hours, or from New York to London in three.

The AS2 jet, named the ‘Son of Concorde,’ is a luxury jet with seats for 12 people. Drag-reducing wings with a span of 61 feet allow for lower fuel consumption and a longer range. (The target range is 4,750 nautical miles.)

The major components of the aircraft will be provided by Airbus, while Aerion will take care of the final assembly. 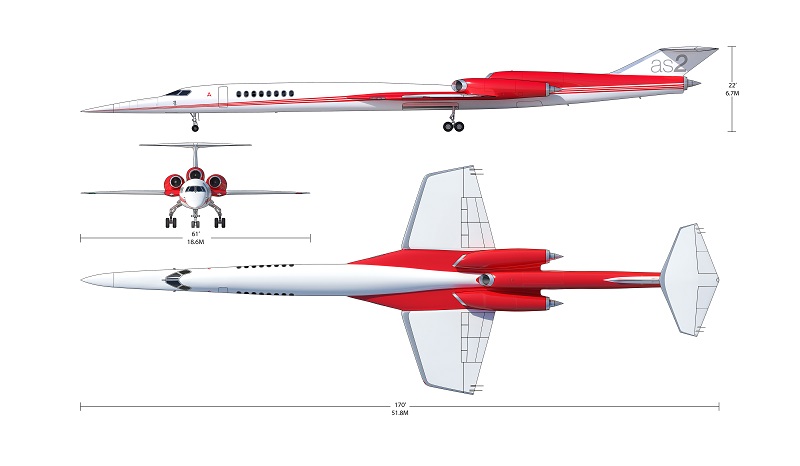 Specifications for the AS2. Image credit: Aerion

Test flights may start in 2021, followed by the first commercial business flights in 2023, said a report from the Daily Mail. The plane’s top speed would be 1,217 mph, slightly slower than the British Airways’ supersonic passenger Airbus Concorde, which topped out at 1,350 mph. Airbus and Aerion are reported to be looking for a 100-acre US manufacturing site with a 9,000 foot runway at present, and hope to choose one during the first half of 2016. The project is expected to cost more than $100 million in total.

Aerion has not yet chosen a supplier for the plane’s engine, said CEO Doug Nichols, although, he said, “solutions are in sight with today’s engine technology.”

The interior of the AS2 has space for 12 passengers in a luxury business setting. Image credit: Aerion

“We see clear and achievable technical solutions to the design of a supersonic jet, and a realistic road map for helping Aerion proceed toward construction and flight,” said Ken McKenzie, Airbus senior VP.

The plane will be required to fly at lower speeds in the United States, as no civilian planes are allowed to break the sound barriers (750mph) over land, a law put in place due to the sound caused by the sonic boom. (Aerion advertises that their plane has no boom up to Mach 1.2.)