Amazon’s robotic team is now 45,000 strong. According to a recent article published by the Seattle Times, this automated workforce is stationed within twenty of the company’s fulfillment centers. Showing love for automation, Amazon has steadily increased its robotic employees by about 15,000 each year.

Don’t start worrying about your future robot replacement just yet, because Amazon’s human employee population is still rapidly growing. As detailed by Statista below, real-life workers increased by roughly 76,000 each year from 2014 to 2016. As the current trend shows, it looks like your job is safe — for now. 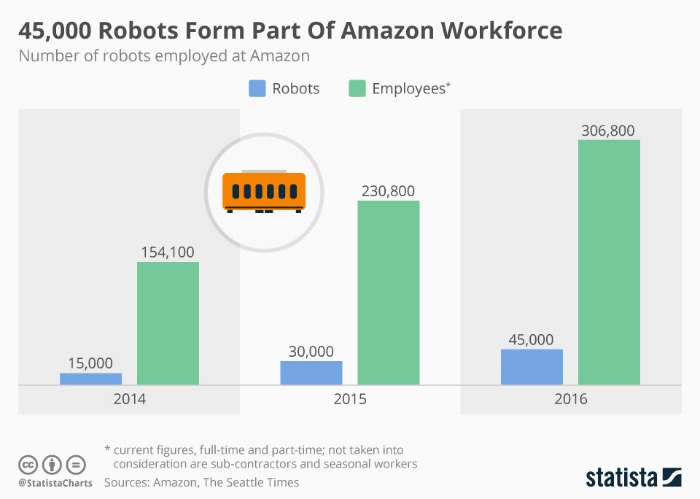