Space research and exploration reaches across Earth’s borders and boundaries, relying on collaboration between nations, disciplines and institutions.

So it should come as no surprise that, despite a long-standing if friendly rivalry, students from Texas A&M University and The University of Texas came together for the LONESTAR investigation.

This collaborative effort sent a pair of satellites, AggieSat4 and Bevo-2, to the International Space Station earlier this month. The satellites will be released from the space station, where AggieSat4 will eject Bevo-2 as part of a demonstration of technology with applications for future space exploration.

The two satellites will demonstrate communication protocols between them and with ground stations, as well as systems that allow the satellites to navigate through space and relative to each other and to orient themselves in three dimensions. Flight demonstration of these abilities, necessary for unmanned craft to be able to rendezvous and dock in space without direct human intervention, will contribute to future satellite missions as well.

“The overall objective is to find ways for small spacecraft to join together autonomously in space,” said Dr. Helen Reed, professor of aerospace engineering and director of the AggieSat Lab at Texas A&M. “We need simple systems that will allow rendezvous and docking with little to no help from a human, which will become especially important as we venture farther out into space. Applications could include in-space assembly or reconfiguration of larger structures or systems as well as servicing and repair.”

Small satellites are less expensive to build and investigators can more easily find space on rocket launches to send them into orbit, but it does take creative thinking to design a functioning satellite with smaller volume and less power. Bevo-2 is 13.3 inches long, 5.3 inches high and 5.3 inches wide, about the size of a loaf of bread. AggieSat4 measures 24 by 24 by 12 inches, slightly larger than a piece of carry-on luggage. Together the satellites weigh 114 pounds. 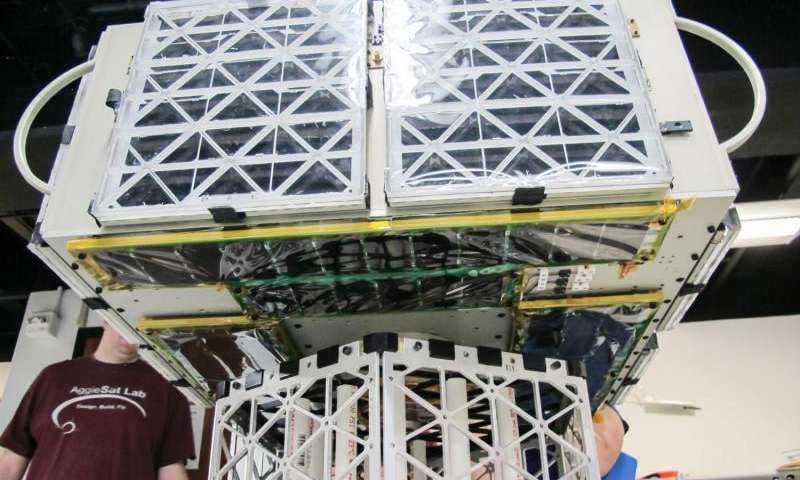 The satellites were independently developed by student teams at the two universities. Both teams were responsible for development plans for their satellite and had to meet established mission objectives. This required the teams to perform all stages of a project life cycle, including project management, development of design requirements and interface control documents between the two satellites, fabrication and testing, integration of hardware and software and systems verification.

“It is all part of enhancing the student experience by having them in a real-world development project,” said Darryl May, LONESTAR project manager and senior technical advisor in the Aeroscience and Flight Mechanics Division, Johnson Space Center.

This hands-on experience for students in designing, building and flying spacecraft is an important aspect of the investigation. It is also good, Reed pointed out, for students to learn to work closely with other organizations.

“That is the way it works in industry, with multiple entities involved,” Reed said. “It’s been a good collaboration, we’ve really enjoyed it and are thankful that NASA came up with the idea. The students have realized they have to work together and both craft have to work for the system to be successful.”

Dr. Glenn Lightsey, professor of aerospace engineering and head of the Texas Spacecraft Laboratory at The University of Texas, explained that it takes a lot of coordination for two spacecraft to share information and base their actions on the information they receive from each other. 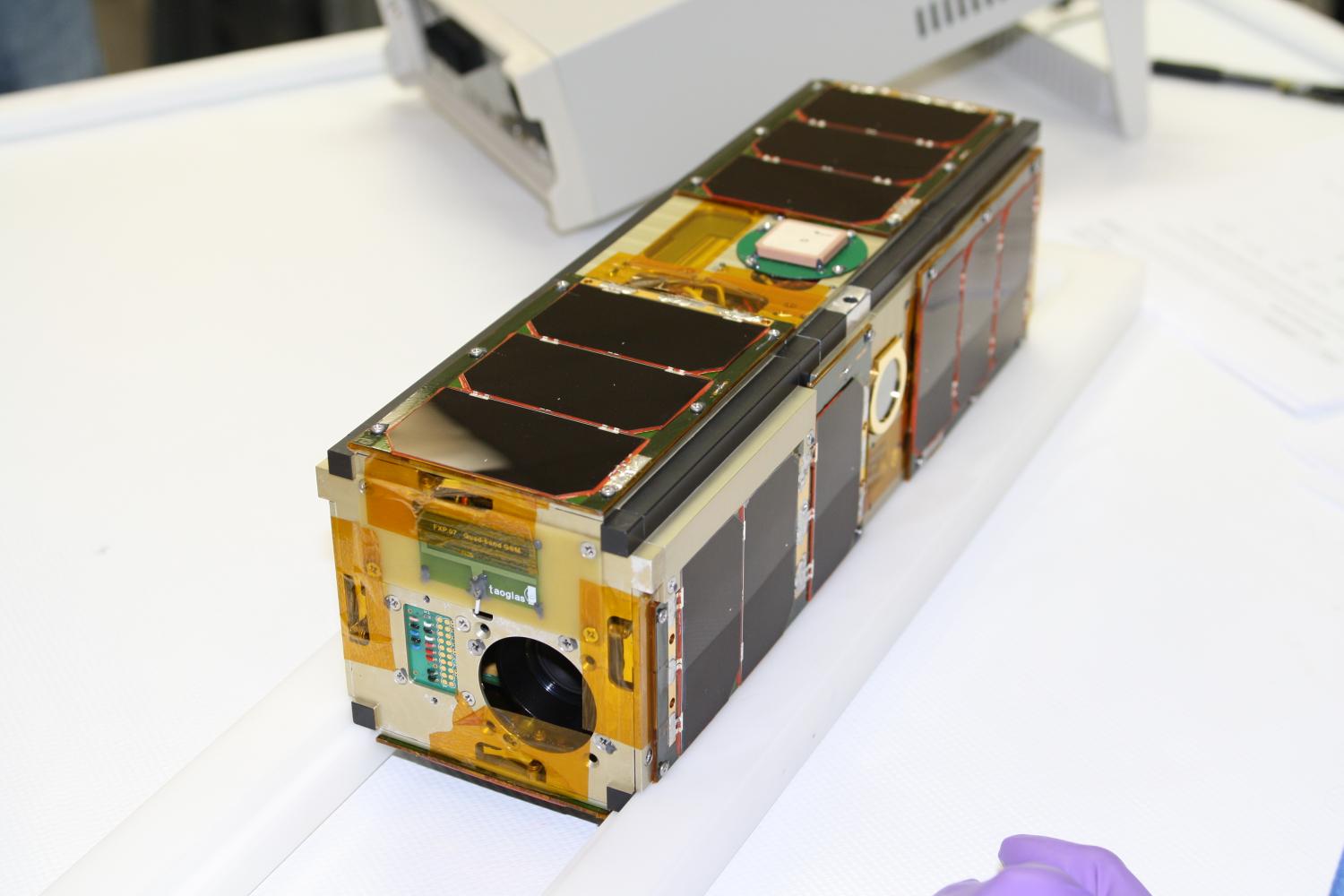 “I have heard our two satellites described as ‘space tourists’ who will be taking pictures of each other and sending those pictures back to Earth,” he added.

Flight performance data from the investigation will indicate the readiness of technology development for autonomous rendezvous and docking objectives on future missions.

May explains that the work has four different objectives: controlling the attitude or orientation of the craft in three dimensions, navigation performance, communications and thruster performance. “The next step will be to actually perform an autonomous rendezvous and docking,” he said