In the Li2O-Nb2O5-TiO2 (LNT) system, the LNT forms a unique structure (superstructure). The superstructure is formed by addition of Ti ion and periodical insertion of an intergrowth layer of corundum-type [Ti2O3]2+ in a matrix having a trigonal structure (Fig.1). 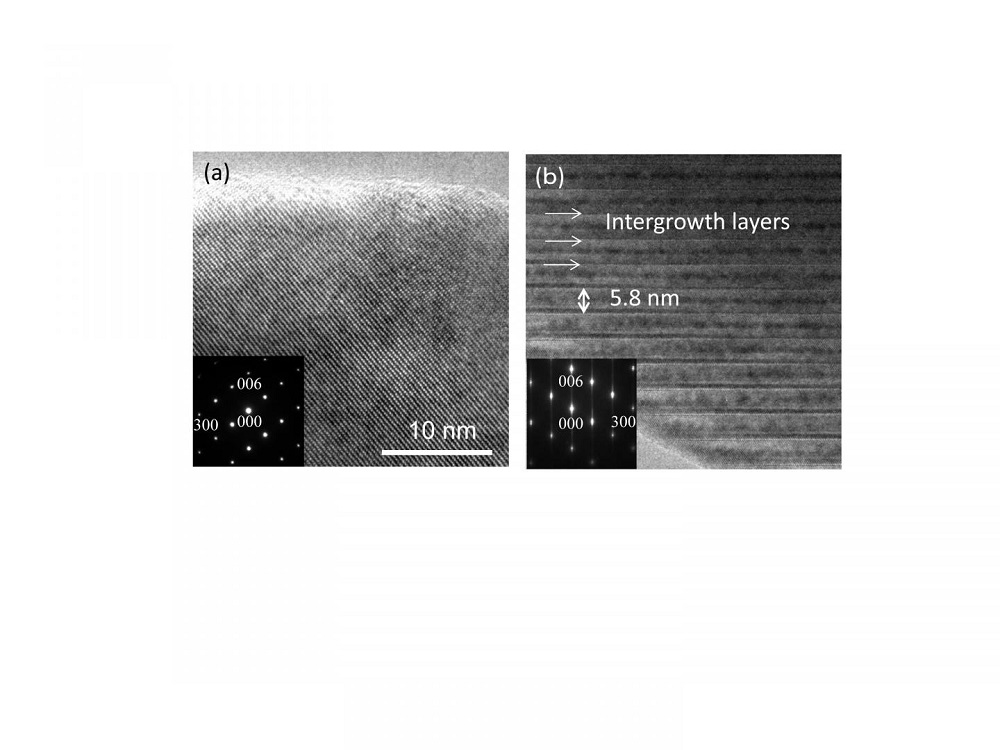 To enable the application of this unique structure, The research team led by Prof. Hiromi Nakano fabricated oriented LNT bulk ceramics like a single crystal by slip casting in a strong magnetic field of 12 T.

The research team has spent about 4 years investigating to finally fabricate the high-oriented material. The high degree of orientation was achieved by the good slurries for particle rotation in a high magnetic field. After that, the research team found that the material has anisotropic electric properties along the c-axis in the oriented material. Especially, the Qf value parallel to the c-axis was about five times greater than that of perpendicular to the c-axis although ɛr value did not show an anisotropy in the oriented specimen (Fig.2).

Since a clear answer regarding the relationship between Qf and crystal structure has not been reported as yet, Prof. Nakano and her research team members analyzed the material using TEM, XRD, SEM, XAFS and simulation by First-principles calculations. To explain the anisotropic Qf value, various factors are evaluated; density, grain size, Ti3+/Ti4+ ion, electrical conductivity, dielectric property, and bonding strength and so on.

Mr. Furuya, who is the second author of the article, said, “It is difficult to fabricate the oriented material.” However, he could make good oriented materials. To clarify the mechanism of the anisotropic property, the first author, Prof. Hiromi Nakano said, “I discussed this aspect many times with co-authors and other researchers who are professionals in the field of the micro-wave material. Last year, I went to Finland to discuss the research. Finally, we reached conclusions about the mechanism and the relationship between Qf and crystal structure after a five-year investigation.”

The mechanism is useful for the material science field and for the design of high-quality micro-wave material. We expect that new material with high- Qf would be fabricated based on the mechanism.

The study was first made available online in July in the journal Advanced Powder Technology and published in the September print issue of the journal.