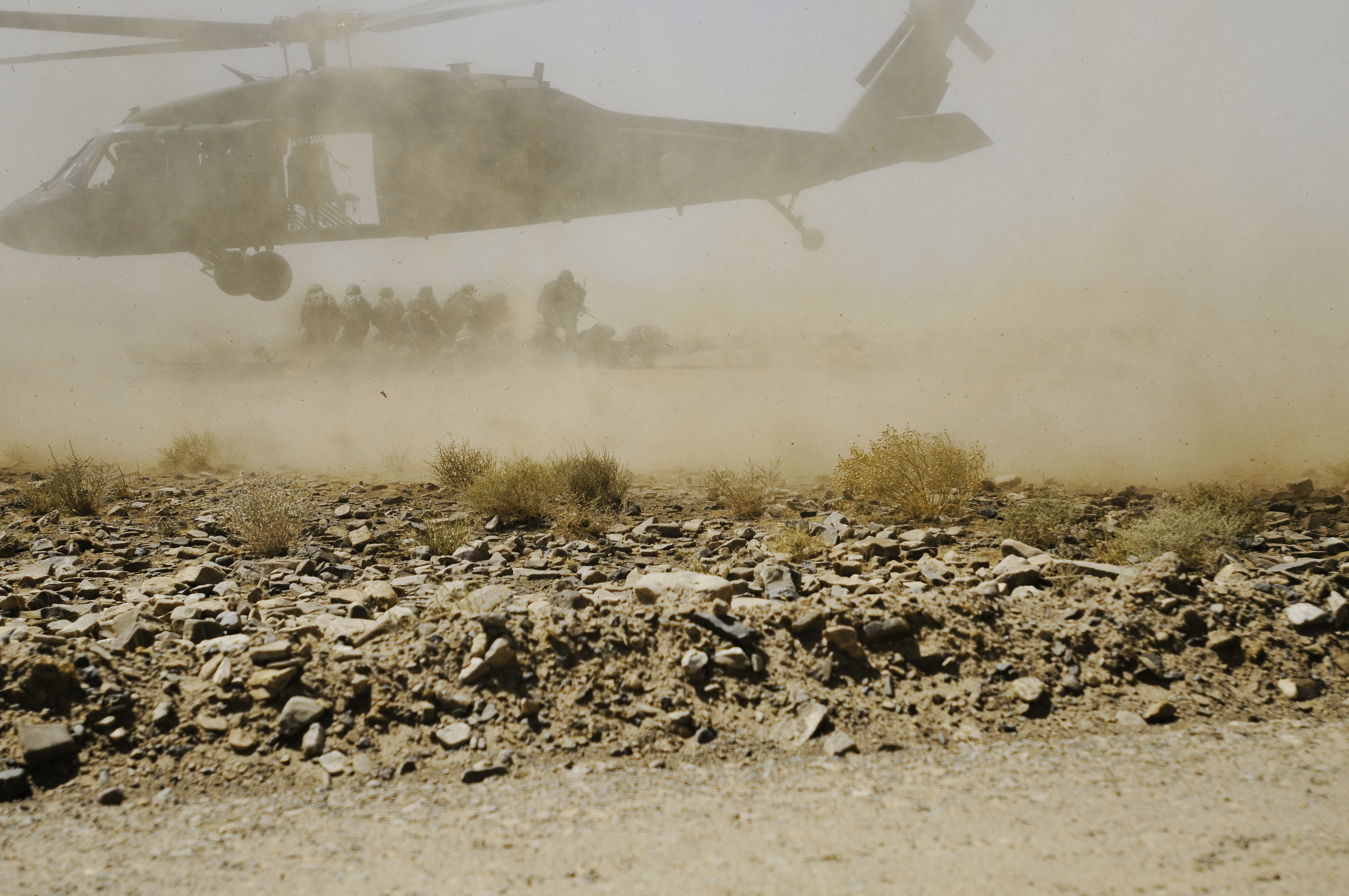 “The inability to operate in degraded visual environments is the primary contributing factor to Army aviation mishaps over the past decade,” said Steffanie Easter.

Easter, principal deputy assistant secretary of the Army for Acquisition, Logistics and Technology, spoke at the Army Aviation Association of America-sponsored 2016 Army Aviation Mission Solution Summit in Atlanta, April 29 and 30.

Degraded visual environments, or DVE, also degrades Soldiers’ ability to perform the tactics, techniques and procedures needed to support ground forces, she said. “It’s an issue we must solve, and I think technologically we will solve that.”

The DVE Brownout Rotorcraft Enhancement System, or BORES, promises to address some of this, she said. Acquiring it is “vital to the safety of our Army aviators.”

While DVE/BORES primarily addresses brownout conditions caused by sand and dust, other science and technology efforts in infrared sensor development will eventually lead to safer flying in snow, fog, rain and darkness, she said.

These advancements will mean “that the Army doesn’t just own the night; it will own the weather,” she added.

Brig. Gen. Bob Marion, the Army’s program executive officer for aviation, said “we want to deliver this capability as soon as we possibly can. We’ve lost lives and we’ve lost platforms because of this [brownout conditions].”

The DVE/BORES capability Marion referred to, however, is not the full requirement. It’s take-off, landing, limited hover, ground taxi, single-ship, and it’s forward-looking only.

“If you go to full capability, it’s about multi-ship — as in formation flights — forward-looking and 360 [-degree] hazard warning — it’s about networking situation awareness,” he said.

Going to full capability will be determined by the analysis of alternatives next year and the requirements document, Marion said, adding that a number of industries have shown interest in DVE/BORES as evidenced by high attendance at industry days.

ANOTHER AID TO NAVIGATION

While DVE can cause a pilot to veer off course, loss of GPS signal likewise could.

Easter said Army aviators’ positioning, navigation and timing information, or PNT, particularly in contested space, needs to be as accurate as possible. Assured PNT, which would leverage non-GPS technologies, is the likely solution.

In FY17, “we’re investing in the development of assured PNT enablers,” she said. “This provides access to trusted PNT information, while responding to numerous threats. To better understand these threats, the Army has conducted modeling and simulations and vulnerability testing of current GPS systems.”

Easter said the Army is working on having initial operating capability in the FY 21 timeframe.

“It’s a main effort for the Army and we’re moving forward with it,” he said.

It includes things like anti-jamming antennas and military parts for navigation equipment “that make it more difficult for the adversary to accurately detect location” of friendly forces, he said.

“Knowing where we are also allows us to make sure that our weapons systems hit the locations they’re supposed to and it’s also a safety factor,” Hannah added.