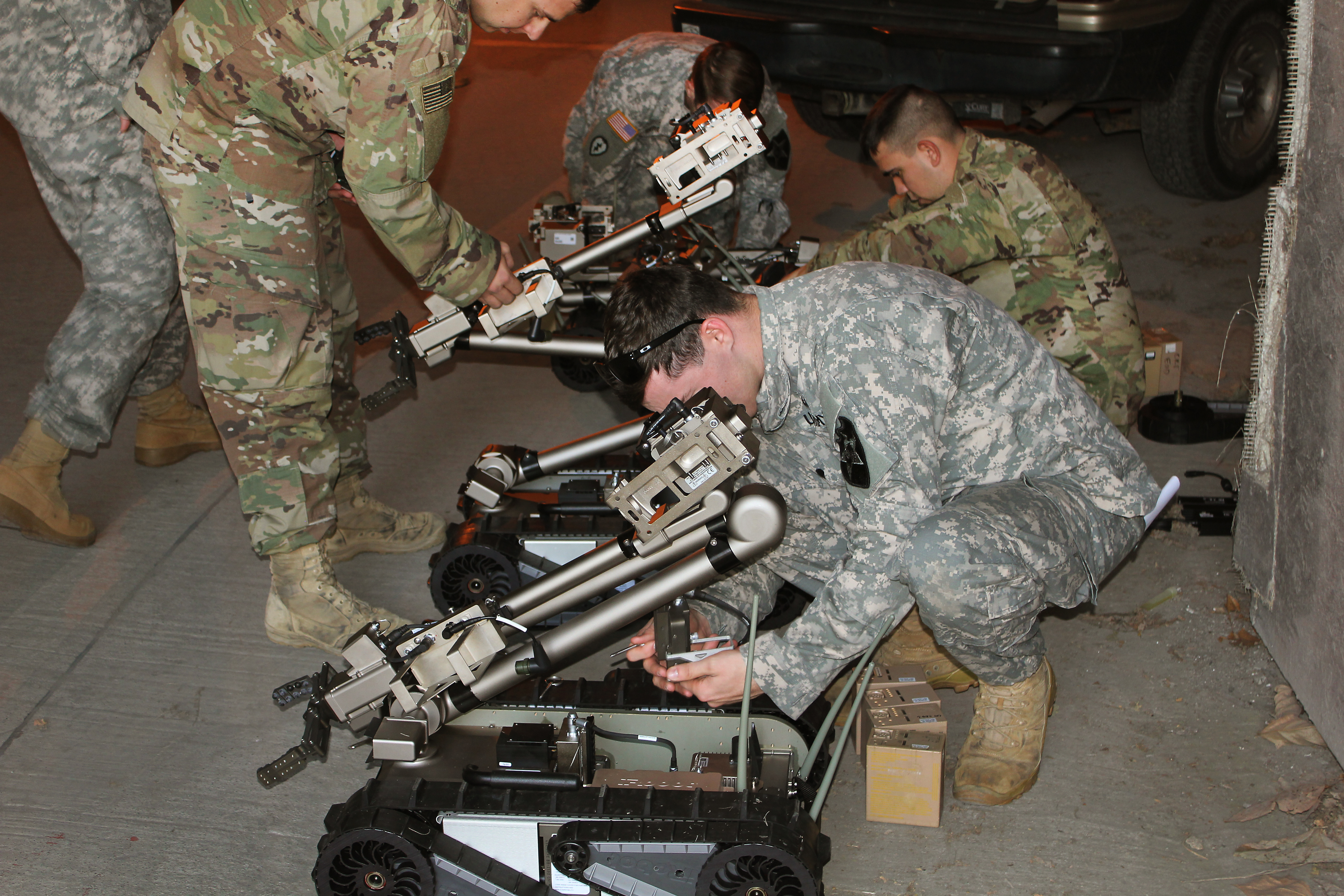 U.S. Army science and technology advisors have initiated a project to field a robot capable of assessing chemical, biological, radiological, nuclear, explosives, or CBRNE, threats from a safe distance.

“These robots are one-of-a-kind and filled a critical gap for Soldiers on the front lines in Korea,” said Lt. Col. Mark Meeker, field assistance in science and technology advisor assigned to U.S. Forces Korea.

“We leveraged an existing cooperative research and development agreement to integrate RDECOM’s expertise with a contractor that builds robots,” Koh said. “This opportunity is open to all comers and leverages the best of what industry has to offer.”

“We conducted a technical demonstration at the 2nd Infantry Division’s Micro Experiment,” said RDECOM-Pacific science advisor Richard Moore, who facilitated the demonstration on behalf of RDECOM. “Once they saw the technology, they were completely on board.”

The REF-funded modification of the 2nd Infantry Division’s existing PackBot 510, with the enhanced CBRNE sensor capability, developed through the Cooperative Research and Development Agreement.

“It is our job to get off-the-shelf technology into the hands of Soldiers as quickly as possible,” REF representative Peter “Gregg” O’Neill said.

The Robot Logistics Support Center, or RLSC, part of PEO-CS/CSS, began building robots within a month.

“We wanted to start burning the lead time, so we began the build as soon as we had the necessary details,” said RLSC director Michelle Link. “The expertise and help from iRobot was invaluable.”

The robots arrived at Camp Stanley in November 2015, and the 501st Chemical Company tested the new robots in several scenarios to learn about the system’s capabilities.

“One of our core missions is to ensure innovative solutions for the warfighter. We bring diverse stakeholders together and leverage the strength of RDECOM’s labs to expedite capability in response to Army warfighting challenges and support the Army Operating Concept,” Dunlap said.