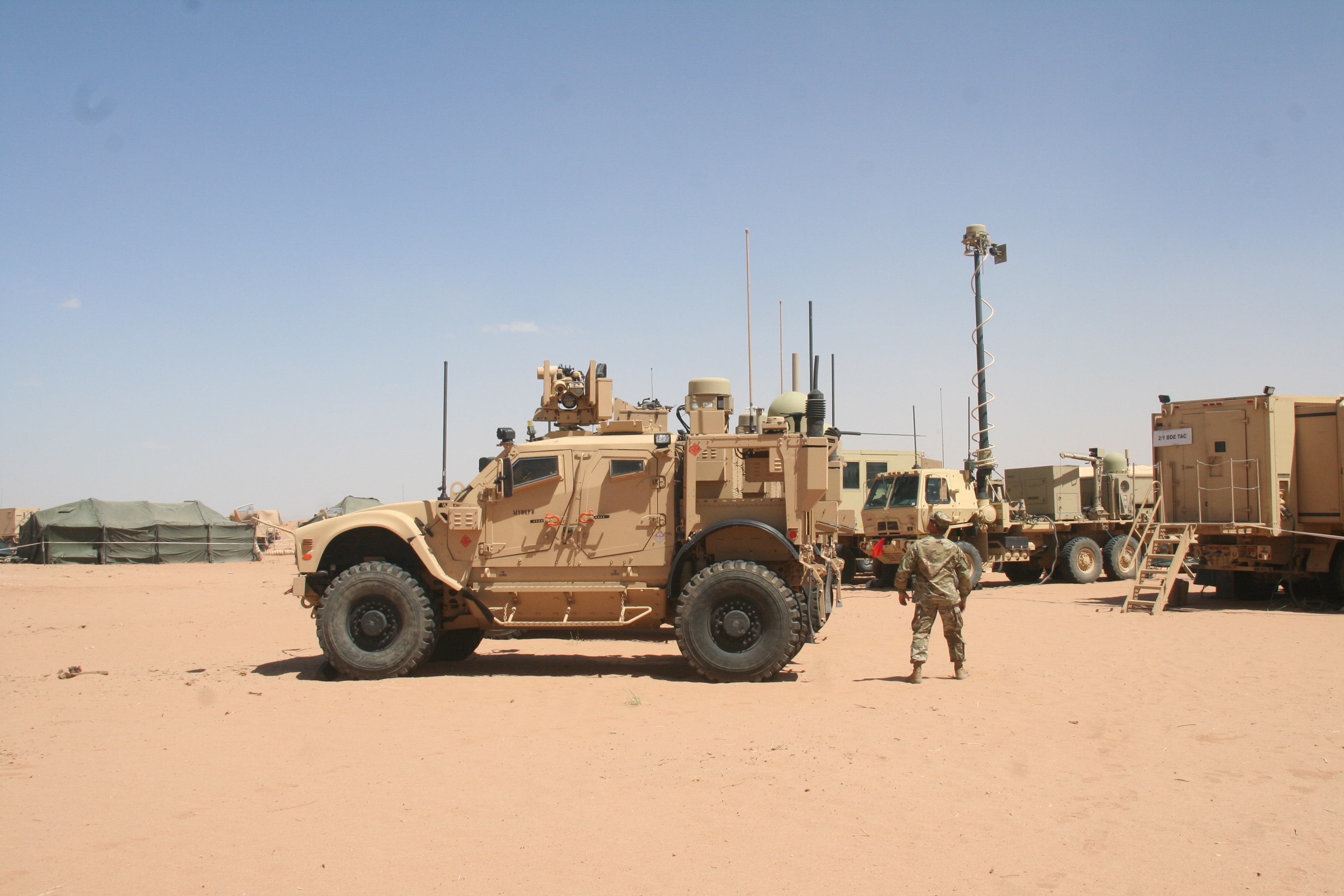 Soldiers are getting a hands-on look at the latest enhancements to Army tactical communications equipment during the two-week long Network Integration Evaluation (NIE) 16.2, which kicked off, May 2.

With 2,000 Soldiers from the 2nd Brigade Combat Team, 1st Armored Division performing combined arms maneuver missions spread out over more than 1,000 miles at Fort Bliss, Texas, the exercise will build on previous NIEs as it evaluates and improves the tactical network.

“NIE is really a team-of-teams effort between 1st Armored Division, Operational Test Command and the acquisition community,” said Brig. Gen. Terrence McKenrick, the commanding general of the Brigade Modernization Command (BMC), which helps execute the NIEs on behalf of the Training and Doctrine Command.

Since it was established in 2011, the NIE construct has continuously enhanced the Army’s expeditionary mission command network baseline for fielding to brigade combat teams by incorporating Soldier feedback into system design, performance, functionality and training. NIE 16.2, the eleventh such event, will support two Army program of record tests, as well as informal evaluations of several emerging network enhancement capabilities.

“We have repeatedly seen the value of hands-on Soldier feedback from NIE to help the Army make better decisions in our modernization efforts, while simplifying and cyber-hardening the system of systems network,” said Douglas K. Wiltsie, executive director of the Army’s System of Systems Engineering and Integration Directorate, which helps oversee and execute the NIE process for the acquisition community.

NIE 16.2, which runs through May 14, focuses on evaluating network operations (NetOps) tools that Soldiers use to manage the network, assessing the Army’s next generation of mission command applications, and informing the radio basis of issue for the mid-tier of the Army’s tactical network.

A critical objective of NIE 16.2 is focused on network simplification and management. The Warfighter Information Network-Tactical (WIN-T) Increment 3 NetOps test will look at enhancements that increase visibility and cyber-hardening across the network, while making network management tasks easier and more efficient.

Command post requirements will also be refined during NIE 16.2, with an assessment of the second version of the Command Post Computing Environment, which introduces mission command “apps” and provides commanders improved situational awareness and understanding.

While NIE exercises used to be held twice a year, these events will be now be held annually starting with NIE 16.2. In the fall, the Army will hold the first official Army Warfighting Assessment (AWA), a complement to the NIE.

NIEs, to be held each spring, will focus on formal testing and evaluation of network programs of record, while the AWAs, held each fall, will provide an experimental environment to help assess and refine requirements and improve emerging capabilities in a joint and coalition environment. Both events will work to promote innovation, modernization, readiness and developing capabilities for the future force.

“AWA is about innovation – we will work with industry to look at capability that will aid Army readiness, early developmental prototypes that we can evaluate before they are ready for NIE,” McKenrick said. “AWA will help increase the rate of readiness.”

As the Army continues to transition to a regionally aligned, expeditionary force that acts in partnership with joint and coalition forces, exercises such as the NIEs and AWAs will help inform more mobile, scalable and expeditionary network capabilities.

“We are continuously evolving the NIE and AWA construct to meet Army priorities in a resource-constrained environment, while increasing the emphasis on rapid prototyping to get Soldier feedback on leap-ahead technologies,” Wiltsie said.