The biggest air show and fair worldwide has opened on Monday at Le Bourget airport in Paris. The biggest aircraft manufacturer, Boeing, will of course be taking part in the exhibition that runs until Sunday. According to a report by the Chicago based firm, 39,000 new civilian aircraft at a combined value of $5.9 trillion could be needed in the coming 20 years.

Taking into account that older planes will be decommissioned, in 2035 the worldwide fleet of passenger planes could grow to stand at 45,240 units, twice as many as in 2015. As the below infographic shows, the biggest increase is likely to take place in Asia, whose fleet could grow from the second largest today, to the largest by far in 2035. Boeing predicts growth in today’s largest market, in North America, to be not as vast. 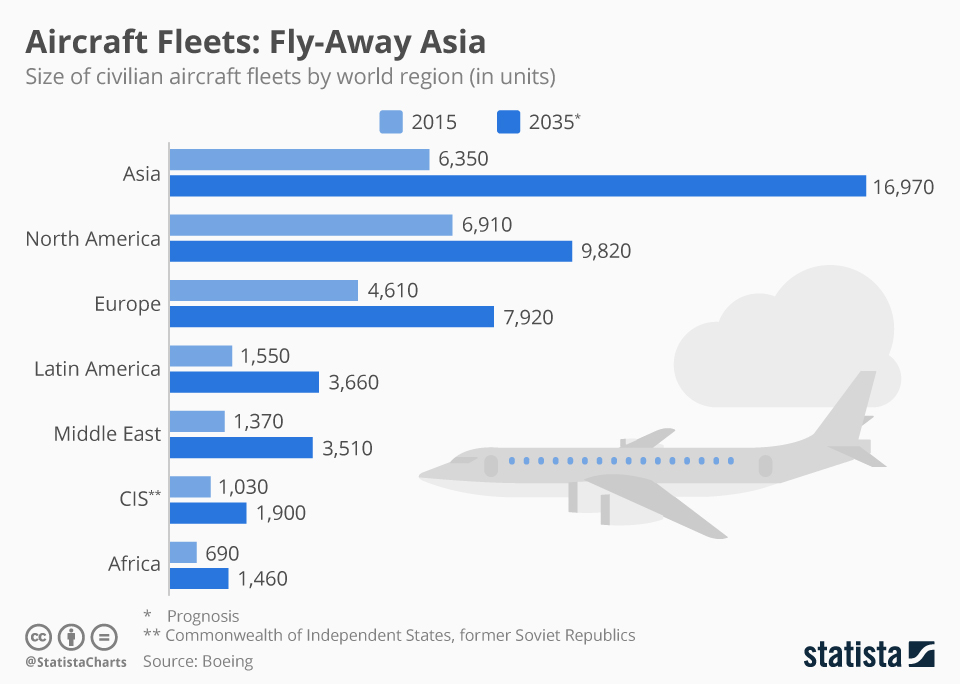