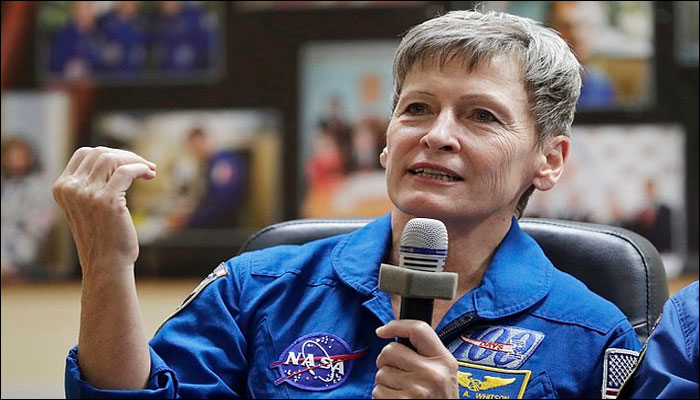 Astronaut Peggy Whitson has another record under her space belt.

Early Monday, the International Space Station commander surpassed the record of 534 days, two hours and 48 minutes for most accumulated time in orbit by an American. That record was set last year by Jeffrey Williams.

Whitson already was the world’s most experienced spacewoman and female spacewalker and, at 57, the oldest woman in space. By the time she returns to Earth in September, she’ll have logged 666 days in orbit over three flights.

As part of the celebration, Whitson is getting a special phone call. President Donald Trump will speak to Whitson from the Oval Office, along with his daughter Ivanka and NASA astronaut Kate Rubins.

The world record – 879 days – is held by Russian Gennady Padalka.