To take care of ailing batteries on the International Space Station (ISS), two astronauts embarked on a spacewalk Friday, March 22, according to the Associated Press (AP).

NASA’s Anne McClain and Nick Hague swapped out the three aging nickel-hydrogen batteries with a set of lithium-ion batteries, which are more powerful. The ISS’ robotic arm handled much of the lifting work, yet according to AP, the astronauts still had to transport 300-lb of adaptors and reconnect attachments (but weightless in space).

Although the space station uses solar panels for power generation, these batteries help when not in sunlight. “The batteries store power generated by the station’s solar arrays to provide power to the station when the station is not in the sunlight, as it orbits the Earth during orbital night,” NASA reports.

There will be another battery replacement this month, and a third spacewalk slated for early April. McClain and flight engineer Christina Koch will be on the next venture, working “on a second set of battery replacements on a different power channel in the same area of the station,” according to NASA.

Over the next few years, the ISS power upgrades will continue as more battery replacements make their way to the station.

In the image below, you can see McClain and Hague during their spacewalk. 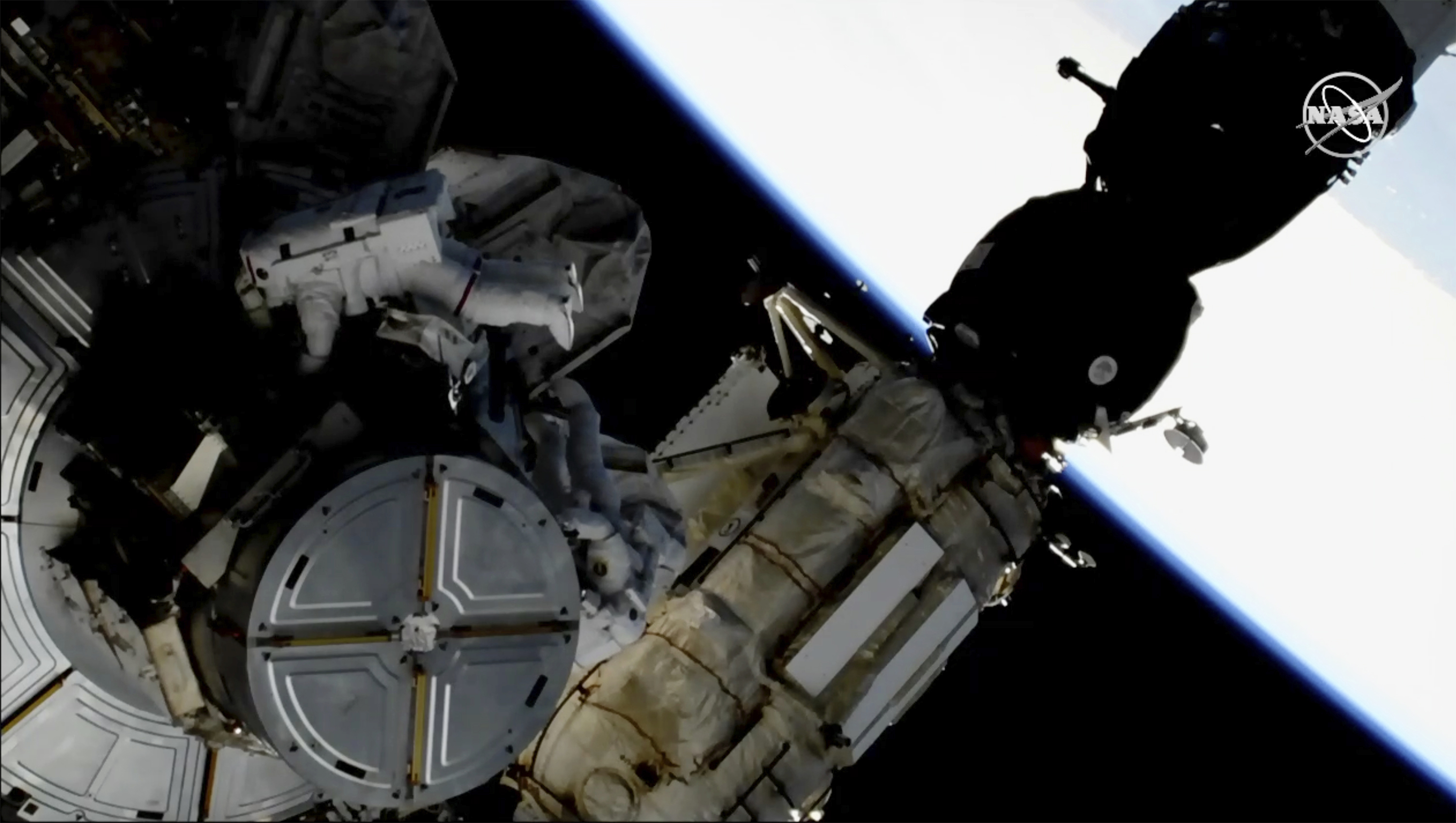