Most companies are constantly striving for more efficient, lean, working processes. Increasingly, the battle to save time and resources is being fought with machines and automation. According to a new report by McKinsey Global Institute, by 2030, automation could take away 15 percent of all global work hours from human beings, leaving around 400 million workers displaced.

Of the countries which the report focuses on, employees in Japan are expected to be hit hardest by these developments, with over one quarter of work hours in 2016 having potential for automation. The story is similar in the United States. There, in McKinsey’s midpoint scenario, 23 percent of work hours could be shifted away from employees. This would equate to the loss of 39 million jobs. In the ‘rapid’ scenario, this number increases to 73 million. 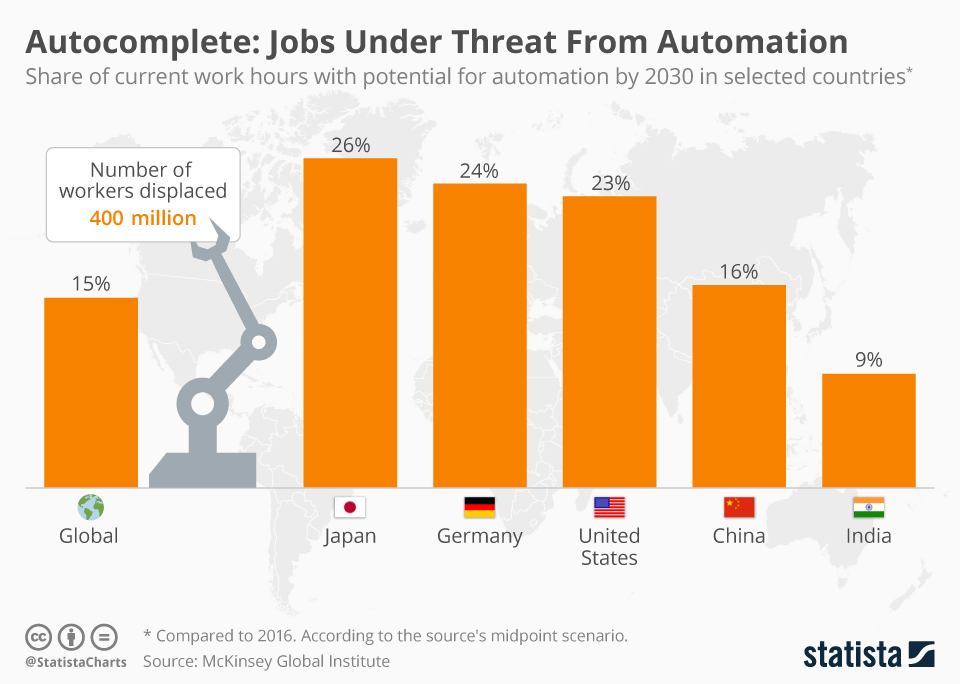