In the age of the Internet of Things (IoT) and Industry 4.0, intralogistics plays an increasingly important role. The precise transport of goods and materials will become a key factor in efficient production. The mobile transport systems from Evocortex perform this task with unusual means. Also decisive for the realization of their creative technical concept is the power density of the used FAULHABER motors.

Today, “production” is another word for “complexity.” Products are increasingly being manufactured according to the specifications of individual customers; with IoT integration, even fully automated production with a batch size of just one is possible. Such a large number of variants requires tightly meshed processes that are, at the same time, very flexible. The right parts and components – in a nearly infinite number of variations – must be ready at the individual production stations at the right time. AMR on the advance
The transport of the material, e.g. between supply points and production systems, is becoming increasingly individualized and should, at the same time, be performed as automated as possible. Mobile robot platforms – known in the industry as autonomous mobile robots (AMR) – are, therefore, on the advance in warehouse and production halls around the world.

Focusing on this market is the Nuremberg-based startup Evocortex, which was founded in 2016 with the participation of experienced robot experts. Closely associated with neighboring Nuremberg Tech (Technische Hochschule Nürnberg) and other educational and research institutions, the company entered the market with an entirely new AMR concept. With its products, the company offers creative and innovative solutions for the requirements of modern logistics.

“Conventional AMR often require spatial adaptations to the travel paths or even technical changes to the processes,” explains Managing Director Hubert Bauer. “Optical markings, for example, are needed so that the vehicles can orient themselves; paths and intersections must be of the specified dimensions and curve radii. We, on the other hand, wanted to create transport robots that adapt to the needs of the customer and not the other way around.”

The “fingerprint” of the hall floor indicates the exact position
The autonomous mobile robots (AMR) from Evocortex require absolutely no preinstalled guidance system to determine their location and find the right way. They orient themselves simply using the irregularities in the hall floor. Such irregularities can be found even on typical smooth concrete floors and are registered by the robot’s high-resolution camera. The camera is located on the underside of the vehicle, captures an area of 10 x 10 centimeters, and uses the image data to produce the equivalent of a fingerprint of the hall floor. 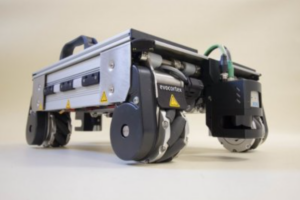 Behind this ingenious system is the self-developed Localization Module (ELM) from Evocortex.

During the initial teach process, the robot moves across the hall floor in a grid pattern. With the help of complex algorithms, a highly precise map is produced from a pattern of individual points. In the future, this will also be performed using self-learning artificial intelligence. In addition, the controller detects the vehicle’s own movement. By combining the data, it can – on a theoretical area of one square kilometer – position precisely to within a millimeter. To do this, just three identified points are needed. Even if 50% of the floor is covered with sawdust, the ELM remains unfazed and ensures robust, precise, and exact navigation. Permanent new scratches in the floor are added to the map; features that disappear are removed after a certain time.

The AMRs can optionally be equipped with additional LIDAR sensors on one or two fronts. These scan the room in the direction of travel and detect obstacles – including those that are moving, such as people who cross the travel path. The vehicle stops immediately to ensure the safety of employees.

Unrestricted mobility with Mecanum wheels
A normal wheel moves in only the same direction as its axis. To precisely position a vehicle with such wheels, one must maneuver in the same way as when parking a car. To avoid this, the developers at Evocortex opted for the Mecanum wheel. Instead of a closed running surface, barrel-shaped rollers are mounted on its rim. They are fastened at an angle of 45 degrees to the axle of the wheel and can turn about their own angled bearing axis. The shape, size, and spacing of the rollers are selected to give the wheel a continuous rolling surface.
When the Mecanum wheel turns, two force components arise: in the direction of rotation of the entire wheel as well as at a right angle to the wheel’s direction of rotation. Thus, the resulting direction of the movement lies in between: the Mecanum wheel “wants” to move at an angle of 45° to the axial direction. Due to the mobility of the rollers, however, it has no directional stability. If there are additional forces, its own direction of movement can be deflected in any direction. 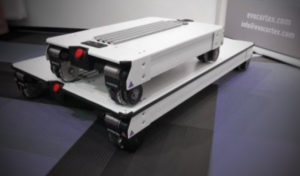 On a vehicle with four Mecanum wheels, each of the 45° angles are arranged with a 90° offset. Thus, each wheel tries to move in a different direction. By varying the direction of rotation and speed of the individual wheels, the vehicle can be steered in any direction from a standstill or rotated on the spot. On the horizontal plane, it can thus move as freely as a hovercar. The Mecanum wheels thereby enable agile and omnidirectional movement of the robot.

Scalability in millimeter increments
The AMR from Evocortex offer yet another dimension of flexibility: they enable a practically unlimited selection of sizes. “If desired, we can adapt our robot to our customers’ requirements in millimeter increments,” emphasizes Hubert Bauer. “Every external dimension between 400 by 480 and 800 by 1200 millimeters can be realized.” With the EvoRobot R&D and EvoRobot Industrial product lines, these also correspond approximately to the external dimensions of the load-bearing platform. All technology – sensor, controller, lifting unit, and wheel drives – are housed beneath the platform.

The wheel drive module is a decisive element for this scalability. It is located directly above the wheel and, together with the wheel, forms a standardized, independent function unit. As a result, the wheels can be mounted at any distance from one another. The decisive prerequisite for this arrangement is a powerful motor with very small dimensions.
“We took a very close look to determine which motors on the market were candidates for this application,” says Hubert Bauer, recalling the development phase. “Only with FAULHABER were we able to find the power density that we needed. The motors from the competition had no space left for the required torque.”

Enormous power, minimal size
The wheel modules of the EvoRobot are equipped with DC-motors of the 3257… CR or 3272…CR series. Each is fitted with an IEF3 encoder and a 38/2 S gearhead. For fast stopping and to ensure the wheels remain locked in position once stopped, the wheel motors are also equipped with a brake. “Thanks to the enormous power of these micromotors, the EvoRobot can transport up to 200 kilograms. Larger loads will be possible soon,” explains Hubert Bauer. “The transport also functions on a ramp with a slope of up to five degrees and a speed of one meter per second.” 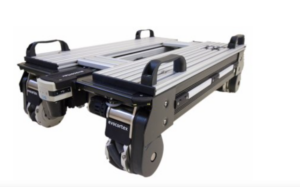 The EvoCarrier product line is designed for transporting small load carriers. In the inner workings of this AMR, things are even tighter than with the EvoRobot. Its ground clearance is less than 100 mm. As a result, it can move into extremely low openings below a transported good. Two or four EvoCarriers can also work together to transport pallets or an entire shelving unit. The developers selected a so-called “flat rotor motor” as the drive here – a brushless motor of the 4221… BXT series measuring just 21 millimeters in length. This allows the EvoCarrier to transport floor rollers loaded with small load carriers (KLTs) weighing up to 120 kilograms in total. In the long term, the managing director believes there will be a transition to brushless motors with the EvoRobot as well and the modules will be further standardized.

In addition to the ratio between power and volume, it is above all the zero maintenance and the reliability in continuous operation that play an important role in the operation of the AMRs. “Our requirements in terms of service life are more than satisfied by the FAULHABER motors,” says Hubert Bauer. “In addition, it is of advantage that the drives function with all common industrial controls. The experts from FAULHABER were also very helpful in finding the optimum parameter settings for series production.” 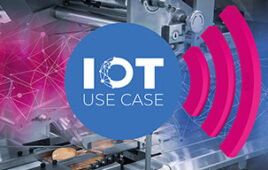 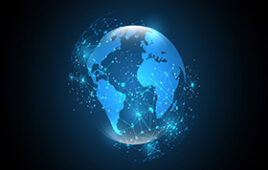