The heart of the most common type of laser is the optical cavity. It is typically cylindrical and contains the gain medium. The gain medium is a material through which light passes and is where light amplification takes place.

Highly polished mirrors sit at either end of the optical cavity. Energy in the form of an electrical current or light excites the gas or liquid gain medium to generate laser light. It bounces back and forth between the two mirrors. Each time coherent laser light traverses the gain medium, the light is amplified. The back mirror is 100% reflective. In contrast, the front mirror is typically 99% reflective; in other words, it is partially transparent. A small amount of light escapes from the partially transparent mirror at each cycle. But because the cycles recur with great frequency, the amount of emitted light may be quite substantial. This radiation is stimulated rather than spontaneous, it is coherent, and the resultant output is a laser beam.

Many different materials can be used as the gain medium. In helium-neon lasers, the medium is a gas composed primarily of helium with about 10% neon. To initiate lasing, an electrical discharge ionizes the gas. The resulting plasma contains many He atoms in metastable states. In these states one of the He valence electrons rises to a higher energy level where it remains for a relatively long time. Collisions between the metastable He atoms and Ne atoms push one of the Ne electrons up to a higher energy level matching that for one He electron. There is lasing action when there are a predominance of Ne atoms with electrons in the higher energy state. This is a condition easy to satisfy because there are many more He atoms available to supply energy than Ne atoms.

In a carbon-dioxide laser, the gas is a mixture of CO2, N2, H2 and/or Xe, and He. Here electrons excite N2 electrons. There is a collisional energy transfer between the N2 and CO2 molecules which cause population inversion (a difference between excited and lower energy atoms sufficient to produce optical gain) for lasing. The lasing leaves the N2 molecules in a lower excited state. They tranisiton to a ground state via collisions with cold He atoms This heats the He atoms which either must be exhausted from the gas or cooled by striking the container walls.

Carbon dioxide lasers are capable of a high output – 10 kW continuously and much more in short pulses. They can cut and weld metal.

Some other types of lasers are the ruby laser, argon-ion laser, neodymium yttrium-aluminum garnet laser and the laser diode. A laser diode is electrically a p-i-n diode. Its optical cavity is effectively the intrinsic (i) region. Electrons and holes are pumped into it from the n and p regions respectively.

Lasing takes place in a laser diode because the diode uses materials unlike those of conventional diodes and is fabricated with a special structure. When an electron and a hole are present in the i region of a laser diode, they may recombine or “annihilate” — the electron may re-occupy the energy state of the hole, emitting a photon with energy equal to the difference between the electron and hole states involved. In contrast, the recombination of electrons and holes in a conventional semiconductor junction diode releases energy that is carried away as phonons, or lattice vibrations, rather than as photons.

Laser diodes emit photons rather than phonons because they are comprised of a  type of semiconductor whose physical and atomic structure confers the possibility for photon emission. In contrast, silicon and germanium have bandgaps that do not align in the way needed to allow photon emission.

Lase diodes typically use  compound semiconductors, those having crystalline structures closely resembling those of silicon or germanium but which use alternating arrangements of two different atomic species to break the symmetry. The transition between the materials in the alternating pattern creates the critical energy bandgaps needed for lasing.

As in other lasers, the diode laser contains a gain region is surrounded with an optical cavity. The simplest laser diodes form an optical waveguide on a crystal substrate surface, such that the light is confined to a relatively narrow line. The two ends of the crystal are cleaved to form perfectly smooth, parallel edges, forming a Fabry–Pérot resonator. As a light wave passes through the cavity, it is amplified by stimulated emission. A point to note about this scheme is that the laser light beams out from the edge of the diode die rather than from the top of bottom.

In contrast, a newer diode structure called a vertical-cavity surface-emitting laser (VCSEL) puts the optical cavity axis along the direction of current flow rather than perpendicular to the current flow as in conventional laser diodes. The the radiation emerges from the surface of the cavity rather than from its edge.

The reflectors at the ends of the cavity are dielectric mirrors formed from alternating high and low refractive-index quarter-wave-thick multilayer.

Still another type is the dye laser. Since it is tunable, it is capable of operating at different frequencies.

All of these have pumps, which supply power to the laser medium on an ongoing basis. The pump can be powered by a single AAA dry cell, as in a laser pointer, or it can be powered by a nuclear reactor. In the latter instance, substantial power can be delivered to a remote location, in theory to a threatening asteroid, since the laser beam does not spread, to dissipate in an ever-widening arc. 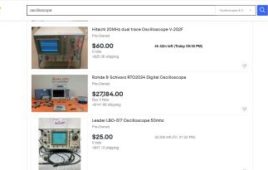 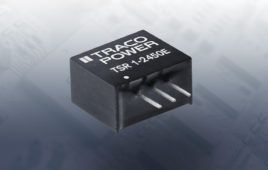 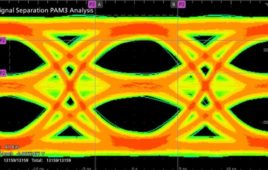 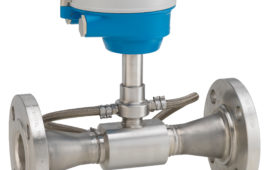