During the holiday months especially, it’s important to remember to give back to those who need it most. Not that we shouldn’t be doing all year long, but this is often when we make an effort to set aside time to go out and make a difference.

We cannot always do good for everyone, as unfortunately there is only so much time we can devote to helping.

One company, however, has come up with a feasible solution for some to actually provide for themselves in an unusual, yet effective way.

As you probably know, in some parts of the world people still have no access to electricity. Now, they can actually generate it themselves. Billions in Change is providing Free Electric bikes that lets users produce their own electricity by just pedaling a seated bike. 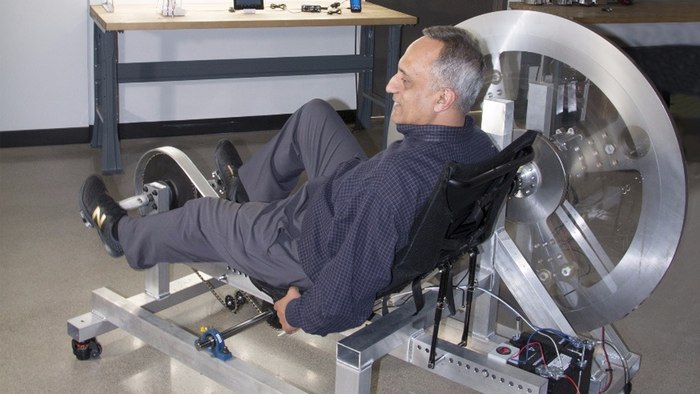 Pedaling the Free Electric for one hour is said to yield enough electricity to serve a home for 24 hours (Credit: Billions in Change)

Manoj Bhargava, the founder of Billions in Change, is aiming to “positively impact humanity” with the development and distribution of his invention that can provide solutions to those without electricity, specifically for problems in the areas of water, energy, and health.

These bikes are not new by any means, but no bike before could produce electricity to power 24 light bulbs, a fan, a phone and tablet charger at the same time.

The company launched about 3 years ago, and hit some major bumps in the road in the beginning. Now though, the bike has been refined to be made as simple as possible, as well as effective.

The bike has one, optimal gear (configured by engineers) which spins a flywheel, which turns a generator, which, in turn, charges the battery.

The company claims the Free Electric yields enough electricity to serve one home with clean electricity for 24 hours. This is a rough estimate, as it truly depends on what is being powered, but you get the idea. There are no specific output figures just yet, but with time, the company hopes to further refine the bike.

As of now, two versions are available. One, simplistic version for poorer countries will cost about $250, and a more sophisticated model aimed at wealthier countries who have electricity, but may experience outages, is priced at $1,200-$1,500.

An interesting concept, that I for one hope becomes successful sooner rather than later.