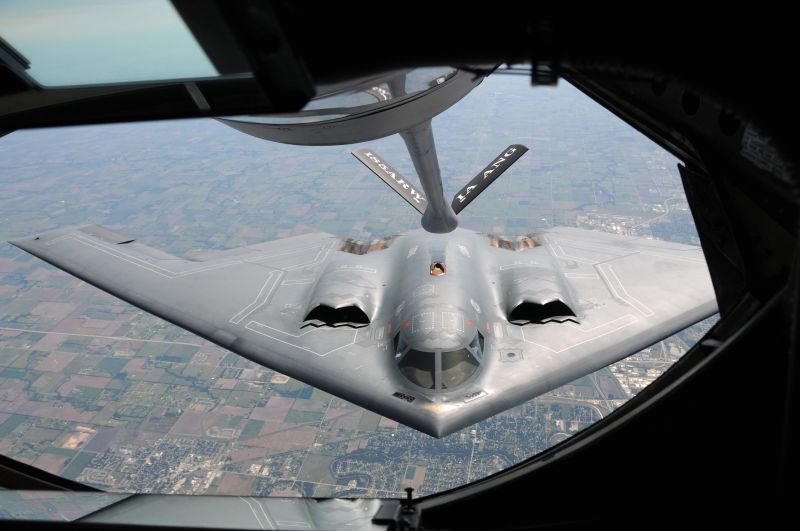 Today Secretary of Defense Ashton Carter announced the U.S. Air Force’s decision to award the contract for the new, nuclear-armed, long-range penetrating strike bomber (or B3) program, which would cost in excess of $100 billion to design and build 80-100 of the planes.

The bomber buy is just one part of the Pentagon’s plan to spend at least $348 billion to maintain and rebuild the nuclear arsenal and refurbish the nuclear weapons complex over the next decade, according to a 2015 Congressional Budget Office (CBO) report.
“Given the B52H and B2A bombers are expected to remain in service through 2040 and 2060, respectively, there is no need to rush forward with the new strategic bomber, especially when it will compete with other high priority Air Force and Pentagon nuclear and conventional priorities,” said Kingston Reif, director of disarmament and threat reduction policy with the Arms Control Association.

“We believe the administration’s redundant, all-of-the-above approach to rebuilding all of the major U.S. nuclear weapons delivery systems at levels beyond realistic deterrence requirements is unsustainable and will deplete resources from higher national security priorities,” said Daryl Kimball, executive director of the Arms Control Association.

The Air Force wants a total 1,000 of the new nuclear-armed cruise missiles for use by all three bombers—the B52H, the B2A and the B3—at a development cost of some $20-30 billion.

“The Pentagon has failed to provide a compelling reason why it needs both a new penetrating bomber and a standoff missile to meet the nuclear deterrence requirements of the United States and our allies,” said Reif of the Arms Control Association.

“The requirement that the air-leg of the U.S. triad have two means to assure mass destruction against the most advanced air-defenses constitutes excessive redundancy. Other weapons, such as submarine-launched ballistic missiles, can penetrate air defenses with high confidence,” Reif added.

Perry and Weber described nuclear-armed cruise missiles as “a uniquely destabilizing type of nuclear weapon.” The development of a new version “would not diminish the formidable U.S. nuclear deterrent in the least” and “could lay the foundation for a global ban on these dangerous weapons.”

“Proponents of the new nuclear air-launched cruise missile say that it provides the president with flexible options in the event of a crisis and the ability to ‘control escalation’ in a conflict with another nuclear-armed state. In other words, the missiles would come in handy for nuclear war-fighting,” Reif said.

“The thinking behind the new cruise missile is inconsistent with the stated goal of President Obama to reduce the role and number and salience of nuclear weapons in U.S. military strategy,” Kimball charged.

“Future nuclear force planning needs to take into account the fact that the President’s 2013 nuclear weapons employment guidance allows for a one-third reduction below New START levels, but even if the United States maintains New START warhead levels, it can do so at significantly lower cost,” Kimball said.

“Despite warnings from senior officials that the current modernization plans are unaffordable, Secretary Carter and President Barack Obama have failed to make common-sense adjustments. They can and should trim back, and in some cases, forgo redundant and costly systems, such as a new nuclear-armed cruise missile, and save taxpayer dollars,” Kimball added.