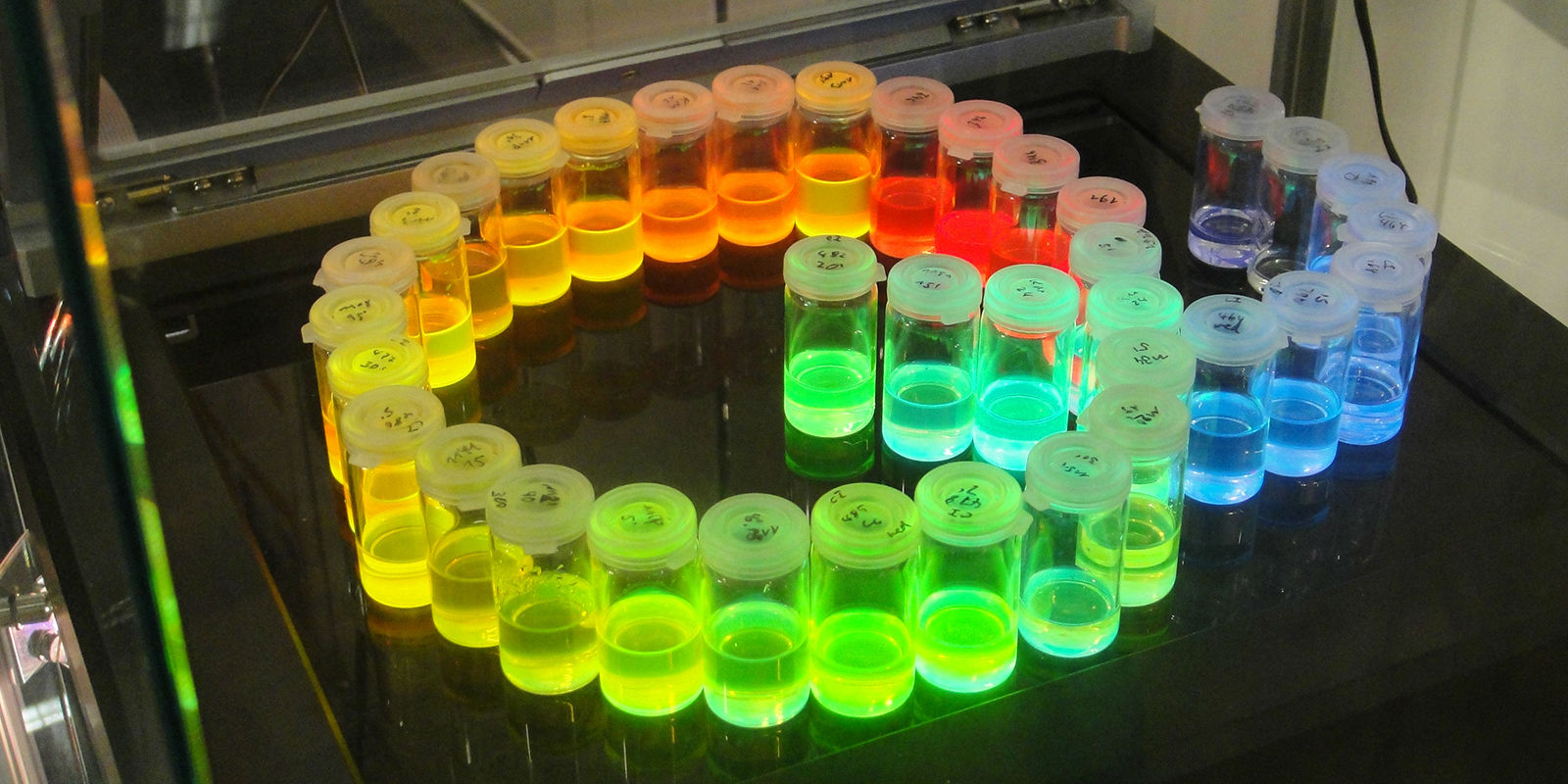 The landscape is breathtaking. Because it is so real, you forget for a moment that the eagle circling the sky is not outside your window, but is instead on your television.

Such deceptively realistic images are not only a result of the high resolution displays available on modern devices; the colors play a role as well, and they are becoming ever brighter and richer. This is possible thanks to tiny crystals known as quantum dots (QDs), which have a thickness of merely a few atoms.

These nanoparticles located in the backlight units of QD LCD displays offer a cornucopia of colors, but also they possess another extraordinary characteristic.

“One big advantage of quantum dots is that their optical properties can be selectively modified by changing their size,” explains Dr. Armin Wedel of the Fraunhofer Institute for Applied Polymer Research IAP in Potsdam, Germany. “This means you no longer have to manufacture three separate materials for the colors red, green and blue; now it is possible to do the job with just one.” This saves both time and money.

Over the last several years, Fraunhofer IAP researchers in Potsdam have been developing quantum dots for customers in a wide range of industry sectors. They manufacture the nanoparticles using chemical synthesis and customize them for each application.

This initially results in very small particles that radiate blue light. At sizes above approximately 2 nanometers, the color changes to green. The largest of the quantum particles, at 7 nanometers in size, emit within the red spectral range.

Currently, Wedel and his team are developing quantum dots for display backlighting on behalf of Dutch company NDF Special Light Products B.V. These quantum dots will improve the color rendering and color realism of the displays.

Here, the crystals are manufactured for the different emission colors and embedded in plastics. These plastics are subsequently processed into films and built into the display as a conversion film.

Alternative materials based on indium phosphide

With this task, researchers are facing a new challenge. The EU Commission is currently considering a ban on cadmium in consumer goods by 2017, because of its damaging effect on the environment.

However, it is also considered to be the ideal material for manufacturing the crystals – cadmium-based quantum dots can achieve a narrowband spectrum sharpness of just 20 to 25 nanometers. Display manufacturers around the world are now looking for suitable replacement materials with similar characteristics. Against this backdrop, Fraunhofer IAP looks to be on a promising path.

“We are testing quantum dots based on indium phosphide together with NDF Special Light Products,” says Wedel. His team has already managed to achieve a spectral sharpness of 40 nanometers. At first glance, that does not seem too far away from the quality achievable with cadmium-based quantum dots, but the differences in color fidelity are still present. “We see this as a good first milestone, but we are still striving for further improvement,” says Wedel.

This effort is set to pay off, as television manufacturers are not the only ones who covet these little color wonders. There is also great market potential for special applications such as medical or aeronautical equipment displays.

Furthermore, quantum dots can also increase the efficiency of solar cells, or can be employed in bioanalytics. For such special cases, the optical characteristics of the quantum dots must be precisely configured to the specific application requirements.

“We’re in a good position thanks to our extensive experience in manufacturing quantum dots to meet specific customer requirements,” says Wedel.