Somewhere in the hazy past in the middle of the dot-com boom era, I remember standing in a white-walled lab space looking at a computer screen with a window opened onto a new world, literally and figuratively. Visible in this window was a light bulb in someone’s home far away. We were about to witness a demonstration, remotely controlling the light, turning it on and off.

We were in the offices of an automation and control company in southern California and what I saw that day, more than a decade ago, was the emerging promise of the Internet and the World Wide Web still in its infancy.

Today, there is a lot of buzz about something called the Internet of Things (IoT), announcing it as something radically new and revolutionary. But to me it seems like only the fulfillment of this decades-old promise of complete interconnectedness.

As they used to say on the old “Six Million Dollar Man” TV show, we have the technology. In fact, it’s been there for a while. What we have now are the economies of scale and the networking infrastructure to make it all come together. Some predictions even put the number at 50 billion connected devices by the year 2020. (Design World editor Leslie Langnau recently looked at the nuts and bolts of the Internet of Things and how companies are responding with new offerings.)

The industrial world has been moving toward this model for years now. There are smart sensors in machines and motors, and predictive maintenance is a well-established feature in many industrial systems and components, from encoders to ball bearings. But these are usually on much more limited and safer industrial intranets, not fully connected to the outside world of the Internet.

While there’s no doubt that there are some great potential benefits to this expansion of the Internet, there are also some significant challenges, with perhaps the two most significant being data security and user privacy.

Recent big-name data breaches, such as last fall’s Target data breach that compromised the personal records of millions of its customers, highlight just how much data is out there already (before the IoT really gets going and exponentially multiplies the amount of data) and how vulnerable it is to hackers.

But if we’re talking security and privacy issues, this means the focus isn’t really at the component level or so much on the hardware side but on the software side of things. This is the IT department, the programmers and system administrators who are the data gatekeepers, so to speak. The bulk of the burden for security and privacy will fall to them.

So just like in the old days, it might pay to get to know your IT personnel better.

Watch as Design World editors dish about the Internet of Things in a recent session of the Editors on Topic video series. 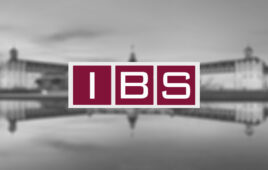 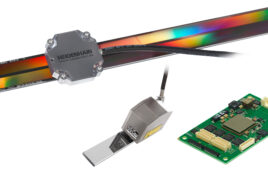