Federal prosecutors in California and Florida sued on Wednesday to stop two companies from providing stem cell treatments, alleging the clinics marketed their procedures as remedies for ailments including cancer and heart disease without proof of safety and efficacy.

The firms put consumers at risk by promising benefits from treatments and products never approved by the Food and Drug Administration, the Justice Department alleged in court filings in both states.

The complaints involve cells taken from patients’ own fat tissue. It’s a growing practice where practitioners collect the fluid from patients via liposuction, treat it with chemicals and then inject it back into the body to treat various conditions. 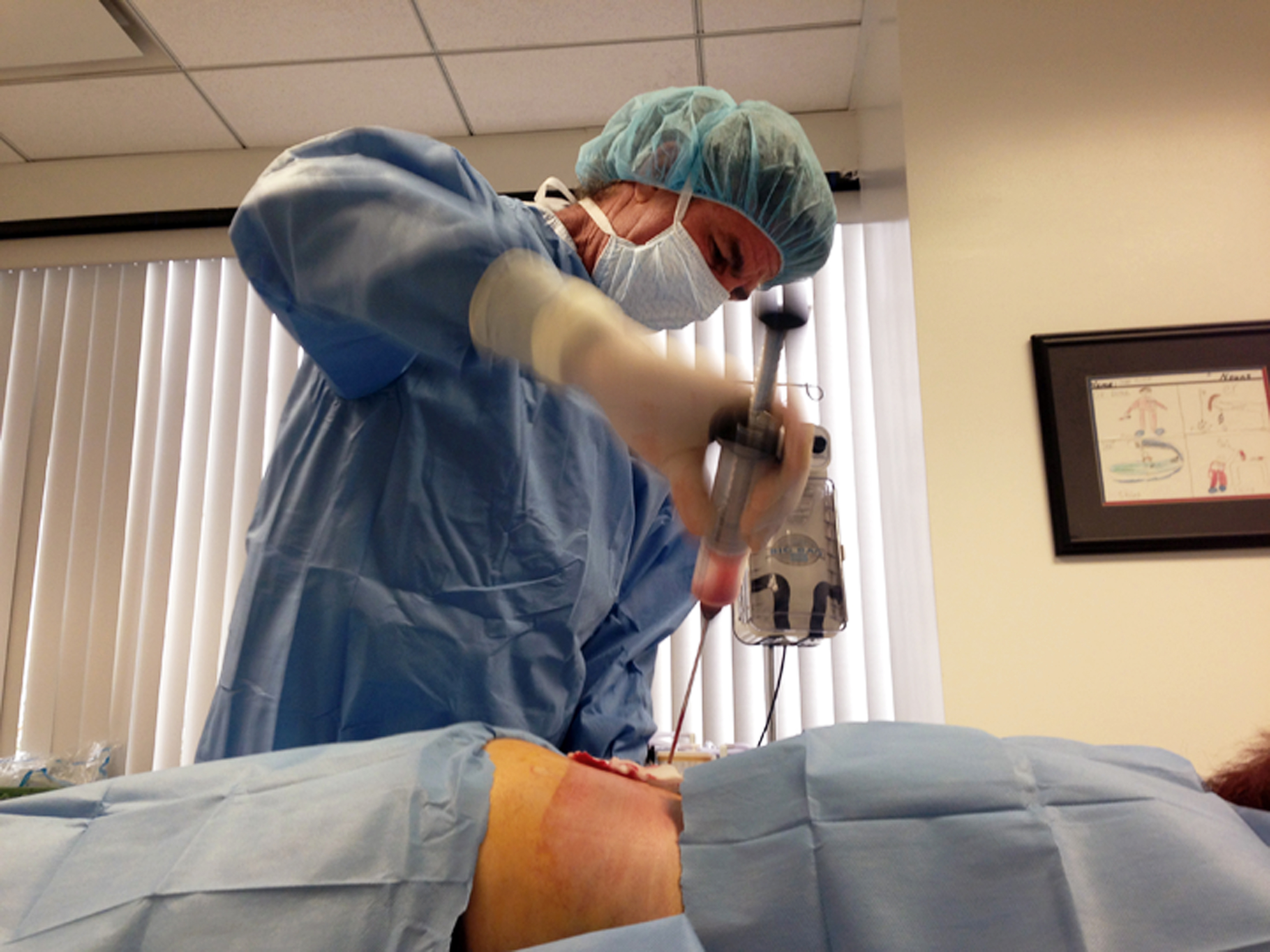 In this Dec. 5, 2014 file photo, Dr. Mark Berman, of the Cell Surgical Network, collects fat from a patient’s back as part of an experimental stem cell procedure in Beverly Hills, Calif. Federal prosecutors in California and Florida sued on Wednesday, May 9, 2018, to stop Berman’s and another company from providing stem cell treatments, alleging the clinics marketed their procedures as remedies for ailments including cancer and heart disease without proof of safety and efficacy. Berman, co-director of the California clinics, said he stands by his treatments and looks forward to fighting the lawsuit. (AP Photo/Raquel Maria Dillon, File)

Mark Berman, co-director of the California clinics, said he stands by his treatments and looks forward to fighting the lawsuit. He said the government had outdated views of stem cell research.

“The idea that we’re doing something dangerous is erroneous,” Berman said.

U.S. Stem Cell said in a statement that it would “vigorously” defend itself in court.

“I remain steadfast that no government agency should deprive individuals of their right to harness the cells that exist in their body,” said Dr. Kristin Comella, the Florida company’s chief science officer.

According to the complaints, the defendants used their products on thousands of patients without first obtaining necessary FDA approvals. The clinics claim the procedures can treat ailments including cancer, pulmonary disease, arthritis, stroke, Parkinson’s disease, spinal cord injuries and traumatic brain injury.

The court filings allege that that in some cases patients suffered “adverse events” including infections that required hospitalization and, in at least one instance, retinal detachments after receiving eye injections.

The suits were filed at the request of the FDA, officials said. Last year the FDA laid out a strategy for regulating cell-based medicine, including hundreds of private clinics that have opened across the nation in the last decade. Many of the businesses promote stem cell injections for dozens of diseases. They can cost $5,000 to $50,000, but there’s little research that such procedures are safe or effective.

Stem cells have long been recognized for their ability to reproduce and regenerate tissue. And while emerging research suggests that they will eventually be used to treat a range of debilitating diseases, they are currently only approved for a handful of medical procedures. For instance, adult stem cells from bone marrow transplants have long been used to treat leukemia and other blood diseases.