California officials on Wednesday withdrew their request to sell unsubsidized insurance policies to people who can’t prove they’re legally in the United States after learning the decision would fall to President-elect Donald Trump’s administration.

Calling the decision “the first California casualty of the Trump presidency,” Sen. Ricardo Lara said he doesn’t trust the incoming administration to protect people’s privacy and health. The Democrat from Bell Gardens wrote legislation seeking to waive a federal requirement that the Covered California insurance exchange only do business with citizens and legal U.S. residents.

Officials from the U.S. Centers for Medicare and Medicaid Services notified Covered California’s executive director on Tuesday that there would be a one-month public comment period and a 180-day window to make a final decision. 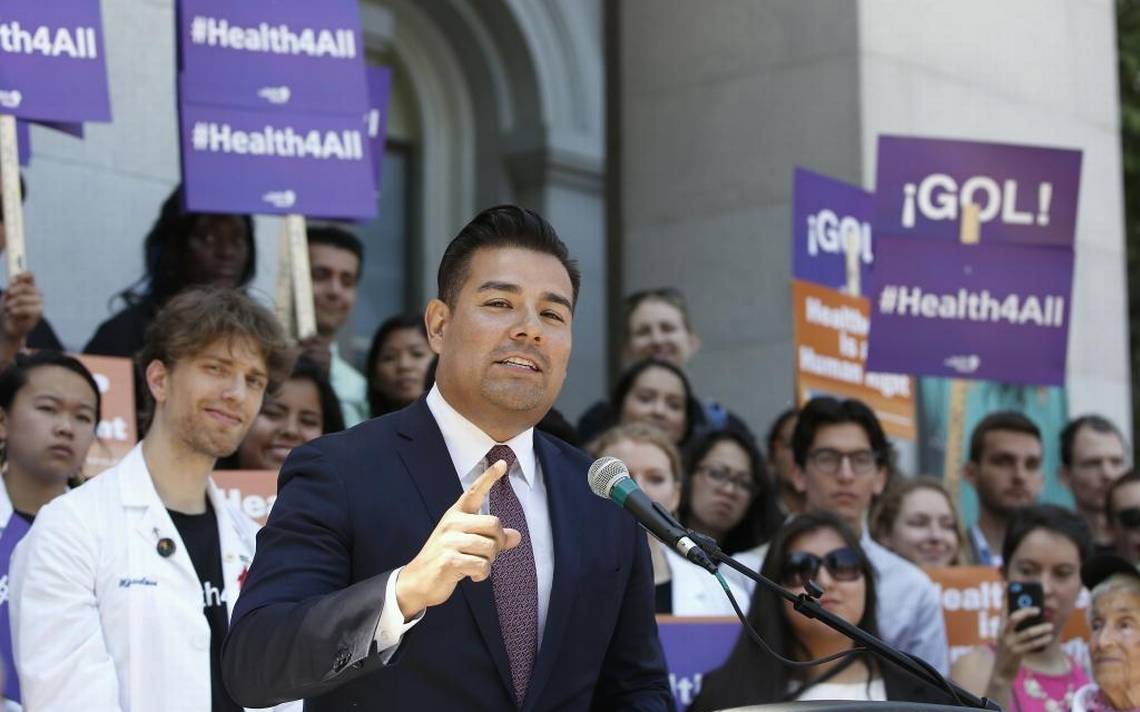 Trump, who has alarmed California Democrats with his rhetoric about immigrants and his pledge to step up deportations, takes office on Friday.

“California is committed to a healthier future for all, and we will continue to seek ways to expand health coverage even as Republicans in Washington move to take it away,” Lara said in a statement, referring to GOP efforts to repeal President Barack Obama’s healthcare law.

It’s unclear how many immigrants could afford the unsubsidized premiums, which can cost hundreds of dollars per month for basic coverage. Immigrants without legal status currently can buy the health coverage through an insurance agent. The bill’s supporters say more would likely sign up through the Covered California website, in part because of the millions of dollars in advertising and enrollment assistance the agency funds each year.

Most immigrants living in the U.S. illegally have family members who are citizens or legal residents and would be eligible for coverage from Covered California, Lara has said. The bill would be especially beneficial to those “mixed-status” families, who would be able to shop for coverage together online.

Critics of Lara’s legislation said it was a distraction for lawmakers who should have been focused on problems affecting U.S. citizens.