Smoke from California’s Soberanes Fire was captured in an image from NASA’s Aqua satellite on August 8, 2016.

Inciweb, an interagency all-risk incident information management system that coordinates with federal, state and local agencies to manage wildfires reported that the Soberanes Fire had covered 60,900 acres as of August 8, 2016. It is currently 50 percent contained. It started from an illegal campfire according to Inciweb.

The fire is raging in Soberanes Creek, Garrapata State Park, north of Palo Colorado/Big Sur. Inciweb indicated that CAL FIRE and the United States Forest Service, Los Padres National Forest were jointly managing the firefighting efforts. Extremely remote and rugged terrain with limited access coupled with hot and dry weather and an above average cured grass crop has resulted in a high resistance to control. Fire continues to burn in steep, rugged and inaccessible terrain. For updates on the fire, visit: http://inciweb.nwcg.gov/incident/4888/.

The Damage Inspection Team continues working in collaboration with Monterey County Office of Emergency Services on assessment of damaged structures and infrastructure. At the end of the day on August 8, a total of 57 residences and 11 outbuildings have been destroyed. Three residences and two outbuildings have been damaged. For effects on area air quality, visit:https://www.airnow.gov/index.cfm?action=airnow.local_state&stateid=5. 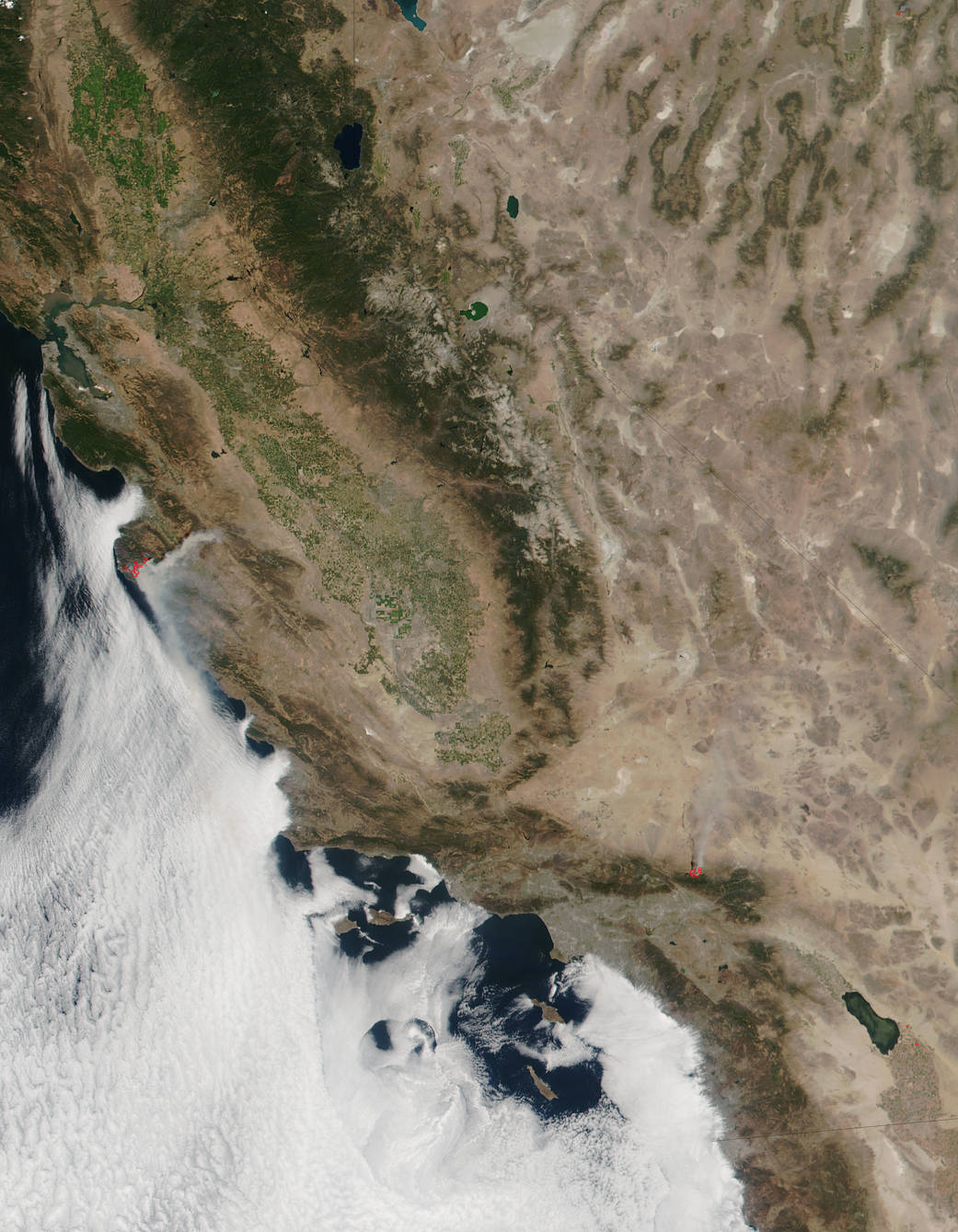