China is unleashing stealth drones and pilotless aircraft fitted with AK-47 rifles onto world markets, racing to catch up to US technology and adding to a fleet that has already seen combat action in the Middle East.

Combat drones were among the jet fighters, missiles and other military hardware shown off this week at Airshow China, the country’s biggest aerospace industry exhibition.

“We are convinced that with this product clients will quickly contact us,” said Shi Wen, chief engineer of the Caihong (Rainbow) series drones at state-owned China Aerospace Science and Technology Corp (CASC).

The CH-7’s maiden flight is slated for late next year.

CASC has clients in around 10 countries, Shi told AFP, while declining to name them.

“Some things remain sensitive,” he said.

China’s drones are now flying in the Middle East, as Beijing has fewer qualms than the United States when it comes to selling its military UAVs to other nations. 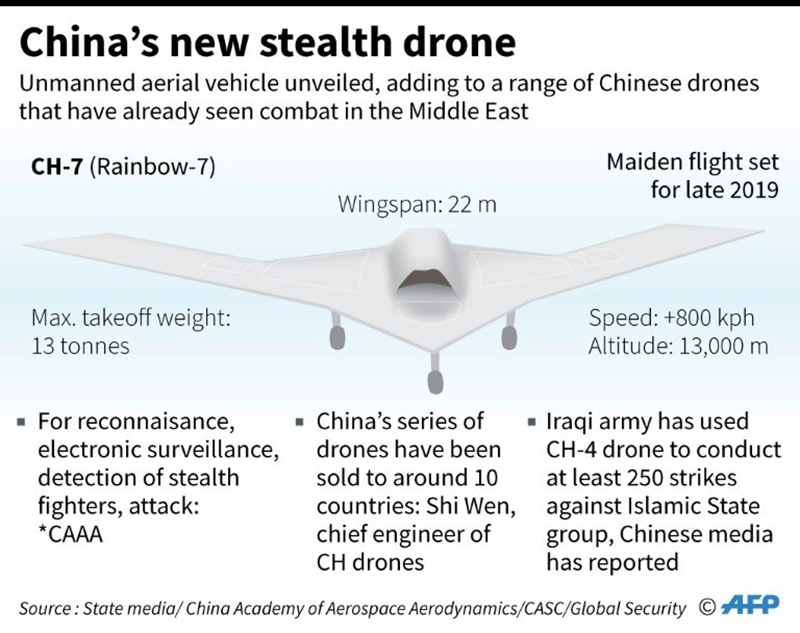 In Yemen, where a civil war has sparked what the UN calls the world’s worst humanitarian crisis, the United Arab Emirates military has reportedly targeted a Shiite rebel chief with a Chinese-made drone.

“The Chinese have produced an enormous range of drones, and this seems to be an area that they expect to make great progress,” said Steve Tsang, director of the China Institute at the School of Oriental and African Studies (SOAS) in London.

“The export and deployment of them should enable them to improve on design as they get tested in a real combat environment,” Tsang said.

The United States has plenty of lethal drones, but it has had restrictions on exporting them out of concern that the technology could be copied or used against its own troops. 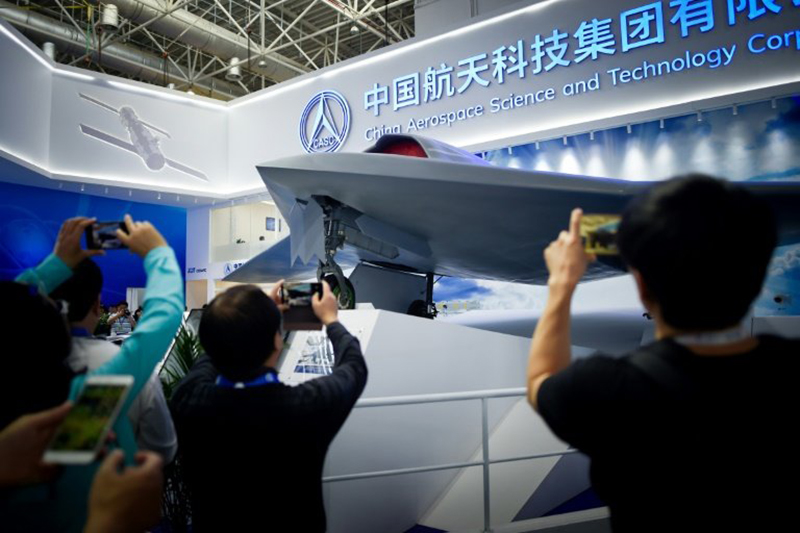 The Iraqi army has used a China-made drone to conduct at least 260 strikes against the Islamic State group, according to Chinese media.

Some of those restrictions were lifted in April for US allies, with President Donald Trump’s administration citing competition from Chinese “knockoffs”, but even a solid ally such as Jordan has not been able to buy US drones.

The US rules gave Beijing the opportunity to fill the void and sell its drones to other countries, but China’s “competitive” prices also helped, said James Char, an expert on the Chinese military at Singapore’s Nanyang Technological University.

China has exported its armed UAVs to countries in Asia, Africa and the Middle East, Char said.

At the Zhuhai air show, Chinese drone makers are rubbing their hands at the business opportunities.

“Security is a real problem in the Middle East. There’s a real need for military drones over there,” said Wu Xiaozhen, overseas project director at a company named Ziyan.

At the company’s stand, Wu handed out a brochure showing its star product: the Blowfish A2, a 62-centimetre (24-inch) tall helicopter drone with Kevlar armour.

“We can add an AK-47 or a machine gun. Different weapons can be installed, whatever the customer wants,” she told AFP.

Abu Dhabi is already a customer while Saudi Arabia and Pakistan are in discussions with the company to acquire the drone.

“We are targeting Western markets, too. Our product is of great quality,” she said. “We don’t fear competition from the Europeans and the Americans.” 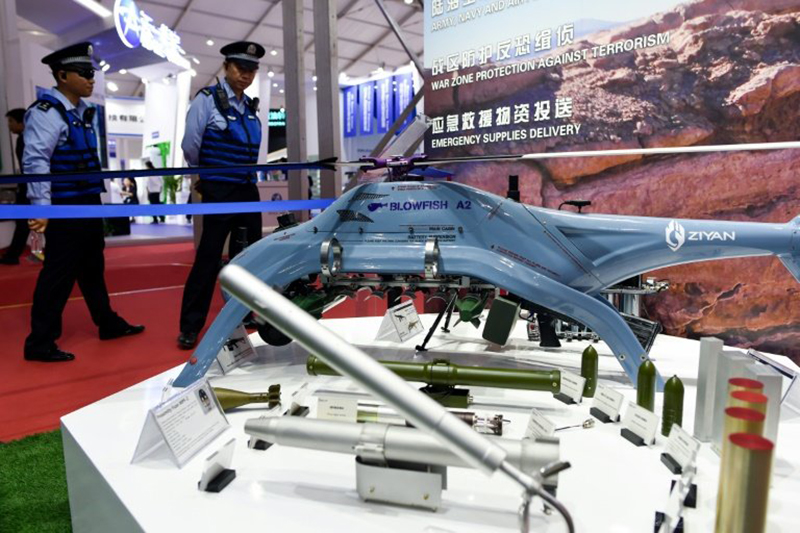 Saudi Arabia and Pakistan are in discussions to acquire the Chinese-made Blowfish A2 helicopter drone.