Teenage Engineering, an engineering company based in Sweden, has been working on a stand-alone synthesizer and composer that people can fit in their pocket. Now, the OP-Z has been released, and is reported to be the first 16-track sequencer that encompasses the ability to perform live composition of music, visuals and lights, according to New Atlas.

The OP-Z is half the size of the company’s OP-1 pocket synth, and has more digital signal processing power from the Blackfin 70x DSP, Cirrus Logic audio co-processor and a 24-bit/48 kHz DAC. The device also has enough charge to “fly the Atlantic four times back and forth.”

To fit the club-theme of flashing lights, multi-color LEDs and glow-in-the-dark markings encompass the housing. Additionally, there is a two-octave keyboard with backlit keys that has been integrated into the 8.36 x 2.26 x .39 inch device. Four multi-purpose encoders and a six-axis motion sensor has also been included.

Although the OP-Z doesn’t have its own display, musicians can use an interactive user interface by pairing an iPhone or iPad with the OP-Z app over Bluetooth 5.0. The smartphone’s camera can also be set up to shoot continuous photos that generates an instant music video.

A toolkit will be available at the launch that uses both OP-Z and Unity 3D multi-platform gaming engine for live syncing of animations and video with the music. 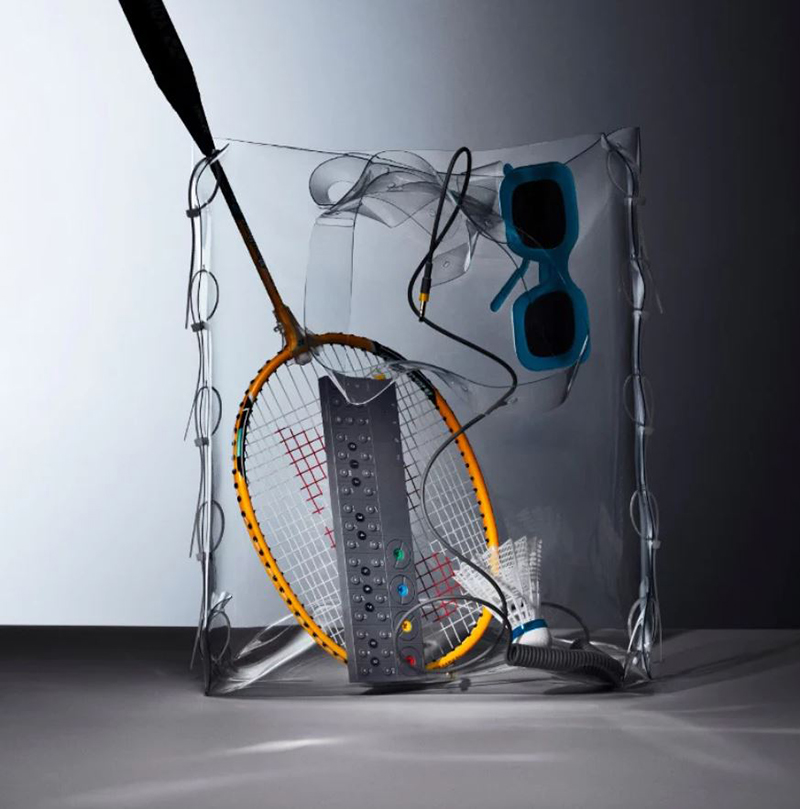