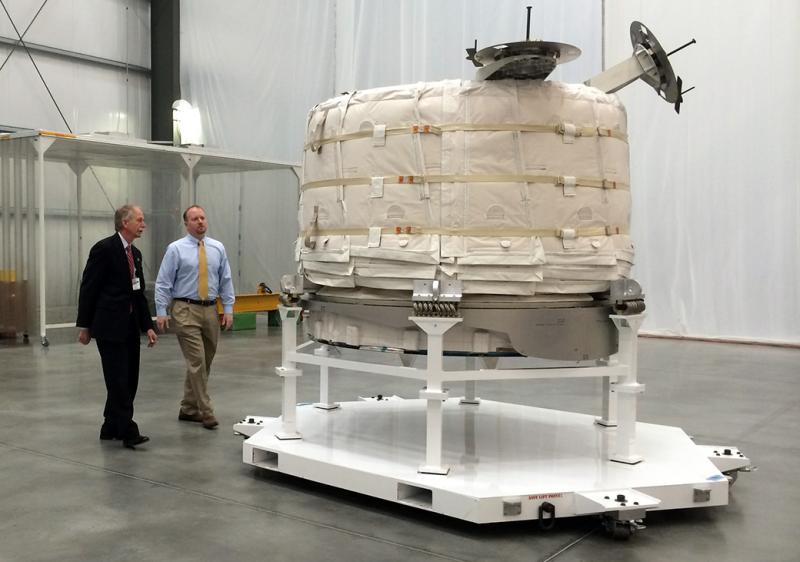 The Bigelow Expandable Activity Module will launch for testing at the International Space Station this year. (Image credit: NASA)

Last month, an enormous omnibus spending bill granted NASA a $19.3 billion budget for 2016, which is the largest in decades. But, that money — $800 million more than the agency requested — has some specific requirements.

Per SpaceNews, a report attached to the spending bill tasked NASA with developing a deep-space habitation module, and the prototype is due by 2018.

The bill earmarks at least $55 million to the project and requires NASA to file a report on the project’s status within 180 days of the bill’s enactment.

With a November announcement to move out of the International Space Station by 2028, NASA already voiced its interest in trading low-Earth orbit for cislunar occupation — the deeper space surrounding the moon — by the mid-2020s. That technology would then be perfected for a future manned Mars mission.

This timeline, however, just got a little muddled with the new 2018 prototype deadline.

NASA has already begun to fund deep-space habitat research by Bigelow Aerospace, Boeing, Lockheed Martin, Orbital ATK and others through its Next Space Technologies for Exploration Partnerships program.

That research, plus an expandable habitat designed by Bigelow that will soon be tested at the International Space Station, are the agency’s best chances to pull together a worthy prototype in less than three years.

Do you think NASA will meet its deadline for creating deep-space habitation module? Should Congress have a say in NASA’s space exploration timeline? Comment below or tweet @MNetKatie.