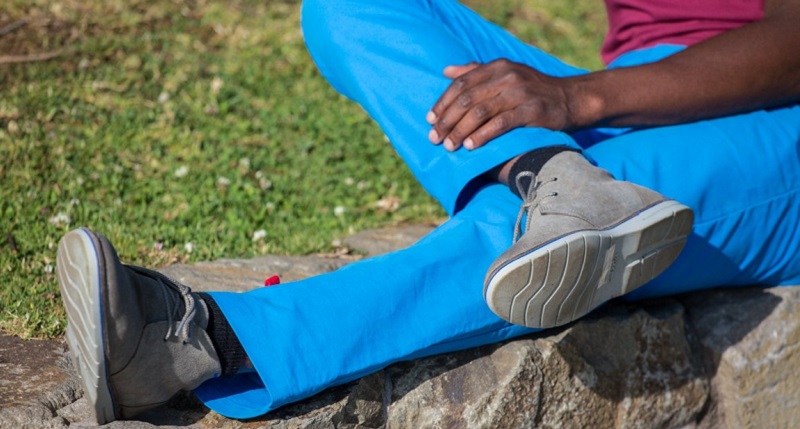 ‘Atomic-Blue Bedford Cordarounds’ are one of Betabrand’s many varieties of highly engineered pants. Image credit: Betabrand

Betabrand, a crowdfunding site specifically for clothing, works with designers to produce outfits that solve some common and not-so-common problems. Need dress pants but bike to work? Want to lounge in style?

The company has also re-engineered corduroy pants, switching from vertical wales to horizontal ones. They describe their corduroys with the irreverent aplomb found all over their brand: “It’s no secret that the vertical wales of traditional corduroy pants cause unseemly swooshing, but now health officials warn of a far graver threat: friction from these wales rubbing together can result in catastrophic thermal release — ‘nothing less than a scrotal Hindenburg,’ according to one expert.”

The San Francisco-based Betabrand came to PD&D’s attention via these Cordarounds, which come in a variety of friction-reducing colors and patterns. Founder Chris Lindland writes, “Of course we want to sell you pants, but we also want you to avoid immolating that most precious of bodily intersections below the belt.”

The site works in a similar manner to other crowd-sourced design pools: people with any level of design experience can submit plans for a new item of clothing, and the community will vote on which designs should be turned into prototypes.

Those prototypes are entered into the crowdfunding stage proper. Early backers receive discounts on the finished product, and if it’s completely funded it is produced by Betabrand.

Cordarounds aren’t going through the crowdfunding process: they’re permanent residents at Betabrand, and sell for either $98 or $49 depending on which styles are on sale.

Bettabrand adds some humorous warnings for their customers:

“Should you insist on wearing vertically waled cords instead of Cordarounds this Fall, ill-advised as that may be, at least heed these CDC recommendations:

“- Incorporate precautionary “stop, drop and roll” into your daily commute.

“- Wear a fanny pack filled with Dippin’ Dots at all times.