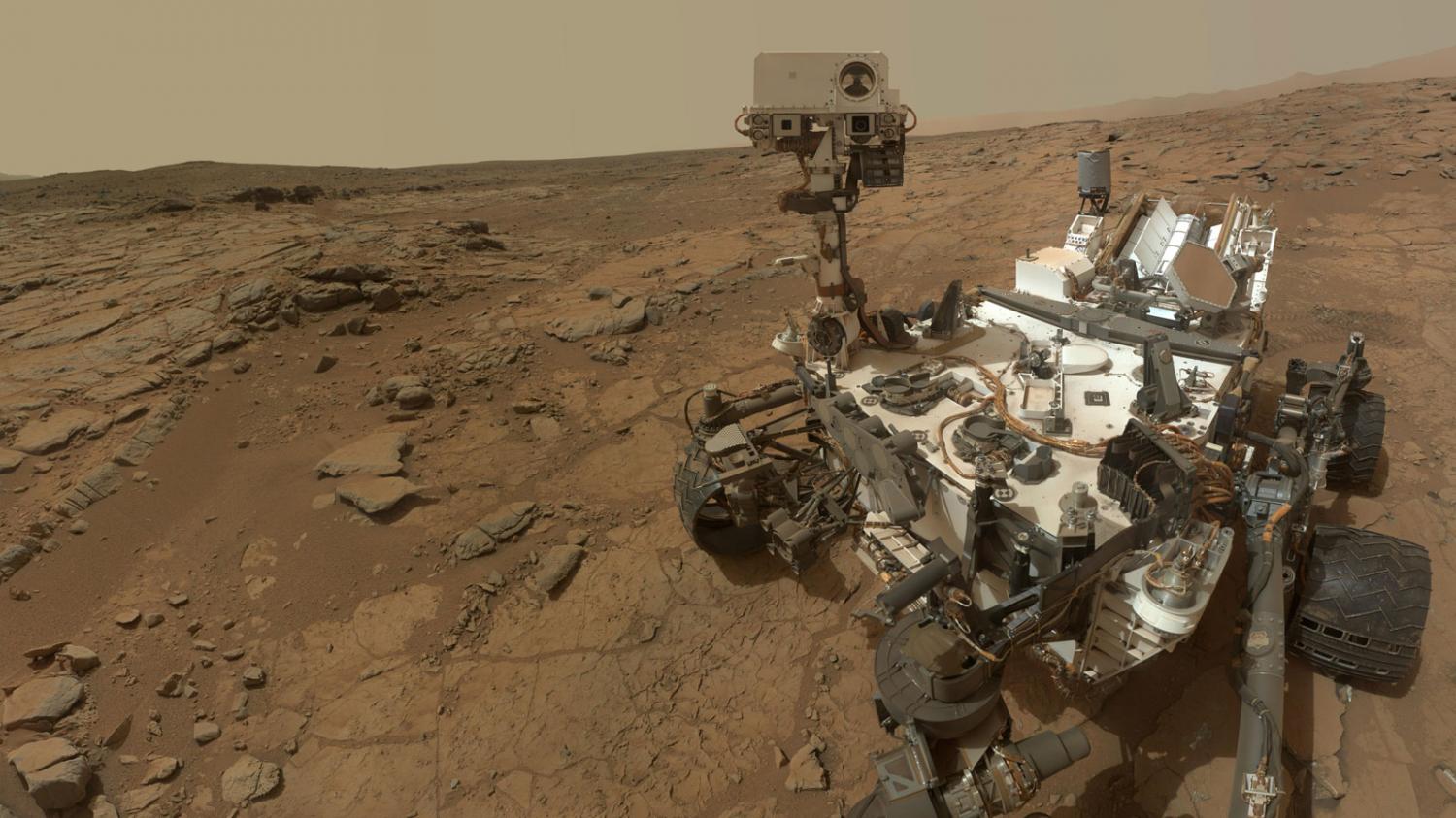 A team using the Sample Analysis at Mars (SAM) instrument suite aboard NASA’s Curiosity rover has made the first detection of nitrogen on the surface of Mars from release during heating of Martian sediments.

A team using the Sample Analysis at Mars (SAM) instrument suite aboard NASA’s Curiosity rover has made the first detection of nitrogen on the surface of Mars from release during heating of Martian sediments.

Features resembling dry riverbeds and the discovery of minerals that form only in the presence of liquid water suggest that Mars was more hospitable in the remote past. The Curiosity team has found evidence that other ingredients needed for life, such as liquid water and organic matter, were present on Mars at the Curiosity site in Gale Crater billions of years ago.

“Finding a biochemically accessible form of nitrogen is more support for the ancient Martian environment at Gale Crater being habitable,” said Jennifer Stern of NASA’s Goddard Space Flight Center in Greenbelt, Maryland. Stern is lead author of a paper on this research published online in the Proceedings of the National Academy of Science March 23.

The team found evidence for nitrates in scooped samples of windblown sand and dust at the “Rocknest” site, and in samples drilled from mudstone at the “John Klein” and “Cumberland” drill sites in Yellowknife Bay. Since the Rocknest sample is a combination of dust blown in from distant regions on Mars and more locally sourced materials, the nitrates are likely to be widespread across Mars, according to Stern. The results support the equivalent of up to 1,100 parts per million nitrates in the Martian soil from the drill sites. The team thinks the mudstone at Yellowknife Bay formed from sediment deposited at the bottom of a lake. Previously the rover team described the evidence for an ancient, habitable environment there: fresh water, key chemical elements required by life, such as carbon, and potential energy sources to drive metabolism in simple organisms.

The samples were first heated to release molecules bound to the Martian soil, then portions of the gases released were diverted to the SAM instruments for analysis. Various nitrogen-bearing compounds were identified with two instruments: a mass spectrometer, which uses electric fields to identify molecules by their signature masses, and a gas chromatograph, which separates molecules based on the time they take to travel through a small glass capillary tube—certain molecules interact with the sides of the tube more readily and thus travel more slowly.

Along with other nitrogen compounds, the instruments detected nitric oxide (NO—one atom of nitrogen bound to an oxygen atom) in samples from all three sites. Since nitrate is a nitrogen atom bound to three oxygen atoms, the team thinks most of the NO likely came from nitrate which decomposed as the samples were heated for analysis. Certain compounds in the SAM instrument can also release nitrogen as samples are heated; however, the amount of NO found is more than twice what could be produced by SAM in the most extreme and unrealistic scenario, according to Stern. This leads the team to think that nitrates really are present on Mars, and the abundance estimates reported have been adjusted to reflect this potential additional source.

“Scientists have long thought that nitrates would be produced on Mars from the energy released in meteorite impacts, and the amounts we found agree well with estimates from this process,” said Stern.