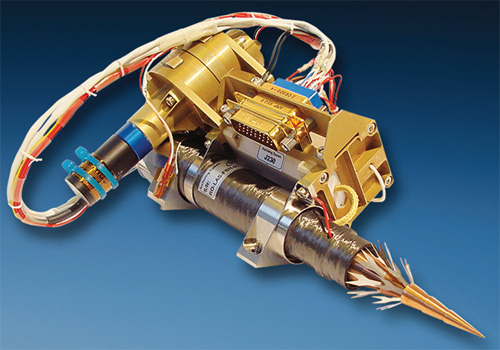 The harpoons and a host of other systems of the lander are also equipped with Faulhaber drives.

At the end of May 2014, the Rosetta space probe moved into an orbit around the comet 67P/Churyumov-Gerasimenko to map its surface and prepare for the landing of Philae. This ballistic lander, weighing 100 kg, landed successfully on the comet on Nov. 12, 2014.

Landing on a comet—a maneuver that has never been performed before—is in many ways beset with difficulties. There is little known about the exact composition of the surface of the comet. Ice and dust, fissures and craggy structures are factors in the landing. Accordingly, the Philae lander unit was conceived to handle many challenges. Faulhaber dc motors help firmly anchor Philae on the comet.

One of the greatest challenges is the minimum gravity affecting 67P. There is indeed no risk that the probe could break apart upon landing, as it only weighs a few grams on the comet. Rather, the aim was to prevent Philae from bouncing off the planet again. To find firm footing on the surface and ensure this footing throughout the entire duration of the mission, a special anchor system was developed. 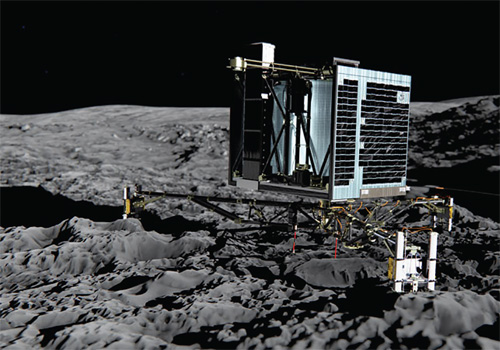 After traveling for ten years in the harsh environment of space, Faulhaber dc motors had to function properly to ensure the Philae’s safe landing.

Immediately after contacting the ground upon landing, two harpoons were shot by propellant charge into the surface of the comet. To secure the lander, they were then drawn taut by means of two cable winches, each one driven by a Faulhaber motor.

The company’s dc motors are at work in the instruments and experimental facility of Philae as well. These facilities will be used to investigate the structure and composition of the comet surface. As a result, valuable insights into the origin and evolution of our solar system will be achieved through the mission.