The introduction of Controller Area Network (CAN-bus) architecture for the engine control interface in off-highway vehicles has opened up a new world of user interface possibilities. CAN-bus offers vehicle owners greater flexibility and functionality in a much smaller package, while offering integration options that cut assembly costs. The CAN-bus Keypads and Man-Machine Interface (MMI) Controllers gives users access to a vast amounts of vehicle information and are designed to meet the additional requirements anticipated future vehicle safety regulations.

After the Environmental Protection Agency issued its Tier 4 Emission Standards for nonroad diesel engines in 2008, all large vehicles had to convert legacy engines to CAN-bus architecture for the engine control interface to meet the more stringent emissions requirements.

Before these requirements, vehicle controls were usually mechanical, requiring switching simple on/off electrical connections. Each discrete wired component required two to four dedicated wires from the engine to the component. By switching to CAN-bus architecture, electrical components can be daisy chained which dramatically reduces the amount of wiring required on the vehicle.

Where once there might have been as many as twenty rocker switches, each with a single functionality, new CAN-bus Keypads and MMI Controllers enable greater flexibility and functionality in a much smaller package. Users can now navigate through display screens to get status information on how the engine is running, as well as error messages, more efficiently and intuitively. These CAN-bus Keypads and Joysticks are typically integrated with an interface display inside the vehicle cab right on the dashboard. Figure 1 shows two conceptual examples of this technology. Grayhill, known for designing rugged displays and keypads for the military and marine marketplaces, first introduced CAN-bus Keypads to the Off-Highway customers in 2003 with over 1 million CAN-bus keypads currently fielded.

CAN-bus devices are subject to a variety of communication standards. The Society of Automotive Engineers standard SAE J1939 is the vehicle bus standard used for communication and diagnostics among vehicle components in North American applications. The CANopen protocol is typically used in Europe applications. In 2010, the more detailed CANopen Safety protocol, developed by the CAN in Automation (CiA) group, became a European standard (EN 50325-5) that defines safety-related, CAN-based communications.

One important impetus for design improvements to CAN-bus Keypads is a widespread global push for new vehicle safety requirements. While these safety regulations are not yet fully defined, regulators are currently working on establishing the defined boundaries of safety requirements. Many vehicle manufacturers are working to anticipate what will be included in the final safety requirements so they can integrate them into their assembly. New risk assessment and mitigation requirements of the overall vehicle platform will require designers to further understand and mitigate the failure mechanisms of each system component.  Due to the complexity of safety analysis required for a vehicle, component suppliers need to understand the upcoming regulations and ensure their product comply with the safety documentation requirements.

To meet the anticipated need for controls that comply with safety standards, Grayhill developed new CAN-bus Keypads and MMI Controllers especially for ISO 13849 safety rated vehicles. The designs incorporate new safety requirements likely to be incorporated into end vehicles to the greatest extent possible, particularly safety documentation. Diagnostic features allow the ECU to receive additional levels of diagnostic information from a Keypad or MMI Controllers, including input voltage monitoring, indicator LED feedback, and defective switch operation. Diagnostics will also show if the error message is a loose connection or an actual issue on the device itself.

With five available keypad form factors and several standard legend sets, the Keypads are customizable; designers can change legends, backlight colors, LED indicator colors, and button configurations. Also customizable is the number of buttons and the Keypads’ outside surface. They are extremely durable, and are vibration and impact resistant.

The next generation Keypads and MMI Controllers feature a lower profile that protrudes from the panel only about half the distance of competing products. The keypad can be snapped into the panel cutout, with no tools required for installation. LED indicators are raised above the buttons, giving users a clear image and excellent off-angle visibility, even when not viewed from the optimal viewing angle. The design includes a low current sleep mode (< 1.5 mA) that saves energy, reducing the possibility of draining the battery.

The CAN-bus Keypads also come with input/output (I/O) pins that can control door lights, heat sensors, and other analog outputs via CAN-bus interface. This means vehicle designers would not have to run a dedicate CAN-bus interface module to interface with these devices. The ability to daisy chain to other devices reduces the overall integration cost and adds flexibility. Users can use the keypad itself to send a message to wake up the entire system.

Another important innovation is the addition of a proportional control option for the CAN-bus MMI Controllers. Previous version of the technology included only a rotary encoder and a digital joystick. The new proportional joystick option can be used not only for mouse replacement on the navigation display – it can also control articulating functions on a vehicle. In fact, with the new MMI Controllers integrated keypads, users can articulate multiple features on a vehicle with one versatile joystick module. 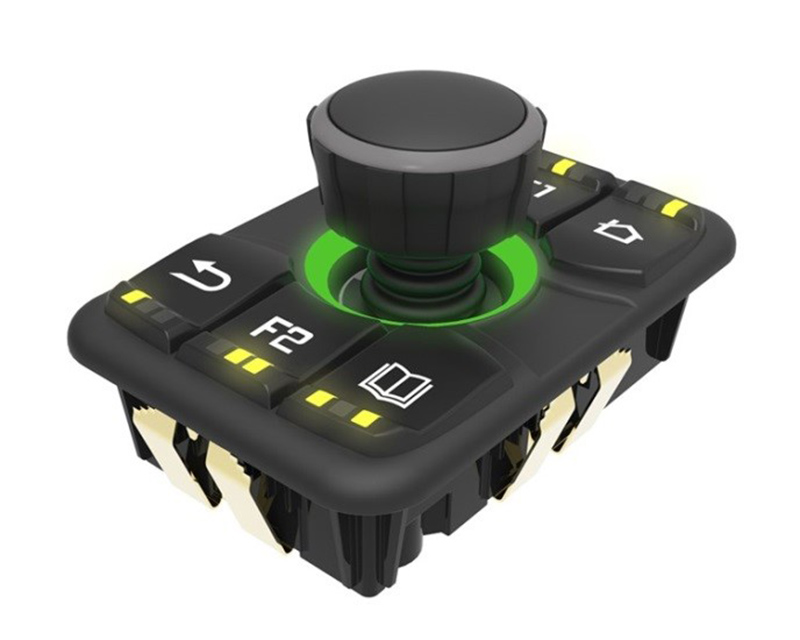 New CAN-bus Keypads and MMI Controllers help give end users a much more complete view of vehicle status and add functionality, all in a smaller footprint. With their robust construction and field tested reliability, the next generation technology ensures robust, reliable communications. 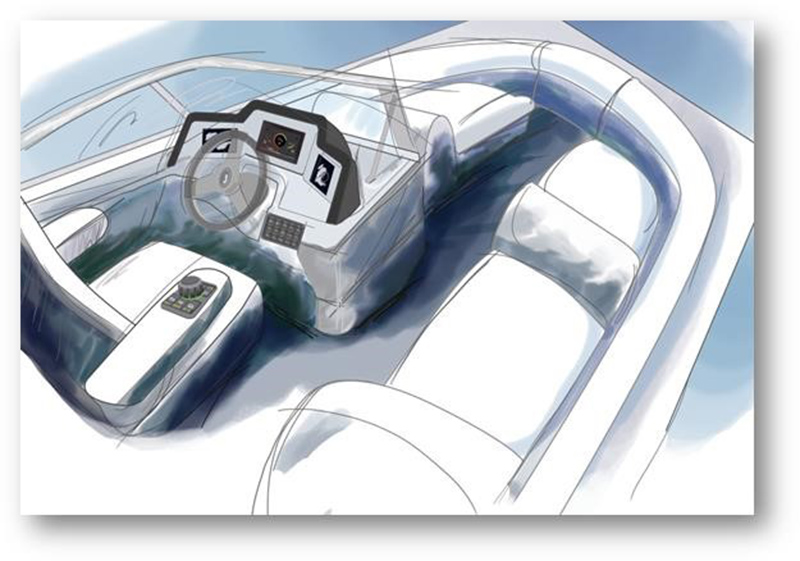 Examples of the new Grayhill CAN-bus Keypad and MMI Controllers technology used in a marine application.