Hannover, Germany—Deutsche Messe is expanding its foreign trade fair business with a new show in Milan. This will be the first time the German-based trade fair operator has ever taken one of its flagship HANNOVER MESSE showcases to another EU country. The new show, TPA ITALIA, is a trade fair for power transmission & control (fluid power), hydraulics and pneumatics. TPA ITALIA will be staged in the town of Rho, near Milan, in May 2014 as part of a joint venture between Deutsche Messe and Fiera Milano. It will be held every two years so as to alternate with MDA (Motion, Drive & Automation), Deutsche Messe’s trade show for power transmission and control held in the odd-numbered years as part of HANNOVER MESSE in Hannover, Germany.

“We already stage MDA in Hannover and PTC ASIA in Shanghai—the world’s largest and most important trade fairs for power transmission and control. We therefore have unrivalled expertise and an extensive network of international contacts which we and our long-standing trade fair partners at Fiera Milano will now leverage to create a strong regional tradeshow presence in Italy,” said Dr. Andreas Gruchow, Member of the Managing Board at Deutsche Messe. “This will further strengthen our global tradeshow portfolio and give companies in the power transmission and control industry a high-caliber, well-run platform in the industrial heartland of one of Europe’s leading industrial nations.”

TPA ITALIA is endorsed by Italy’s leading power transmission and fluid power industry associations, including ASSOFLUID and ASSIOT, which will field exhibitors for the new show and have input into its design and format. The show will comprise an exhibition and a supporting program of conferences and networking forums.

“Italy is home to some of the world’s leading manufacturers of fluid power and mechanical power transmission components and systems,” said Fiera Milano CEO Enrico Pezzali. “For these manufacturers, TPA ITALIA will be a key platform for making new contacts, growing new business and keeping up with the latest technological developments and innovations. TPA ITALIA is also enormously important for Fiera Milano. It is another milestone in our internationalization strategy and is the logical next step for our Fluidtrans Compomac and Mechanical Power Transmission brands. And it is a step we are now able to take, thanks to our partnership with Deutsche Messe. I have absolutely no doubt that TPA ITALIA will be well received by its target market.”

TPA ITALIA will replace the Fluidtrans Compomac and Mechanical Power Transmission shows, which were held for the last time on 8 to 11 May 2012 in Milan. Deutsche Messe AG and Fiera Milano have a long-standing and highly successful joint-venture partnership for trade fair events in China and Italy.

Deutsche Messe has been steadily expanding its foreign trade fair portfolio, which currently spans 6 continents. In 2012, the lineup features nearly 50 events being staged around the globe. 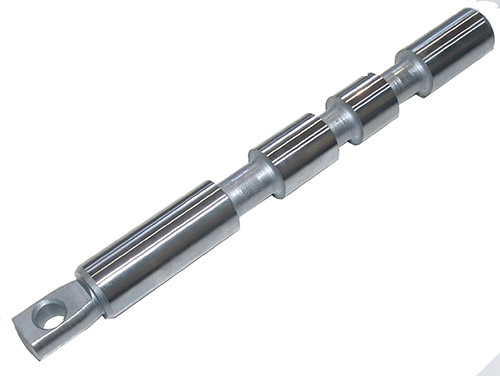