Marine research could soon be possible without the risk of polluting either the air or the ocean. It’s thanks to a new ship design and feasibility study led by Sandia National Laboratories.

Hydrogen fuel cells have existed for decades, and there are multiple advantages to using them instead of diesel engines to power research ships. Fuel cells are zero-emissions technology, so they won’t contaminate air or water samples collected in sensitive ecological areas. They make almost no noise, so they won’t upset marine life or interfere with the many sensors scientists use to listen to sound in the ocean.

Despite these and many other advantages, the feasibility of a hydrogen-powered research vessel has never been studied or proven. Until now. A Sandia report released this month shows it is technically and economically feasible to build such a vessel in a manner consistent with marine regulations. The project team nicknamed the vessel the “Zero-V,” short for zero-emissions research vessel.

This project, led by Sandia, brought together the Scripps Institution of Oceanography at the University of California, San Diego; Glosten, a naval architecture firm; and DNV GL, a global quality assurance and risk management company working for the maritime industry. It was funded by the Department of Transportation’s Maritime Administration.

One of the biggest additional benefits of using hydrogen to power a boat is the absence of ecologically damaging fuel spills. According to Sandia chemist and project lead Lennie Klebanoff, it is impossible to have a polluting hydrogen spill on the water. More buoyant than helium, hydrogen rises on its own and eventually escapes into outer space.

Fuel cells even generate water so pure that the ship’s crew can drink it (with conditioning), or use it for scientific experiments, reducing the need to desalinate seawater (which currently consumes large amounts of energy). Also, fuel cells are electrical devices, and as such, they offer a faster power response than internal combustion engines.

Sandia’s expertise in this area stems from a portfolio of hydrogen projects that aim to develop efficient transportation solutions with clean domestic fuels. Sandia’s role was to lead the project, choose the kind of fuel cell to use, the method of storing the hydrogen and provide information on the safety-related properties of hydrogen to the U.S. Coast Guard and the regulatory partner, DNV GL. 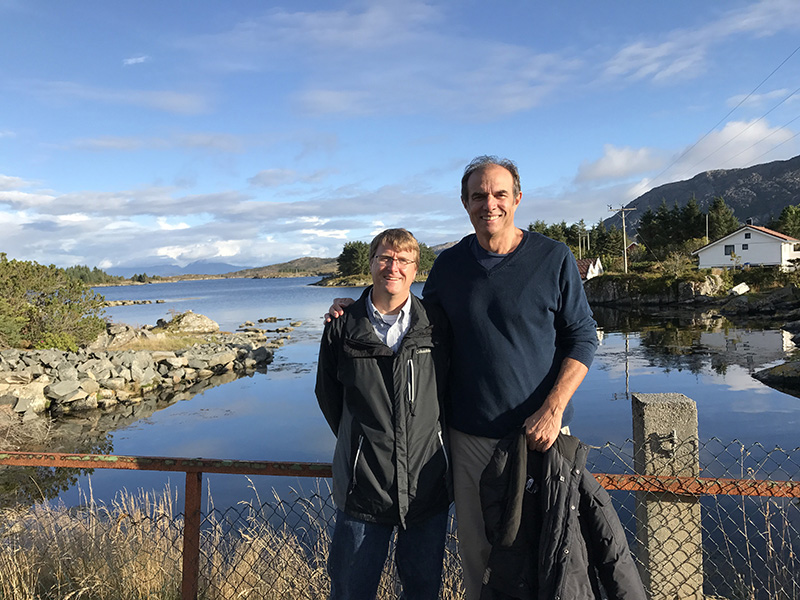 Sailing on the winds of earlier success

The Zero-V project evolved from earlier Sandia work on the SF-BREEZE, a hydrogen-powered passenger ferry designed to operate in the San Francisco Bay.

Small hydrogen-powered pleasure crafts made for very short distances already existed. But prior to the SF-BREEZE, there hadn’t been a project that looked at the technical as well as economic feasibility of powering large, fast commercial boats with hydrogen, according to Joe Pratt, who led the SF-BREEZE project for Sandia.

“Until we did the SF-BREEZE, very few people thought you could power a real ship, a business venture, on hydrogen fuel cell power,” Pratt said. “In addition to proving it was technically possible, we had to show that it would pencil out economically, so that it would have a chance of going out into the marketplace.”

Based on the SF-BREEZE and other related work, Pratt came to believe so strongly in hydrogen’s commercial potential that he took entrepreneurial leave from Sandia to start Golden Gate Zero Emission Marine. The company builds hydrogen fuel cell powertrains for the maritime market.

The SF-BREEZE design accommodates 150 passengers on four 50-mile round trips in the San Francisco Bay per day while traveling at a top speed of 35 knots (roughly 39 miles per hour). Ensuring the ferry could achieve that speed meant adopting a 100-foot, slightly longer than usual catamaran design.

All the plan elements, including ship design, weight distribution and refueling options had to be re-evaluated for the Zero-V. “Instead of going fast for short periods and carrying a lot of people, the research vessel goes slower for much longer distances, carries fewer people and must allow the operation of sensitive scientific instrumentation,” Klebanoff explained. Or in other words, “The research vessel is a different animal from a passenger ferry,” he said.

While working on the SF-BREEZE, Pratt and Klebanoff approached the Scripps Institution of Oceanography to see whether researchers there were interested in a hydrogen-powered vessel. They were, if the Zero-V could complete tasks that are routine for ocean-going research missions, such as marine ecosystem studies, physical oceanography, tsunami risk and ocean chemistry research.

Mapping or installing equipment on the ocean floor requires a vessel to be stable over a single point for long periods, even if there is wind or waves. Glosten determined that the aid of propulsion devices installed in each side hull would enable the Zero-V to maintain its position with more than 25 knots of wind and waves from any direction.

Whereas the SF-BREEZE requires refueling after 100 miles, the Zero-V needs to go at least 2,400 miles or 15 days before requiring a refuel; enough to get from San Diego to Hawaii. Given the great distances it needs to travel, a refueling terminal in one central location isn’t what is needed. The Sandia team found an innovative approach that allows liquid hydrogen suppliers to drive fuel trucks directly to the ship at ports of call. Thus, the Zero-V would require little investment in fueling infrastructure.

In addition to the aforementioned requirements, Glosten’s Sean Caughlan said finding a way to store the heavy hydrogen tanks while accommodating at least 18 scientists, 11 crew members and three laboratories was a challenge. Part of the solution was selecting a trimaran boat design. A trimaran has three parallel hulls, and is usually used for high-speed boats. The design offers a great deal of space above deck for the tanks, and adequate below-deck space for other science instrumentation and machinery.

Toward fair winds and following seas

The team designed the Zero-V using proven, commercially available hydrogen technology so they could be sure it would work. Once completed, the vessel design was reviewed by DNV GL and the U.S. Coast Guard. Both regulatory bodies independently came to the same conclusion: there are no “show-stopping” technical issues with the Zero-V design.

In fact, DNV GL hydrogen expert Gerd Petra Haugom says the Zero-V design shows an essential understanding of the safety-related properties of hydrogen, and how it can be used safely and securely on a vessel. “This project has been a good test of our own rules and the alternative design approach for using hydrogen and fuel cells,” she said. “The results from the Zero-V will be part of a benchmark to guide our assessment of similar vessels in the future.”

With a solid design in place, the next step for the Zero-V is finding the funding to build it. Compared to diesel-powered research vessels, the Zero-V has a similar capital cost, but would cost roughly 7 percent more to operate and maintain. Given its benefits — much quieter, zero emissions and no risk of polluting fuel spills — Bruce Appelgate, who oversees the Scripps fleet, is hoping that like-minded donors will step up to support the project.

“Like other game-changing ideas, this approach initially seems expensive. But solar power was very expensive not too long ago, and now it’s affordable and widely adopted. Hydrogen fuel cells are just as transformative a technology. They produce clean, quiet, nonpolluting power to ships while enabling superior scientific capabilities,” Applegate said. “Building and operating the Zero-V will significantly advance U.S. marine transportation technology.”