Battery design is rapidly evolving for both consumer and industrial applications.

Consumer devices are not designed to operate in industrial environments. Billions of batteries are manufactured globally each year, the vast majority of which are used in consumer devices such as flashlights, cameras, laptops and cell phones. These consumer applications require both rechargeable and primary (non-rechargeable) batteries.

Batteries that are used in handheld devices are usually easily recharged or easily replaced, and are designed to operate at moderate temperatures. Devices such as cell phones are usually replaced every two years as part of a contract upgrade, and laptop/tablet devices quickly become obsolete. As a result, most consumer grade rechargeable batteries are only required to operate for a few years with approximately 500 full recharge cycles. 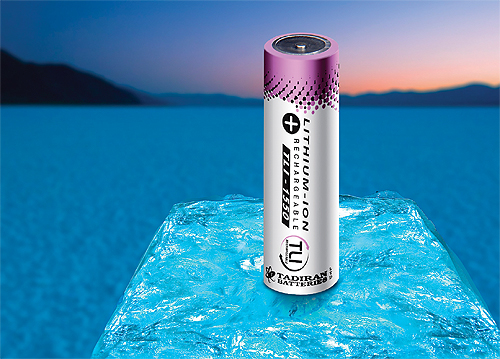 Unlike consumer applications, industrial devices are often used in remote, hard-to-reach locations where the device needs to be self-powered and battery replacement and recharging is difficult or impossible.

Other consumer products such as flashlights, remote controllers and toys typically use inexpensive primary lithium batteries that are also designed to operate within a temperature range (-0 to 40° C) with an expected lifespan of 2-3 years.

Industrial applications require more ruggedized batteries. Unlike consumer applications, industrial devices are often used in remote, hard-to-reach locations where the device needs to be self-powered and battery replacement and recharging is difficult or impossible. Identifying the ideal power management option is important to these applications because battery failure usually results in failure for the device. As a result, industrial grade batteries must be able to deliver reliable power for as long as the device is able to operate. Some examples include automated utility meters that have to operate up to 25 years outdoors, remote wireless sensors, automotive toll tags, GPS tracking devices, oceanographic instruments, as well as process control and monitoring devices used in remote locations that are subjected to extreme environmental conditions.

Primary lithium cells (1.5 V or 3 V) deliver the quick pulses required for applications such as camera flashes. However, these batteries have a relatively narrow temperature range of -20 to 60° C, and their crimped battery seals can leak and corrode over time. In addition, the annual self-discharge of these batteries is too high for long-life applications.

By contrast, industrial grade primary lithium batteries need to be mechanically designed to endure harsh environments, with very high energy density to support a small form factor, very low annual self-discharge for long operating life, and a more robust seal to prevent possible leaks and lost energy capacity. The preferred long-term power solution for a remote wireless device is a bobbin-type lithium thionyl chloride (LiSOCL2) battery, which features the highest capacity and highest energy density of any lithium chemistry, along with a very low annual self-discharge rate, the widest possible operating temperature range, and a hermetic glass-to-metal seal to help prevent battery leakage. Certain battery manufacturers design their bobbin-type LiSOCL2 batteries to deliver 10-year shelf life with a self-discharge rate of 2-3% per year. The XOL Series battery offers a low annual self-discharge rate of 0.7% per year, and can operate maintenance-free for up to 40 years.

A growing number of industrial applications require rechargeable lithium ion (Li-ion) cells that can work for up to 20 years while surviving thousands of recharge cycles, operating across a wide temperature range, and delivering high pulses while retaining a very small form factor. 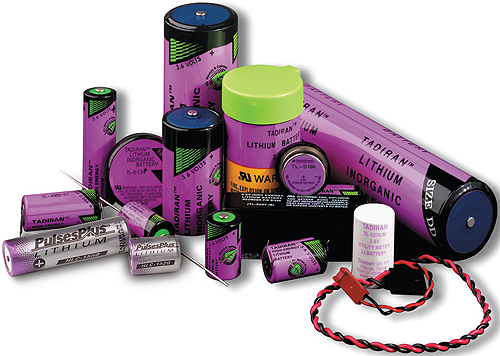 The earliest rechargeable batteries were made of Nickel Cadmium (NiCad). Originally developed back in the mid-nineteenth century, NiCad batteries are less in demand because they tend to be large and have low energy density. NiCad batteries also suffer from “memory effect,” whereby the battery does not fully recharge if it is not fully depleted.

The next phase in the evolution of the rechargeable battery was the introduction of the Nickel-Metal Hydride (NiMH) battery. NiMH batteries have a high annual self-discharge rate, making them poorly suited for applications requiring extended storage life.

The most recent phase in the evolution of the rechargeable battery is the emergence of the Li-ion cell, which is increasingly popular since the battery efficiently uses lithium to provide high power output. Li-ion cells are now available in both consumer and industrial grades.

The most popular version of the consumer grade Li-ion battery is the ubiquitous 18650 cell, which was designed and manufactured by the makers of laptop computers for use in their own products. These consumer grade Li-ion cells deliver approximately 500 full recharge cycles with a temperature range of -20 to 60° C, as this is all that their intended application required. Meanwhile, design improvements that would have allowed consumer grade Li-ion batteries to deliver long-life operation at extended temperature ranges — including lower self-discharge, high cycle rate, and hermetic sealing — were never implemented for the simple reason that it would have made these batteries more expensive. 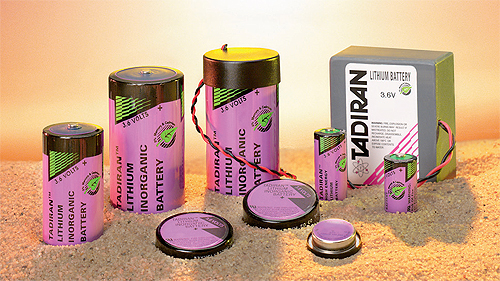 A good long-term power solution for a remote wireless device is a bobbin-type lithium thionyl chloride (LiSOCL2) battery, which features the highest capacity and highest energy density of any lithium chemistry, along with a very low annual self-discharge rate, the widest possible operating temperature range, and a hermetic glass-to-metal seal to help prevent battery leakage.

Industrial grade rechargeable cells
In order to operate for extended periods in remote, harsh environments, a Li-ion cell must have extremely low annual self-discharge, be able to be charged and discharged thousands of times, operate at extreme temperatures (-40 to 85° C), be small in size, and not suffer from the same aging issues associated with consumer grade rechargeable Li-ion batteries.

The first industrial grade rechargeable Li-ion cell was recently introduced, the Tadiran TLI Series, which is capable of providing up to 20 years of service life with 5000 full recharge cycles, operates and recharges in temperatures ranging from -40 to 85° C, is capable of delivering up to 15 A pulses from an AA-sized cell, and features a glass-to-metal seal to withstand harsh environments.