Direct digital manufacturing(aka rapid manufacturing) is improving the productivity and profitability of companies around the globe. In the coming years, it will be as commonplace as molding, casting and machining. The companies that are profiting from it now are the ones that are open to change and willing to break from convention.

Stratasys is an organization that touts direct digital manufacturing (DDM), and yet, within our own company we were resisting changes to established manufacturing processes. Sure, we had fully embraced our own technology for prototyping, but its limited use to manufacture parts for our new machines was frustrating. We were not practicing what we preached.

It should not have come as a surprise. To some degree, every company struggles with change. While vital to progressive and aggressive companies, change can be difficult to facilitate. It seems that resistance to change grows along with the required effort or the perceived risk level. Add an aggressive deadline and no margin for error to the mix and the attitude becomes “If it ain’t broke, don’t fix it.” Without intervention, current practices can become standard processes that seem to be carved in stone.

The solution to this dilemma was to change the mindset by taking action. For a recently released machine, the design team was required to identify at least a few parts that could benefit from DDM and then apply it. The support of management diminished the risk of breaking from status quo while rewarding positive change. This tactic allowed designers and engineers to experience the benefits and possibilities of DDM. They saw sharp reductions in tooling costs, design constraints and manufacturing lead times.

Our breakthrough came during the design of the recently announced FDM 900mc. As the machine began to take shape, there was a revelation among our engineers – a realization that DDM isn’t just for our customers, but it is a practical and powerful solution for our design and manufacturing teams as well. The change in attitude was palpable. Designers and engineers that were skeptical became enthusiastic. At the start of the program, the engineering team earmarked only three components for DDM. By the time the first machine shipped, it included 32 production parts built via DDM.

The first to embrace DDM was the industrial design team. When told that they could shape the machine and its components without consideration of manufacturing constraints or availability of off-the-shelf items, creativity was unleashed and great ideas sprang up. Not to be outdone, mechanical engineering quickly followed suit. Leveraging the freedom of design, engineering created components that would have been impractical due to tooling cost. In more than one instance, the final design would have been impossible to manufacturing without DDM. Rather than designing for manufacturability, all efforts were dedicated to optimization. The team was free to implement the best ideas instead of what was traditionally considered the most practical. They also had more time to perfect the designs since machining and tooling were removed from the timeline. In a few instances, the rapid response capability turned last minute problems into easy fixes.

It is regrettable that words cannot convey the enthusiasm and excitement that are now a part of any DDM conversation among the design team. It is unfortunate that the sweeping changes to long-standing practices are difficult to quantify. There were numerous benefits realized in design, engineering and manufacturing, but many of them were immeasurable. Collectively, the benefits of DDM were much greater than the roughly $200,000 saved by eliminating tooling and machining.

This was a tremendous learning experience. The design team learned the value of direct digital manufacturing and has been reminded of the benefits of change. Management realized that change might not occur without intervention and encouragement. Most importantly, we discovered that resistance to change may be the biggest obstacle to the adoption of direct digital manufacturing. 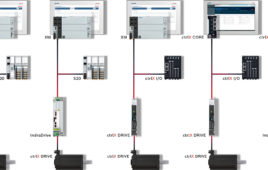