This concept is officially known as the Laser Developed Atmospheric Lens (LDAL). By manipulating small regions of the Earth’s atmosphere, it creates a lens-like structure. This lens is able to either change or magnify radio signals, light, and other electromagnetic wave paths. Scientists at BAE Systems claim that this type of lens could help make deflector shields a reality, protecting future aerial vehicles from dangerous, high-powered laser weapons. 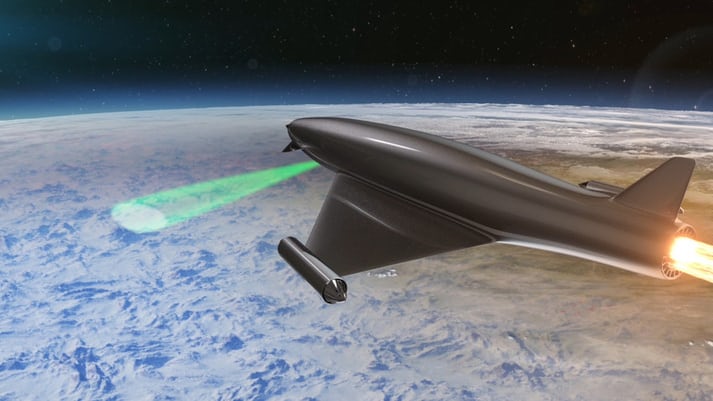 Although this idea is certainly interesting, the LDAL concept currently has a different focus. This technology is used to improve electromagnetic communications. Recreating reflective ionosphere properties and desert mirages, LDAL generates highly reflective areas by changing certain parts of the atmosphere using a powerful laser. This enables the LDAL system to communicate at very high frequencies.

“Working with some of the best scientific minds in the UK, we’re able to incorporate emerging and disruptive technologies and evolve the landscape of potential military technologies in ways that, five or ten years ago, many would never have dreamed possible,” says Professor Nick Colosimo, a technologist and futurist at BAE Systems.

To better understand this fascinating concept, watch the video below!