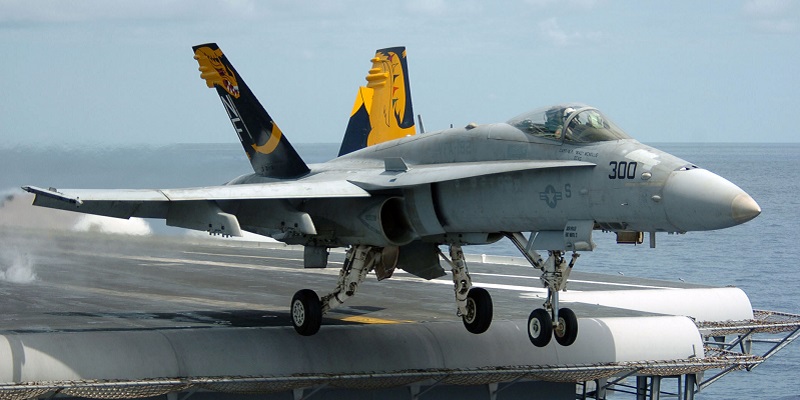 An F/A-18C takes flight from USS Kitty Hawk CV-63. The DoD announced Tuesday that L3 Platform will be given $22.7 million to work on up to four F/A-18 aircraft. (Image: Photographer’s Mate 3rd Class Jonathan Chandler/U.S. Navy

Two L-3 Communications subsidiaries are being awarded separate Navy contracts with a combined value of more than $30 million, according to the U.S. Department of Defense’s Tuesday digest of military deals.

L-3 Platform Integration will receive a $22.7 million contract for services supporting up to four F/A-18 Hornet aircraft. The company will conduct high-flight-hour inspections, modifications, and engineering work, all of which is intended to sustain the aircraft.

More than $14.5 million in fiscal 2016 funding will be assigned with the award, with less than $1 million of those funds expiring at the end of the year. The Navy received two bids for the firm-fixed-price, indefinite-delivery/indefinite-quantity contract. The majority of the labor—80 percent—will be conducted in Quebec, Canada, with the remaining work taking place in Waco Texas, where L-3 Platform Integration is located. All of the work should be finished in November 2018.

According to the DoD, L-3 Cincinnati Electronics will be given an $8.9 million contract for work related to the “Shipboard Panoramic Electro-optic Infrared (EO/IR) Cueing and Surveillance System (SPECSS) function of the Combined EO/IR Surveillance and Response System (CESARS) program.”

L-3 will design, build or acquire, and test mid-wave infrared and visible spectrum panoramic imagers. The Navy received seven bids for the cost-plus-fixed-fee completion contract. None of the contract funding will expire at the end of the 2016 fiscal year. The labor will be conducted in Mason, Ohio, and should be finished Nov. 2, 2018.

The DoD also announced that Rockwell Collins has been awarded a $9.6 million Air Force contract for GPS anti-spoofing modules and single chip modules, technology which will benefit 57 allied nations. The firm-fixed-price, commercial, indefinite-delivery/indefinite-quantity contract was awarded to Rockwell Collins as a sole-source acquisition. The labor will be conducted in Cedar Rapids, Iowa, and should be finished by March 31, 2021.