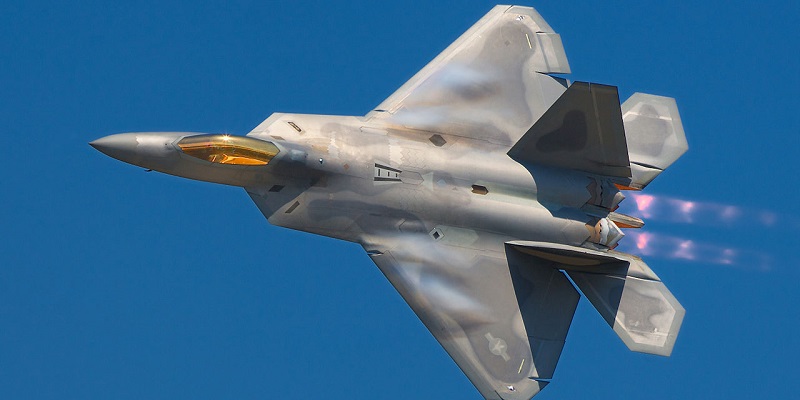 A pilot peers up from his F-22 Raptor while in-flight. (Image: Rob Shenk)

The U.S. Department of Department of Defense (DoD) announced a small number of work contracts Wednesday, with the most lucrative being a $477.6 million Air Force contract option for F-22 maintenance.

Fiscal year 2016 Air National Guard operations and maintenance funds worth $12 million will be assigned with the award. All of the labor will be conducted in Fort Worth, Texas, and should be finished by Dec. 31, 2016.

Austal USA will be given a $53.4 million contract for the obtainment of long-lead-time material and initial engineering aid benefitting the design and construction of the Expeditionary Fast Transport (EPF) 11. Austal will also be tasked with obtaining ship sets for specification that aid integrated propulsion, main diesel generator engines, propeller and shafting, integrated bridge and, voice communications.

The Navy, Marine Corps, and Army will use the EPF to perform shallow draft transportation of personnel, supplies, and equipment while at high speeds.

More than $26 million in fiscal 2015 shipbuilding and conversion funding will be assigned with the award and will not expire at the end of the 2015 fiscal year. The contract was not competitively obtained. The work will be conducted throughout the U.S., and should be finished by November 2019.