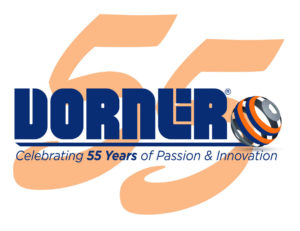 Dorner, producer of low profile conveyer systems for industries including automation, food, manufacturing, packaging and many others, this month is celebrating its 55th anniversary in business. From its humble beginnings as a little tool and die shop, Dorner has evolved through the years to become one of the most recognized global brands.

In 2016, Dorner reached its golden anniversary and celebrated the milestone with events at its Hartland, Wis., headquarters. Five years later, the company continues making history with achievements in product development and global expansion. Here are some notable highlights:

2017
Dorner Holding Company, the parent company of Dorner, FlexMove and Geppert-Band, announces a new partnership with the EQT Mid Market US fund, a leading investment firm headquartered in Sweden.

2018
Dorner Europe begins building its top-selling Next Generation 2200 Series low-profile belt conveyors from its manufacturing facility in Jülich, Germany, a significant step in being able to deliver conveyor systems quickly and more efficiently to customers throughout Europe and the Middle East. Dorner also completes a major expansion of its Germany facility with 2,120 m2 of production space.

The company’s three brands: Dorner Mfg. Corp., FlexMove and Geppert-Band GmbH merge into one consolidated brand: Dorner. The new Dorner boasts a global workforce of more than 400 and brings a diverse conveyor automation product line and extensive application knowledge to industries around the world.

Dorner opens a new sales and engineering office in Paris to better serve its French customers.

Dorner consolidates two existing product lines and unifies them into a single platform, which is now called FlexMove. While the FlexMove name isn’t new to Dorner, it now incorporates the features and strengths of the former SmartFlex conveyor line.

2020
Dorner Latin America continues to grow its capacity by adding the 2200 Series Precision Move Pallet System Conveyor as its fourth major platform to be assembled at its facility in Guadalajara, Mexico.

Dorner Europe expands its presence throughout the region by adding the 2200 Series LPZ (Low Profile Z-Frame) and 2200 Series Module Belt conveyors to its lineup of conveyor platforms being manufactured from its Jülich, Germany, location.

For more information about Dorner’s 55th anniversary, or its conveyor platforms, visit dornerconveyors.com. 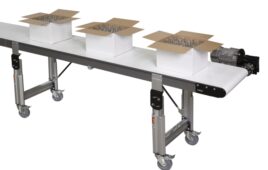 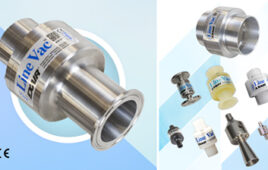 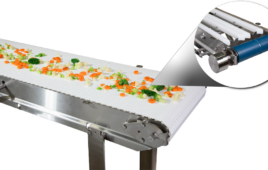 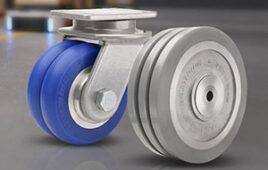