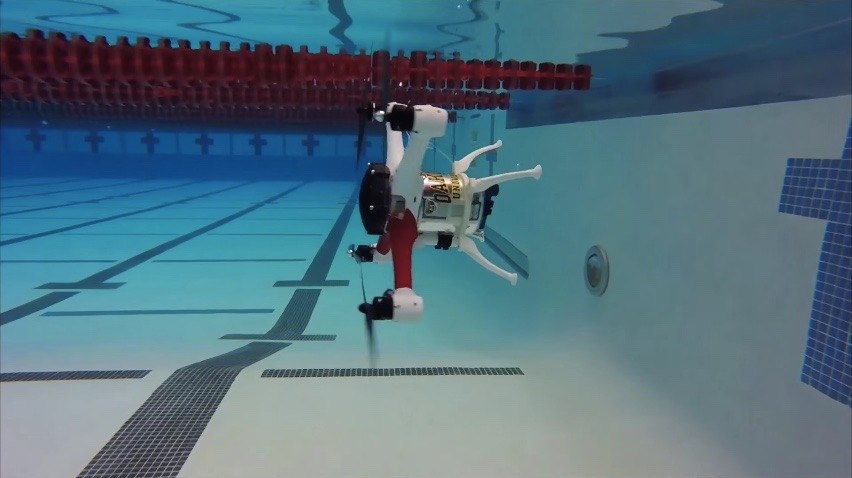 The drone, resembling a traditional quadcopter, is equipped to float on water—just like your standard Chinese food takeout in a bathtub.

Hanging below the craft’s airframe, however, is a cylinder that can change the drone’s buoyancy: when the cylinder is filled with air, the Loon Copter can land and float, using its blades to move. Once the air is pumped out and the cylinder fills with water, however, the drone tips to its side and sinks.

To transform from submarine back to drone, the Loon Copter simply pumps out the water ballast, causing the craft to float back up to the surface.

Significantly, the Loon Copter requires no energy to float and uses little power to change or control its underwater depth. Not having to rely on propellers is advantageous should the drone encounter any obstacles.

Right now, the Copter is a prototype (its engineers still have some kinks to work out, such as figuring out how to extend the drone’s underwater wireless range). Eventual applications for the technology, however, include environmental monitoring and underwater structure inspection.

The Loon Copter is a finalist in the 2016 Drones for Good Competition, which has received 1,017 entries from 165 countries.