The average small UAV drone sports an electronic controller that isn’t much more complicated than that on an ordinary radio-controlled plane. This processor generally doesn’t do much more than control flight surfaces and manage power as the craft proceeds along a flight path.

But the next generation of drones is likely to need a significant upgrade in smarts. The reason is that these vehicles will take on tasks that involve a lot of computational analysis, such as image recognition, and communication with computing resources in the cloud.

One indication of this trend is a recent development at PrecisionHawk, a maker of UAVs that collect information through a variety of spectral, thermal and radar sensors. The collected data is typically used for agricultural planning, ecology and surveying infrastructure. PrecisionHawk worked with Intel to devise a version of Intel’s Atom E3845 processor that is optimized specifically for use in UAVs.

The Atom processor is typically found in smartphones and tablets. It is a quad-core design that runs at 1.6 GHz with a graphics engine running at 200 MHz. PrecisionHawk VP of Product Development, Philip Ferguson, said the Intel collaboration helped customize the detailed I/O needed for the UAVs, particularly USB 3 and Gigabit Ethernet, along with special interfacing that allows the processors to work with sensors often used for imaging.

“The first versions of our bird could do calculations of the wind and some basic flight planning. We wanted to take that up a step so the aircraft truly understands what it is looking at,” he said. “For example, the UAV might look at a field, realize it is late-stage corn, and alter its flight based on what it sees. That requires high-level image analysis and an ability to move a lot of data from the aircraft to storage media. The onboard processor must detect features, change detection modes, stitch together images and detect thresholds in images. That’s not possible with low-end processors, but it is possible with the Atom.”

PrecisionHawk demoed its Intel onboard processing technology at the recent AUVSI Unmanned Systems conference. To show how the craft might communicate over the Internet in flight, technicians gave the UAV two target objects to locate as potential landing locations. During flight, teams on the ground sent tweets directly to the UAV, which then calculated what spot got the highest number of votes and landed accordingly. In addition, the UAV tweeted flight details from the air, such as aerial images, target location and altitude. 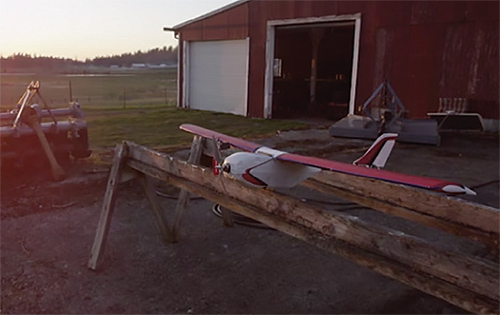 Despite the success of the demo, Ferguson doesn’t foresee the UAVs exchanging tweets in real applications. A more likely use for Internet communications would be beaming back compressed image data. “We want to use the Atom to do pre-analysis on the aircraft, so instead of sending back gigabytes of image data to the cloud, we might get it down to a few hundred kilobytes,” he said. “We might just send back field coordinates or locations of plants that are diseased. That information can be encapsulated in less than a megabyte.”

UAVs equipped with Atom processors will also resemble flying smartphones. “For tracking and avoidance, we will transmit aircraft location over an LTE network to a central database managed by the FAA and its Canadian counterpart,” Ferguson said. “They would watch the position of all the aircraft and do high-level traffic management. At the aircraft level, you need a processor that can accept messages from a central system. The FAA might tell the UAV it is entering restricted airspace. The onboard flight planner would tell the autopilot the flight plan has become invalid and needs to change.” 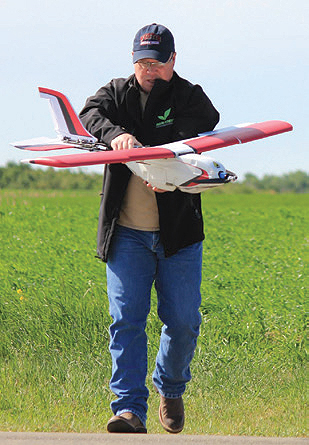 Surprisingly, the toughest technical hang-up associated with fielding such advanced UAVs may not be in the aerodynamics or processing. Rather, heat could be the main obstacle. “We want the UAV to be all-weather. That means keeping humid air out of it,” said Ferguson. “The electronics dissipates up to 10 W and sits in a small volume, so it can get hot. When it gets hot, the processor runs more slowly. So trying to bring in dry air to cool the electronics can be an interesting challenge.”