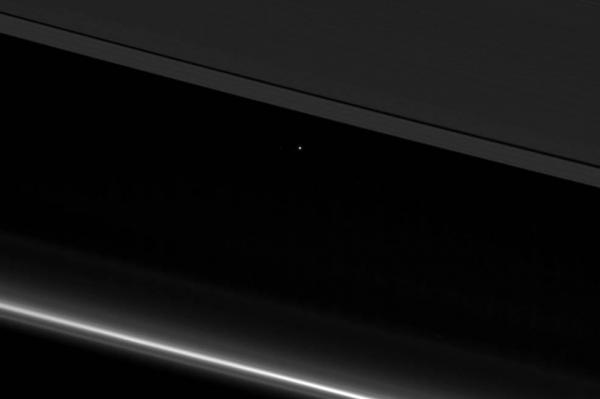 Cassini’s days are numbered, but the probe is making the most if its waning mission. In a new photo, the craft offers a unique view of Earth — a view from between Saturn’s icy rings.

Earth appears only as a speck of light in the dark space marking the gap between Saturn’s rings. When magnified, Earth’s moon also becomes visible — an even tinier speck of light.

Cassini was 870 million miles from Earth when the photo was taken.

On Saturday, the probe will embark on its grand finale, the final phase of its mission. The probe will plunge beneath the rings and through the gap separating Saturn from its innermost ring.

More images and atmospheric samples will be collected and analyzed over the course of 22 intimate orbits. On September 15, Cassini will make one final dive into Saturn’s atmosphere.